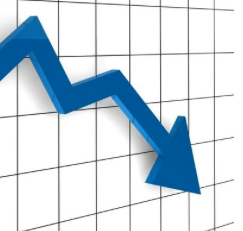 A story on TV1 News on 9 September was more interesting for what it failed to tell the viewer, rather than any information it was trying to impart.

Briefly, the story focused on a recent Colmar Brunton survey that stated that National’s poll rating remained “unchanged at 47 per cent, the same amount it attained at the election“. It also told us;

According to the story, the  Colmar Brunton Preferred Prime Minister survey gave the viewer  a ‘snapshot’ of the survey period 29 August to 2 September. There was no other context to the survey.

The viewer was not given information as to how Key’s popularity compared to previous Colmar Brunton surveys.

If TV1 News producers had bothered to do a brief search on the issue, the result would have given better context and a more overall, informative  picture.

For example, a Google search for past Colmar Brunton surveys reveals  the rise and gradual decline of our “popular” Prime Minister;

* Where multiple-polling took place within a given month, all poll results have been presented top give the reader a more accurate picture.

It is therefore apparent that to claim that “Mr Key’s personal approval ratings also continue to ride high” and that   “He’s steady at 40 per cent this month” – is not an accurate reflection of polling trends.  Those are misleading statements, creating a false perception of a politician’s standing in the electorate.

If this is the new standard of political analysis from TV1 News then the producers may as well not bother. There are plenty of crime, disaster, “cutesy animal”, and quirky-celebrity stories they could broadcast instead.

Perhaps serious political analysis should  best be left to the experts – bloggers.

TVNZ News: Nearly a year on from its election victory and National is continuing to ride high in the polls