The boycott of TV3 for the manner in which they killed off Campbell Live for political purposes isn’t easing up (now at 6738 members) and it’s taking its toll on the replacement show. 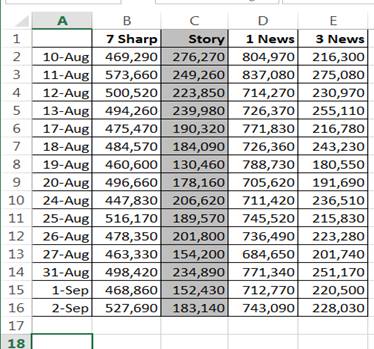 …Mark Weldon was recently meeting the American vulture fund who own Mediaworks to explain how his tactics have helped strengthen the networks position. Oh to be a fly on that wall.