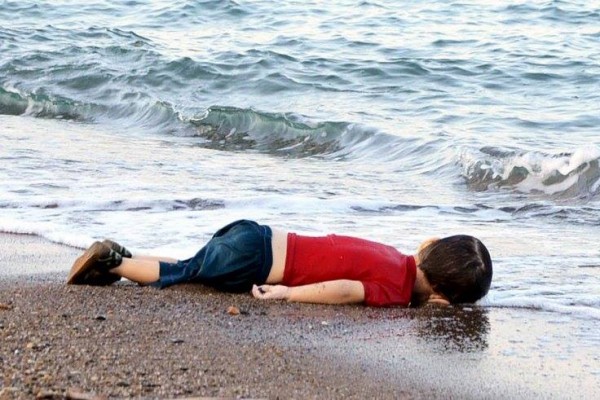 At no time since the Second World War has the world seen such huge human displacement.  Human misery is palpable, and the most appropriate emotion is one of empathy.  The pictures we have seen lately surely cause all of us to feel a sense of loss for our fellow human beings placed in such an intolerable predicament.

Yet, to our government, the ones who represent us – our ethos and what we stand for as a nation – there is nothing to see here.  Nothing can be done.

There is no refugee crisis – at least, there isn’t one that we have to deal with.  (lucky us)

This absence of compassion reflects poorly on us all.  Is this the point we have reached?  Are we so immune to human tragedy that we see no benefit in acting unless there is a financial benefit?  Are we a country run purely on spreadsheets and statistics?  What happened to principle?

This intellectual vacuum driven by focus group politics and an addiction to power does nothing for the development of our country.  We are poorer for it, and not in spreadsheet terms, but in pure terms of humanity.

The Universal Declaration of Human Rights is an outcome of the pain and human cost of the Second World War.  In 1948 the infant General Assembly of the United Nations passed this Declaration of the rights we deemed to be universal, acknowledging the importance for all, all of us, to have access to these rights.  At Article 14, the Declaration speaks to the right to claim asylum.

By 1951, a group of nations had come together to draft and complete the Refugee Convention.  Now over 60 years old, this document is truly one of the Twentieth Century’s most wonderful achievements.  It has literally and directly led to the protection of millions and millions of people.  It is our greatest human rights remedy.

The preamble to the Refugee Convention speaks to the importance of “burden sharing”.  While we baulk at the use of the term “burden” to describe human suffereing, it is a term of its time having been drafted in 1951.  Regardless, the underlying principle remains – that “developed” countries acknowledge that most refugees will be absorbed within the “developing” world, and for this reason developed states should pursue policies to alleviate that responsibility.

For us, a key way we do that is through our annual refugee quota.  Stuck at 750 now for thirty years, our intransigence shows an unwillingness to contribute and a presumption of no-responsibility.  New Zealanders cannot be content with this inertia.

However, the prime minister’s reliance on procedure (that there will be a review of the quota forthcoming) reveals a dismissive arrogance illustrative of an entire lack of empathy.  There is nothing – absolutely nothing – to prevent the government making a decision today to increase the quota.

The only obstacle is unwillingness.

Our unwillingness is compounded by our hypocrisy.  The government’s ill-advised decision to send troops to Iraq was premised on doing our bit.  Yet, the same principle is not applied here.

Further, our position on the Security Council is vacuous unless driven by principle and evidenced by our commitments.  Absent those commitments, and absent those principles, we are just filling in time wasting a seat designed for impact, but diluted by political cowardice.

It is time to do our bit.  Rather than the investment on our relentless pursuit of free trade (terms and conditions apply), or the $26 million spent on a flag vanity project more about legacy than identity, it is time to show leadership among nations and reflect our unearned self-image.

There are two tangible actions we can employ today – double the refugee quota, and actually use that Lazy Boy seat at the Security Council.