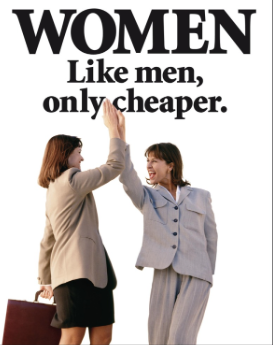 I sometimes wish that we had a People’s Party on the political left, and not a narrowly focussed Workers’ Party.

The pay equity proposal is to provide price floors on wages for certain occupations deemed to be underpaid because these occupations are female dominant, and because “structurally sexist” employers allegedly discriminate against women.

Remuneration for a profession is determined by a mix of supply scarcity (which can be created through unionisation), the value that the buyers place on the service provided, and the capacity of the buyers to pay high prices. For midwives the principal employer is the government (an effective monopsonist), and the government argues that it has a strictly limited capacity to pay for the services it purchases. Indeed the cause of the male-female pay disparity is much more likely to be because relatively more females are government employees (or contractors), not because the market is sexist.

In this case then, the solution lies in empowering governments to pay higher wages, and to pay more for services such as those offered by midwives. Maybe there is a case for governments to increase the price they pay for maternity services more than they increase the price they pay for police services? Certainly I don’t think anyone is arguing that the government should pay police less so that they can pay midwives more.

(One service they might want to spend less on is ‘means-testing services’. A universalist approach to social welfare substantially decreases the monopsony demand – by the government – for these services. Like midwifery, means-testing is a female-dominated service industry. And, as the Ashburton tragedy a year ago showed, it’s a dangerous job. I am sure that we can find alternative income streams for these women when a more humane and equitable approach to social welfare makes this particular service occupation redundant.)

The argument really has little to do with sexism. Good on midwives if they can gain higher remuneration through more effective unionisation; but don’t make it a demarcation dispute between different groups of workers. The matter of what people in other occupations earn should not come into it. It’s about whether the public wish their governments (central and local) to pay more for a number of services, including maternity care, and are willing to backup that wish by paying more taxes and/or incurring more public debt.

Librarians are another group of skilled mainly female workers, whose services I certainly value. Private sector (corporate) libraries pay more than public sector libraries do for librarians’ valuable professional services. It reflects the differing capacities (to pay salaries) of two different sets of employers. I would be interested to know if women working in corporate libraries believe that they are underpaid, and if so, is it because they, as women, are discriminated against. I suspect that there are many men – indeed male graduates – who would be happy to receive the salary that a librarian in a big law firm receives.

So, the way to achieve gender equity in the workplace is for society to ensure that the likelihood of an adverse outcome (and the extent of the adversity) for a male employee is the same as for a female employee.

One of the principal such adverse outcomes – from an employer’s point of view – is parental leave; not only leave to have children but also leave to care for them when they are sick. Another is the need for some parents to manage their hours of work around their duties of care for their children.

The solution is conceptually very simple, though the accompanying cultural changes might take a while to take full effect. Employers need to perceive that men will be as committed to the care of children (and the care of others such as elderly parents) as are women. Part of this requires that paid parental leave be equal for fathers as for mothers, along with the cultural change that would see fathers actually taking as much parental leave as mothers take. In order to achieve the required culture-shift, it might even be necessary to positively discriminate (with a sunset clause of, say, 10 years) in favour of paternal leave over maternal leave.

I’m in favour of extended parental leave. But I would like to see the discussion focus especially on the use of much more paternal leave as a means to increase gender equity in the workplace.

The Labour party should set its sights higher than it does at present; good welfare outcomes for the people, not just for fulltime paid workers.