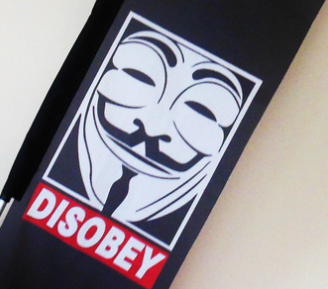 On 1 September, the Flag Consideration Panel, based in Wellington, whittled down ten thousand submissions for a new flag – to just four. Sadly, my personal favourite, ‘Lazer Kiwi’, was not amongst them;

On a more serious note; Key’s $26 million vanity-project – a new flag based on his own, personal, fern-fetish – has taken a step closer.

This  distraction from this country’s real problems (housing, child poverty, tanking economy, unemployment, etc) began as a joke that most dismissed with an eye-roll or shrug at best – and outright scorn when people realised they were paying for this exercise through their taxes.

It has been said that Key wants a new flag to be  his “legacy”.

It is a crying shame that he could not set his sights higher. Like eliminating child poverty.

That would have been an achievement. Key would have joined the ranks of honoured former prime ministers; Michael Savage, for introducing State housing and progressive social welfare policies; Norman Kirk, for saying ‘No!’ to atomic bomb testing in the South Pacific; and David Lange, for making New Zealand nuclear-free.

Instead, Key’s ‘ambition’ for this country focuses on a small  rectangle of brightly coloured cloth that we can wave in the wind.

As I wrote on 20 July, I will be participating in the upcoming two referenda on this issue. But not in the way our esteemed Dear Leader would like it.

I offer the following strategy for those voters who are opposed to this referendum;

The referendum will be carried out in two parts. The first part will be a referendum held in November-December this year to determine which alternative people might prefer;

This is the ballot paper to spoil by writing over it your opposition to this referendum. In a written piece entitled “Winston Flags Referendum For Protest“, fellow blogger Curwen Rolinson suggests writing “I support the current flag” on your ballot paper. Or you can create your own appropriate message.

The second part of the referendum will be held in March next year. This will be the run-off between our  current ‘Stars’n’Jack‘, and an alternative selected from Step 1.

This step must not be spoiled. A clear message can still be sent to our esteemed Dear Leader by voting for the status quo, to keep the current flag.

If the alternative is defeated, and the incumbent flag is maintained as the preferred choice, John Key will have been shown to have engaged in a vanity project, and wasting $26 million dollars of taxpayers money in the process.

By this simple strategy, we, the people,  can show the same scorn to Key’s  pet-project as he did to the asset sales referendum in 2013.

Fly your own flag of discontent.

Share the message. Spread the words: Spoil and foil.

It is in our power to stop one man’s vanity-project and his so-called “legacy”.

The Flag Referendum – A strategy for Calm Resistance