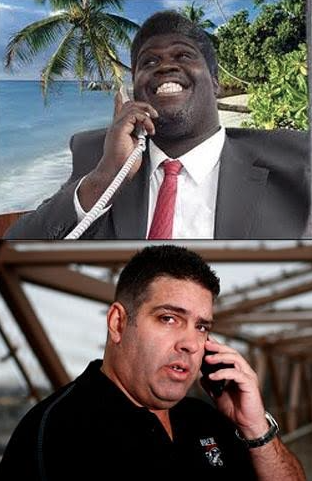 From: whaleoil@whaleoil.co.nz
Subject: From The Passenger Seat – WhaleOil Is Changing. Need Money Fast.

As you know, WhaleOil is this country’s most successful non-media media entity. We’re bigger not-journalists than even Mike Hosking. And our glass is *just* as half-full. Or, at least, it used to be.

You see, despite attracting over two million views a month from nearly three hundred thousand loyal readers (only half of which hail from IP addresses in the Philippines) … we’ve run into a spot of bother.

In the old days, back when this site was purely an archival repository of one man’s vagrant attempts to supplement his sickness benefit while overcoming his mental illness by ranting endlessly at the pinko-commie government … the site’s operations were largely self-sustaining. We made our money through ad revenue, and the fat wads of donations that came streaming in from certain political figures who *ahem* liked what we wrote about them so very much, they were prepared to pay us a cash advance before they’d even seen what we’d written about them.

(So despite what the arch-leftist Green Taliban would have you believe, that’s not “stories for cash” – that would entail people paying for stories *after* they’d been written rather than before. And after all … a goodly chunk of our income came in from people who liked that we were *not* writing stories about them, instead. So the whole thing’s completely inaccurate)

But recently, we’ve hit a bit of a snag.

Those dastardly red-tinge pimply-faced internesto Che Guevara wannabes have found our weakspot. Our Achilles Flipper, if you will.

They’ve worked out how to hit us where it hurts. In the pocket-book. By means of the ad-revenue.

Through the frankly monstrous means of using free market capitalism against us, they’ve started complaining to Google Ads about what goes up on our site. Which cuts into our revenue, big-time!

Worse, still … the arrogant bastards have even started installing ad-blockers on their browsers, so that no matter what annoying pop-ups or flashy banner-wavers we code into the messy bowels and intestines of our cetacean-powered Raft of the Medusa, you don’t have to see our precious, precious ads. And that means revenue lost. We’re haemorrhaging hundreds of dollars here!

And unfortunately, it couldn’t have come at a worse time. As you may have seen in the media, that imbecilic political werewolf Colin Craig is suing the pants off us for the shirt off our (collective) back!

How were we supposed to know that the most litigious pretend-politician in the country would try and take us to the cleaners just for alleging that he’d had an affair with his press secretary and an as-yet imaginary woman?! If anything, we were doing him a favour! Before us, he just looked a bit weird. WE GAVE HIM SEX-APPEAL, DAMNIT! AND PLACED HIM ON THE SIDE OF THE MORALLY RIGHT! THE MAN SHOULD BE PAYING US A P.R. STIPEND!

Oh, right. Pleading with you, our readers, to help float our boat with your precious hard-earned fiscal liquidity. Our Whale is beached as, bro. And only your outpourings of cash all over the greasy bastard will be able to keep him alive, and his many paid minions in bread-sticks and butter. (Best not to ask what we do with the butter)

Right now, Cam Slater’s on Trademe auctioning off his nearest and dearest precious possessions to keep us running and try paying our legal bills. He’s already been served with bankruptcy papers. We can’t go on like this!

So what can you do to help us out of this quang-tastic quagmire?

First up, start wiring money to our account. In return for this you will, in a few weeks, be given privileged access to a less-ads version of WhaleOil. We hit upon this revolutionary idea when we realized how much of a mint we were making off people paying for us not to talk about them. So we figured … “why not apply the same logic to our advertising?” If people will pay for non-exposure, then we’re sure you’ll be happy to pay for us not to expose ourselves at you through banner-ads.

Next, complete consumer surveys on our site. You may not get the promised supermarket vouchers (we’ll be keeping those in order to pay for Cam’s fairly massive food bill) … but at least it’ll help us to keep our costs down, and you get to inform the market.

And third-and-finally, you can opt-in to our exclusive Whale-Flail Fan Club. Receive special direct-message emails from Slater himself! If you opt for Gold Card status, you’ll even be privileged enough to get TEXT MESSAGES from him. Why, that’s a rare treat hitherto only available to the Prime Minister and Judith Collins!

And remember: for every hour that you’re not viewing our ads or paying for our emails … a hungry whale waits!

In a shark-tank. Sort of like the ones your average Bond villain would use.

P.s.: do us a favour and buy a WhaleOil fedora from the gift-shop on your way out.