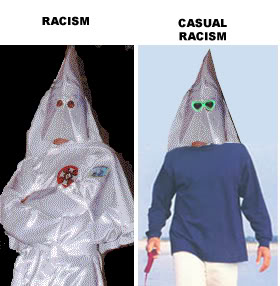 A few weeks ago I attended the opening of a spanking brand new facility in south Auckland. As the only person from my local board present, I was keen to stand alongside my colleagues just over the border who had worked tirelessly for some years to bring this project to fruition. It’s a great facility and I encourage people to pop over and check out Toia – the Otahuhu Recreation and Leisure Centre and library when you get the chance.

I arrived about 20 minutes prior to the official programme starting and thought it would be a good idea to get a sneak preview of the facility with time to spare. I approached the front desk and politely asked if I could go through and have a quick look around the pool facility before we got underway. The counter people told me that I couldn’t enter as I needed to wait for the opening to begin. Sweet as.

About to walk away two very well dressed palagi women walked right past me and called to the counter staff that they were going to have a look around before the opening began. To my surprise, not a word from the counter staff. As the 2 well dressed palagi women walked in, 3 well dressed palagi men came out of the facility (one being a councillor colleague), quickly stopping to greet me as they left saying that I should go in and check the place out. After our short greeting I turned to the counter staff who now looked very awkward but remained silent. I gently told them that they had to succumb to the stereotypes that Council officials look and sound a certain way. And further, that they held racist views and would do well to confront their prejudice. It took all my deep breathing techniques to hold back some descriptive words that would’ve been my preferred sentences, now walking away to join the official party.

Back at my desk on Monday, I thought to send an email to the manager to advise of my experience at the weekend opening. I decided not to name any people in the letter, but merely outline what happened with the view to improving practice and hopefully, internally held perception. The manager person came back a couple of days later apologising that that was my interpretation of events and it came down to the centre staff being “very busy on the day and trusted the incident was a one-off”. I couldn’t have felt more reassured!

Critical race theorist Gloria Ladson-Billings contends that racism is a normal part of everyday life for minority groups (2005). That race is never a focal issue for white, middle class and privileged groups because society is built on their accepted norms and traditions. Both the treatment I received and the subsequent (and supposed) letter of apology is evidence of the very dismissive, normative nature of how minority peoples’ daily racism is (mis)treated and poorly understood. Since being elected onto Council, this isn’t the first instance of this type of treatment and if recent history is anything to go by, it’s by no means the last.