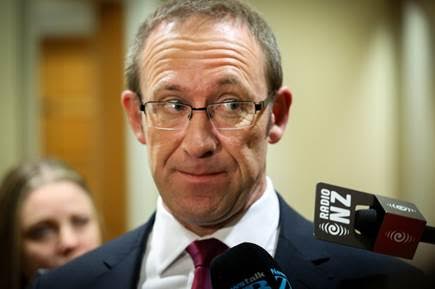 WHO politicians turn to for advice tells the world a great deal about what sort of people they are. Do they go straight for the professionals? Or, do they rely on friends and family? Most importantly, do they seek guidance from people who simply reinforce their prejudices, or are they guided by those who are willing to openly challenge their deepest assumptions?

The Labour Party leader, Andrew Little, is a cautious man, and, by and large, he has opted to surround himself with cautious people. Professionally trained, himself, he expects a high degree of professionalism from his staff. As a lawyer, he has a natural  inclination towards following the rules of whatever game he is playing.

Persuading Little to take a risk is hard work – but not impossible. His decision to keep on David Cunliffe’s Chief-of-Staff, Matt McCarten, is a case in point. McCarten’s radical reputation would likely have proven too much for Little’s rivals, but his own background in the trade union movement made Little much less prone to an attack of the vapours. McCarten may talk like a revolutionary, but, as the leader of the Unite Union, he always knew when it was time to tie up the attack dogs and seal the deal.

Little was also aware of just how much he owed McCarten for his wafer-thin victory over Grant Robertson. It was, after all, McCarten who, like the Praetorian Guards of Imperial Rome, understood the supreme importance of timing in the “transition” from one Caesar to the next. It’s never enough, simply to know when the moment has come to strike down the Emperor who has failed, one must also know around whose shoulders to drape the blood-stained purple toga, and upon whose head to place the golden diadem. McCarten chose Little’s head – and Little knows it.

Little also knows that the best service McCarten can offer his leadership is to embrace fully his role as the Emperor’s Praetorian enforcer. This was, after all, the role at which he excelled when he was with the Alliance. In Jim Anderton’s fractious coalition, McCarten was the man who kept the noisy ones quiet, and the quiet ones under surveillance. Little has put McCarten’s head-kicking skills to work in the Labour Party where, by all accounts, he has picked up from where Helen Clark’s fearsome enforcer, Heather Simpson, left off seven years ago. Given the extraordinary lack of discipline in Labour’s ranks since 2008, one is tempted to observe: and not a moment too soon!

McCarten, however, will always be an ally of Little’s – not a mate. That title belongs to the man he has appointed his Political Director, Neale Jones. The two men both hail from the Engineering, Printing and Manufacturing Union (EPMU) where Jones served alongside Little, before haring off to the UK and contracting himself to a number of progressive and campaigning NGOs. If London can be said to have a “beltway”, Jones clearly knew his way around it.

And therein lies a potentially very large problem. Unlike McCarten, who brings with him the whiff of cordite and a kit-bag full of class-war stories, Jones is very much the political technocrat. In this respect, he is very like his boss: dogged, well-briefed, sensitive to the rules of the game, and thoroughly unimpressed by political passion. Hence Jones’ aversion to rushing Labour into anything. After the disasters of Goff, Shearer and Cunliffe, he believes Labour priorities should, for the moment, be strictly remedial. Not until the public’s lost love for Labour has been restored will Jones be happy to let the party, its leader, and its long-suffering rank-and-file, let fly with a little live ammunition.

How, then, to explain Labour’s curious foray into the treacherous territory of ethnicity and foreign investment? Who was it who thought singling-out Chinese investors in a city where Chinese residents make up nearly 10 percent of the population was a good idea?

The man responsible for manipulating the leaked Auckland housing statistics into something Labour’s housing spokesperson, Phil Twyford, could use was Rob Salmond. Anyone looking for proof of what can happen to a political party when it allows itself to be persuaded that politics is not an art – but a science – need look no further than the relationship between Labour and Salmond.

After a few years teaching at an American university, Salmond returned to New Zealand certain he could adapt the techniques he saw employed by the Obama Campaign to New Zealand conditions. This is the “science” of politics that sends out postcards detailing the voting habits of people’s neighbours, in an attempt to psychologically dispose them towards doing the same. Somehow, Salmond persuaded the Labour Party to unleash these sorts of highly manipulative tactics on the long-suffering New Zealand voter. Sadly, as we all know, his political “science” failed to fire, and Labour’s share of the popular vote declined to its lowest point since 1922.

Salmond has recently posted a couple of articles on the Public Address Blog in which he wields his ideological agnosticism like a club against anyone who dares to argue that political parties should “stand for something”. All that matters, according to Salmond, is winning over “the middle” – a political designation, apparently, determined not by geometry, but by opinion polling! How one accomplishes this feat, without sacrificing a political party’s ideological (and hence electoral) coherence, he does not elucidate.

Salmond’s overall influence within the Leader of the Opposition’s Office is difficult to judge, but Little should think hard before again taking him into Labour’s confidence. His insistence that there is a road to electoral victory that allows a political party to bypass the ideological commitments inseparable from political conviction; that elections can be won by some sort of tricky “scientific” fix; if accepted by Little and his team, can only place New Zealand Labour in the same sorry position as the British Labour Party under Ed Miliband.

How ironic it would be if, just as Jeremy Corbyn is showing us how Labour politics can be made to work, Little threw in his lot with those who have, to date, only shown us how to make them fail.