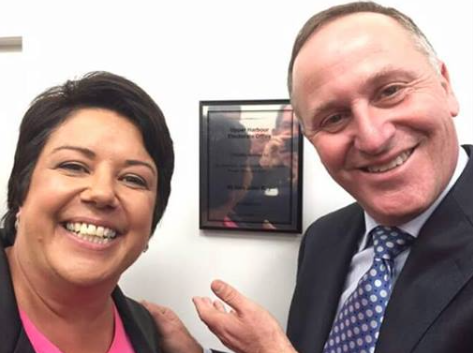 My home, Tikipunga is certainly one of the rougher neighbourhoods in Whangarei. It borders perhaps the poorest enclave of this depressed town, Otangarei, a suburb said to be run by gangs and where no business can operate without paying “tax.”

Two welfare homes for children are run by CYFs in Tikipunga. They’re big residential homes where caregivers come in and live. They’re usually paid poorly, but in Whangarei, jobs are hard to find. And while many caregivers approach their work with compassion and altruism, there are those who desperately need the work, despite being ill-equipped to handle their often damaged and disturbed charges. And then, of course, there are those who see these inadequately supervised jobs and as an opportunity to predate on the poor children they’re paid to care for.

Running a system that allows this to happen has meant that CYFs has been operating in a state of post traumatic stress disorder for decades. Without adequate funding to ensure the well-being of their child-prisoners, the government agency’s responses come in the form of utter neglect or massive over-reaction.

In a three year period, two such cases have emerged from these “homes” located in my suburb. The first involved a lovely, altruistic, kind and gentle woman. Her evident warmth did not influence my critical eye which knows that this is how most abusers seem. Even so, she was educated and highly employable. It seemed more likely that she was doing this work for good reasons rather than taking a pay cut so she could be violent to children.

The allegations of physical violence against a number of children were astonishing. A child, shaken from a tree, falling and breaking her arm. Others forced to sleep outside in a treehouse, despite the frost. Beatings with bruises that were never seen despite school swimming and visits to the doctor for unrelated issues.

The next also involved allegations of violence, but included a rape. Then another complainant came forward alleging rape. The first complainant was reinterviewed and more charges emerged. His vehement denials were supported by the fact that there had been no action from CYFs, despite evident dysfunction within the facility.

As I hide in the dark, rubbing the fur off my poor cats and dog, I wonder how I can feel sorry for myself, suffering the awful task of cross-examining these poor children. Having been there, abused while in care as a youngster, there’s no doubt that this kind of work is challenging for me. Going to work in the morning, knowing that I am going to hurt children by cross-examining them and challenging their honesty, isn’t for everyone. It’s a very dark place for all who venture there.

There is no black-box to record the events and their sequence in these disasters, but poor pay and a lack of oversight are evident in them all. A lot more care and compassion is required and Minister Tolley’s statement that she doesn’t want to “fall into the trap of throwing more money” at CYFs beggars belief. Better support is clearly needed and better pay will attract higher quality caregivers.

Meanwhile, the cross-examination of children, for a change, became a pleasure in the case where the woman was acquitted. Despite the almost unimaginable bleakness of this task, these kids’ eyes still had a sparkle in them as I gently built rapport, talking about their whanau and the trip to court. Their stories, perhaps concocted out of a desperate effort to be noticed and loved were clearly dubious. One laughed when she agreed that she hadn’t been made to stay overnight in the tree hut. “And I didn’t really get shaken out of the tree and break my arm either.”

And as these words were uttered, tears fell from the eyes of a good woman who sat in the dock, a prison guard at her side. Despite her compassion for these children, there just wasn’t enough of her to go around to give them the love they not only needed but had been starved of. The love that CYFs continues to starve these kids of by inadequately funding the service.

And while there wasn’t enough to go around while she worked in the home, now there wasn’t enough left of her to go on. She cried again when I sat on the deck having a drink nearby home. She thanked me for the job, but I pointed out that bullshit stories rarely fly in court and, in the end, the process served her well. The laugh and the sob combined. She didn’t see it that way. A lack of support and shoddy investigation had all but broken her. She’d never do that kind of work again.

The children of Tikipunga were poorer in so many ways afterwards, particularly those who went on to give evidence in the trial of the caregiver who was found guilty of rape.