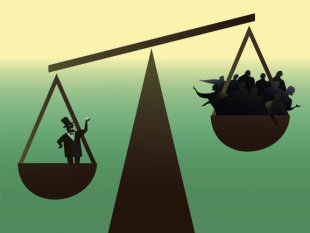 If one were to be cynical about the appalling number of children abused by our own state agency, one would suggest that If NZers want a sex offenders register so badly, perhaps they can start with listing all the CYFs offices.

We have a Government who underfund public services because they’ve decided to borrow billions in tax cuts for the richest and sold assets that generated revenue so that when underfunded public services like CYFs fail the justification to privatise those social services can be used.

It’s all so painfully obvious. National are doing this is state housing, education, prisons, disability sector and now with CYFs.

Tolley will use this report to argue for privatisation, that’s not the answer. The answer is that they actually fund these services properly, and the cash for that should come from the billions National have borrowed for tax cuts.

National will use these terrible stats as a way to trick NZers into the next round of social service privatisation.

For those who cry ‘where is the money to fully fund CYFs so that kids in state care aren’t being abused’, I have a very simple answer.

Want to know where we’d get money so kids in CYFs aren’t abused? The cost of Government selling 49% of our power companies is $871million!

Imagine if we had not sold our assets. We would have that billion to spend on the downstream series so that kids aren’t just dumped off in lowest care facilities to then get re-abused!

This Government borrowed billions in tax cuts for the rich, and then subsidised them to the tune of hundreds of millions into buying shares in NZs public power companies. Don’t tell me we don’t have the money to ensure children aren’t being hurt, oh we have the cash, it’s just that this Government chooses to hand that money to the rich.

This is the consequence of a right wing National Government who speak the morality of small business, yet practice in the interests of corporations and the wealthy elite. If we had not privatised our public assets to the already wealthy, we would have the money to fully fund these services. They have been purposely run down so that privatisation looks attractive.

National have done it in prisons with Serco, they are trying to do it in education with Charter Schools, they are underway trying it in social housing, then they will try it with beneficiaries.

The long term revolution National want is to shrink the Government, aid the wealthy and screw the poor. By eliminating revenue streams for the Government, National can underfund these public services and then forward the argument of further privatisation under the guise of fiscal responsibility.

The obviousness of this must cut through our cultural stoic masochism at some point and those in the middle need to realise their wealth accumulation in housing is an illusion.

How much egalitarianism will Middle NZ lose for that illusion?