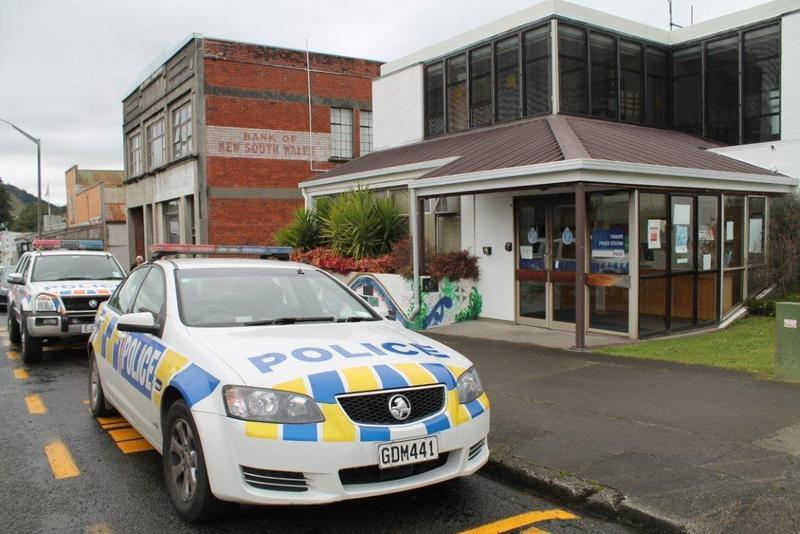 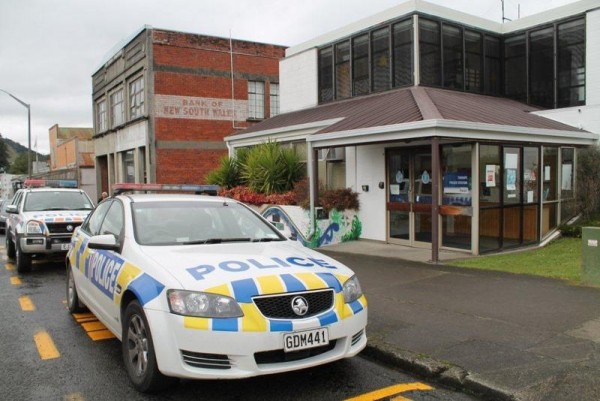 It was never comfortable going to the Taihape Police Station, but after the 100th time I no longer felt inexplicably guilty as I turned the simple handle and crossed the threshold.

It wasn’t just the discomfort that any newly-reformed character experiences. On court days a tie was expected of the only local reporter, but as best I could, I corrupted the otherwise unwritten dress code of sports jackets and slacks that marked the line between blue and white collar.

It was indeed a surprise that I’d even been given the job, but the parsimonious employer, hilariously named “Mr Love” was desperate, as was I. As the most lowly-graded graduate from the Wellington Polytech journalism course that year, there was no doubt he and I were both scraping the bottom of the barrel. He looked at me, aged 20, greasy helmet hair over my ears, a black Honda 750 attracting attention from children on the footpath outside and that wild-eyed look that would stay for days after a ton-up trip down the Island.

He looked at me and my boots. I apologised, but reminded him that I was on my way home to Wellington on a motorbike when this interview opportunity had come up. I could be back tomorrow, suitably-dressed, I told him. He looked utterly unconvinced. I thought about telling him that if it wasn’t me, then he’d probably have to settle for someone with bare feet.

He let out a deep sigh and told me he’d expect to see me Monday at 8 sharp. He gave me a number of a family who’d take a boarder at short notice. He crushed my puny paw with his massive mitt. I rode off, responsibly, at least for the first few kays, speeding up to drive away the thoughts of how I’d break the news to my soon to be ex-girlfriend.

I throttled on up the Mangawekas, letting my speed rise until there was no room for anything other than the moment; my entire future held between my fingers as the world flashed by. The trance wasn’t broken until nearly Foxton when a kind driver flashed her lights at me, warning of a speed trap ahead.

Nineteen eighty one was a difficult year in Taihape for a left wing queer hippy with no love for rugby. The Gretna Hotel’s neon light had been reduced to a shabby “tna Ho e” and summed up the demise of so many towns that had prospered in the days of rail.

The drinking culture was still alive and well though and, of course, with no public transport, inevitably a good many people drove home drunk presenting not only a danger to roadside scenery, but themselves and, of course, the drunken occupants of their cars.  Rarely were racing driver tricks attempted by these people. Getting home safe was miracle enough for some without reducing the prospect with attempts at emulating Ayrton Senna.

As for me, I’d learned my lesson about drink driving, an ugly skin grafted leg earned when I was 16 was there to remind me of the importance of flying straight. But, on this Monday, I was a little concerned after I’d taken a bit of tumble the Friday night before. I reached out for the handle on the door of the Police Station “to check if there was any news.”

The handle pulled away from as I reached it and the door flashed open to reveal a very large man who I knew as Sergeant Tikitiki. He wasn’t smiling, but stepped aside and, as if directing traffic, ordered me inside. He closed the door and parked his not inconsiderable backside against it and let out a deep sigh. There was no doubt in my mind. I was detained.

He had my full attention as he made it clear that he was more interested in detaining me than conveying details of the weekend’s wickedness.

“Had a bit of crash on Friday night?” he said rhetorically.

“Been drinking?” he again asked, his face clearly expressing the his clear knowledge that I’d been at the Taihape Working Men’s Club for a sherbert after work.

“Just a single milo,” I quavered.

“I didn’t want those villainous towies to get my bike and charge me a fortune. I went to get my mate.”

“The old lady said she could smell booze on your breath.”

“Nonsense, I was ten feet away,” I blurted before realising that it probably didn’t help.

“She said you were weaving as you ran.”

Sergeant Tikitiki let out a snort of satisfaction and his face softened. I had indeed left some blood behind.

“Are you going to fix her wall?” he asked. I hadn’t even seen the wall at the time. Skidding down the steep road in my Hallenstines polyester pants, my passage lubricated by hot oil of my stricken and sliding bike, I had been more concerned with the looming lamppost. I’d rolled from my back to my front at the last moment, missed the post and ending up in the gutter. I’d stood up to see the smoking carcase of my beautiful Honda lying on her lawn. “My wall, my wall,” the old lady cried as she rushed out on to the lawn. I could see no wall at first, but then realised that it lay in all its multi-coloured concrete block glory flat on her lawn.

With a bloody paw I fished out my wallet and gave her my card, cutting a gap before my shoe filled with blood from my leaking knee.

The Police Station was usually a hive of activity with constables searching and pecking on their old Remingtons as they typed their reports in triplicate. The usual comedic scene which usually had at least one of them fighting the ribbon with inky fingers was very quiet. No one was typing. No inky fingers could be seen.

“Of course I’m fixing the wall,” I said.

He looked at me with a deep suspicion that did not need to be feigned. Slowly he moved his large form away from the door, opened it and stepped aside. “We have no news today,” he said with a beautiful smile. I stepped out, wounds aching in the cold Taihape winter’s morning.

I felt no indignation about this unlawful detention by the Police. I was grateful that I hadn’t got a ticket for careless driving. The need to fix the damage I’d caused went without saying and I didn’t begrudge Sergeant Tikitiki for the way he’d approached the task and ensured my victim was looked after. This was his focus.

Fast forward 34 years and I’m at home when there’s the sound of a wheelspinning turbo car and then of a bomb going off. The dog goes crazy and we all rush outside to see two of the family’s cars destroyed and a steaming Nissan Skyline steaming on its side. Two dopey guys emerge and, given they were unhurt, I went inside to get my trusty pen and paper.

When I got out, they’d righted their car and were now pushing it down the road in what seemed to be an attempt to cut a gap without sharing their details. A million candle-power spot light stopped them in their tracks long enough for the police to arrive and take the driver away.

And not before time as an angry crowd of residents, sick of boy racers on our quiet dead end street, started to vent their displeasure. The police arrived, then an ambulance, followed by the cheery tow truck driver, gleefully looking at the three destroyed cars.

Armed with the villain’s phone number, I rang him a couple of days later and told him that the insurance company would sort out one of the cars, but that my son’s vehicle was on him. He had a one-off chance to settle up by paying my son $3,000 by the end of the week.

He didn’t he said, have any money. I told him that when he appeared in Court, a statement would be put before it. It was normally called a victim impact report, but mine was going to be headed up as “Person offended against.” I told him that this was because I was no one’s victim. I have victims, I told him. The statement, I said, could read along the lines that he’d come to our quiet street from the other side of town. Without a licence and in a borrowed 400hp car, he’d terrorised the neighbourhood, frightening the animals and destroying property. He’d then left, refusing to pay the bill and leaving me to clean up his mess. “I’ll tell the judge to put you in jail,” I told him. There was a gulp down the phone.

“On the other hand,” I said, “I could provide a statement which talked about how accidents happen and how we were all young once and that you’d done your best to fix the damage. I could say that the loss of a licence is a hard thing for a young fella in the provinces and that fines or community work would only get in the way of paying his debt.”

He agreed to pay. The next day the phone rang. It was the Police. They were concerned about my intimidation of their poor defendant. I explained that in the recovery of this debt for my son, people were either part of the problem or part of the solution. Appreciating the reality of paying one’s debts was something that many people found intimidating. I was helping him confront any insecurities or difficulties he might have.

The money was paid. The letter to the judge was written and the young fella got off comparatively lightly in these highly-regulated times. But at the end, I couldn’t help but think of a simpler time and how Sergeant Tikitiki might have been able to sort it out a whole lot more quickly.