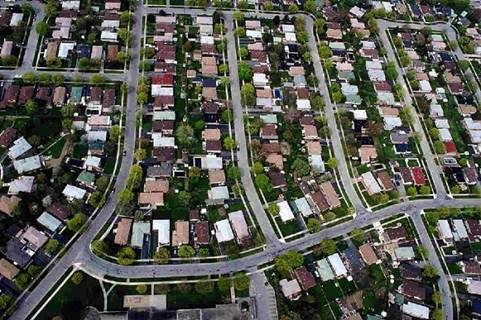 YOU KNOW THE LEFT’s on a roll, when Labour’s number-cruncher, Rob Salmond, comes out “In Defence of the Centre”.  It’s all Jeremy Corbyn’s fault, of course. Even here, in the far antipodes, the excitement generated by his campaign for the leadership of the British Labour Party is palpable. It leaps out at us from the videos of packed halls and chanting crowds. And we know it’s real because, from his enemies, we get only scorn and hatred – and the unmistakeable stench of fear.

Along with all the same old arguments about elections being won in the centre. Which is, of course, true – but trivial. In a society where enthusiasms of any kind are regarded with deep suspicion, it is hardly surprising that people overwhelmingly characterise themselves as inhabitants of the centre ground – “Middle New Zealanders”.

That most self-identified “centrists” are no such thing never appears to bother the political scientists of this world. To the number-crunchers of electoral politics the only thing that matters is that there are a lot of them. So many, in fact, that it is more-or-less impossible to win elections without them. But let us be very clear about the priorities and preoccupations of this group. It is “centrist” only insofar as it occupies the swampland between the shores of rock-solid belief that loom to left and right.

Centrists’ “ideas” are a weird amalgam of television images, talkback arguments and newspaper headlines. Their morals are drawn from half-remembered parental reproofs; lines from songs, movies, TV dramas, novels and magazines – not forgetting pub-talk and the angry abuse of social media. Centrists communicate in the common parlance of popular culture: the inconsistent, self-contradictory and ever-changing patois of office, street, tavern and suburban lounge. Politically-speaking, the Centre is a rubbish skip: if there’s a message in there, then, for the most part, it’s a very confused one.

And if that sounds like the manifesto of your average political party, then you’re right on the money. The endless pursuit of the Centrist voter has reduced our politicians to the equivalent of those journalistic low-lifes who go scavenging through the garbage of the rich and famous. In much the same way, the carelessly discarded detritus of the men and women “in the middle” gets picked over by political rubbish men, cleaned up, and re-cycled into party policy.

The enormous appeal of men like Jeremy Corbyn is that their messages do not carry the oily patina of the centrist swamp. People respond to the message’s clarity, its simplicity, and the way each piece of its fits together to form a coherent picture of an alternative future. At first, not everybody sees the picture, but before too long word of its power and beauty spreads. There are images of it on television; arguments in its favour are heard on talkback; and it gets condensed into newspaper headlines. Parents recall catching a glimpse of the picture when they were young. There are songs about it – movies and TV dramas follow. It’s talked about in offices, streets, pubs and suburban lounges.

And the political rubbish men who go poking about in the skips of the Centre are suddenly confronted with evidence of some very different patterns of consumption. And the message it conveys is very clear.

The Centre has changed.