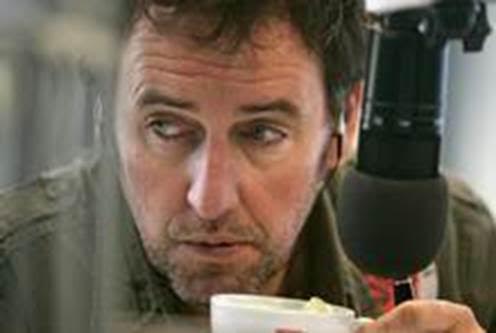 WHEN IT COMES TO RATINGS, Mike Hosking is a winner. He knows it, his employers know it, and, if they’re honest with themselves, the Daily Blog’s firebrands know it too. What he says to Newstalk-ZB’s listeners is, for the most part, well received. Which is why Newstalk-ZB’s breakfast show is the most popular product on commercial radio. Seven Sharp’s viewers, likewise, are insufficiently offended by Hosking’s opinions to change channels. And that’s all anyone has to do, FFS – if they don’t like or approve of Hosking’s shtick – change the bloody station or switch channels. Their forbearance, in the case of Seven Sharp, is what made the programme roughly twice as popular as Campbell Live.

Though it pains the Left to admit it, Campbell Live was a vehicle for values shared by fewer and fewer New Zealanders. Thirty years of neoliberal hegemony will do that to a country. The social-democratic culture in which Kiwis over 50 were raised, while very far from being dead, can be accessed now only through the indistinct portals of nostalgia. By contrast, the culture which succeeded it, whatever people choose to call it, is everywhere you look. Love it or hate it, this is the culture we are all required to move and function in: the culture that counts.

Mike Hosking is perfectly suited to this new, market-driven, culture. The social-democratic values that permeated the old state broadcasting system was never one in which he felt comfortable. It was too sedate, too elevated, too wedded to the Reithian ethic for a broadcaster of his voluble and quicksilver temperament. [Reithian: Named for John Reith, the first Director-General of the BBC, who held that the role of a public broadcaster was to “inform, educate and entertain” its listeners and viewers – C.T.]

The Hosking personality: self-confident, thrusting and ambitious; scornful of those who cannot reach conclusions quickly and definitively; and unshakeably wedded to the idea that if success is not recognised by, and reflected in, increased material wealth and higher social status, then it isn’t really success; was, however, supremely well-adapted to the new world ushered in by the changes of the fourth Labour Government.

Who could forget the Hosking interview with a Labour Cabinet Minister during which the hapless politician was incautious enough to ask the, by now extremely well-paid, broadcaster how much he earned. “More than you do!”, Hosking snapped back without missing a beat. Seldom has a Cabinet Minister looked so crestfallen. It was vintage Hosking. In the new era, ushered in by Rogernomics, human worth was measured by the quantum of an individual’s income. If he earned more than a Cabinet Minister, that could only mean that he was better than a Cabinet Minister – and Hosking wasn’t the least bit afraid of letting Cabinet Ministers know it.

The Left, of course, rejects Hosking’s world view as utterly repellent, and condemns it as antithetical to everything they believe in and want for the world. From their perspective, it is morally indefensible that such a person should be accorded the privilege of daily addressing hundreds-of-thousands of their fellow citizens. But the corruption they believe his unabashed worship of wealth and status is bound to work in the body politic was already dissolving “Old” New Zealand long before Hosking took possession of Sir Paul Holmes’s prime-time batons.

The sad fact is that Hosking is not the problem, merely its artfully tousled personification. His high ratings among 18-35 year-olds is explicable only if we accept that, in the eyes of those who have grown up under neoliberalism, being rich and famous is the indisputable desideratum of twenty-first century life. These youngsters have no wish to tear Hosking down, on the contrary, they want to be just like him. Wealth and fame have become the markers of a life well lived. By this reckoning, reiterated over and over again in Hosking’s speeches and columns: success is well-earned, by definition; and failure is merely Nature’s way of delivering her pink slip to those unfortunates on the wrong side of the Bell Curve.

If this is “right-wing bias”, then the whole era through which we are living must be adjudged in precisely the same terms. Hosking is not a megaphone for neoliberalism, he is its bright and shining mirror. And those who accuse him of being John Key’s “stooge” simply do not appreciate the chemistry at work between them. Mike Hosking might earn more than the average Cabinet Minister, but all his thrusting ambition has not come close to earning him a fortune of $55 million. To the Hoskings of this world (and there are many more of them than the Left would like to think) Key’s fortune is proof positive that the Prime Minister is a superior human-being.

Mike Hosking’s heart of gold: cold and glittering as any precious metal; goes out to the ubermensch born in a state house. When God and Mammon have become one and the same – where else would it go?