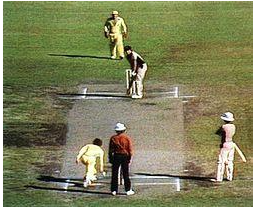 In New Zealand we love our sport. It used to be just rugby, cricket and the Americas Cup but nowadays there is plenty to choose from including multiple sports channels on SKY for those who just can’t get enough with a single channel. We love to compete, we love to support, we love to win  and we definitely love to have an opinion.

I doubt there is one New Zealander over 40 who does not remember the “underarm incident”. New Zealand vs Australia in the 1981 Cricket World Series final. The series was drawn 1-1 and in the crucial 3rd game New Zealand needed 6 runs off the last ball to tie the game. Then, with the world looking on, Australian bowler Trevor Chappell rolled the ball down the pitch in underarm style. The initial reaction was one of shock and disbelief.

The crowd booed and commentator great, Richie Benaud (an ex-Australian cricket captain), described the act as “disgraceful”. Both the New Zealand and the Australian Prime Ministers condemned the action.  There was public outrage.  The protests resulted in a rule change so that it will never happen again and it never has.

It is my view that politics matters, just as much, if not more than, sport.  Those in politics have a much greater ability to influence, for better or worse, the lives of others. We won’t always agree on the right mix of policies and sometimes when the debate gets heated it might well feel like a finals contest in the World Series. Despite all this, however, we should never stoop to the underarm ball.  We should be better people than that.

My wife and I have just published a booklet “Dirty Politics and Hidden Agendas” in which we exposed the actions of 3 individuals in a recent defamatory attack against me. I am not the first to be attacked in this way but if possible I would hope to be the last. 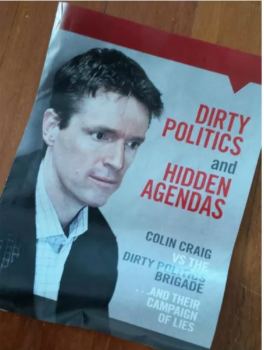 I think the introduction in the booklet sums it up well:

A book called “Dirty Politics” was written last year [by Nicky Hagar] and it talked about the corruption of public debate in New Zealand. It drew attention to the new media commentators who, rather than being media professionals operating according to ethical codes, are instead highly opinionated commentators who have political agendas. These commentators often run “blog sites” and are guided by their own conscience (or lack thereof) when it comes to ethics. They do not seek to provide fair or balanced reporting.

Of particular concern is that some engage in the practice of “attack politics” to harm opponents.  Attack politics is where a person deliberately targets an opponent by finding their weaknesses and leveraging that to publically embarrass them or to bring them down. It can even involve deliberate foul play such as “false allegations” or “entrapments”.

We are a nation that believes in a fair go.  We want our referees to be fair and every game to be played in a sportsmanlike way. We do not like corrupt people, and honesty is one of our core values.  We must therefore reject the “Dirty Politics Brigade” who are seeking to hijack the political debate in New Zealand.

I am fortunate enough to be in a financial position to take legal action against the parties that have defamed me. What they have done is not legal and so I will be looking to the courts to rule on the matter as a way to restore my public reputation.

Whether I again become the leader of the Conservative Party or run for office in any other capacity is unknown. What I do know is that I am committed to playing a part in fighting for a better kind of political debate in New Zealand.

I remain hopeful that our nation can resist the slide into self-serving and cynical manipulation of mainstream media.  I hope instead that we might retain our values of honesty and a fair go.

In our national anthem is the plea “from corruption guard our state”. May that be a reality for our wonderful nation.

Colin Craig
p.s. I wish to acknowledge the importance of Nicky Hagar’s book on Dirty Politics last year. His work in shining light on the practice of attack politics has been an important contribution to improving democracy in New Zealand