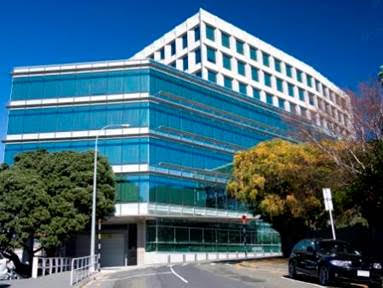 WOW! The SIS Director marched against the Springbok Tour! And the Acting-Director of the GCSB is a lesbian. But, wait, there’s more: the Inspector General of Intelligence used to be a member of the Socialist Action League, and worked in a freezing works for six years! And they’re all women! Surely, with people like these in charge of New Zealand’s “intelligence community”, no reasonable, fair-minded citizen could have the slightest cause for complaint? Clearly, this is a new order in the making. No more Penthouses, no more pies. No more grim, trench-coated spies. The bad old days are as dead as Rob Muldoon. Gone, like the Cold War.

Or, at least, that’s what we are supposed to think. “We” being the readers of the Listener. Baby Boomers mostly. Well-educated and well-heeled. A great many of whom marched against the Springbok Tour, flirted with revolutionary politics in our student days, and then went on to bigger and better things. Some of our best friends are lesbians. Yep, “we” can rest easy now that our generation has taken over everything – even the SIS and GCSB. Baby-Boomers Rule – OK!

Was it Listener editor, Pamela Stirling, who came up with the idea? Or, did free-lance journalist, Rod Vaughan, pitch it to her? And was the deal clinched by the promise of access to all three chiefs? And whose idea was that? At some point, someone in the “intelligence community”, decided that a front page story about a “revolution” sweeping the corridors of Pipitea House would be just what the Director ordered. The question is: was that decision made in response to Rod Vaughan’s request for access? Or did someone make Rod an offer that he – and Pamela – couldn’t refuse?

Because a front-page story in the Listener, reassuring the Baby-Boomers that the SIS and GCSB are now being run by people just like themselves, was bound to prove very helpful – especially now. That’s because a Government-commissioned review of both agencies, led by Sir Michael Cullen and Dame Patsy Reddy, is about to start asking questions. A cynic might observe that Rod Vaughan’s article has very helpfully suggested most of the answers.

What is there to fear, after all, from an SIS staffed by scores of bright-eyed young university graduates determined to keep New Zealand safe from “extremist behaviours”? Or, a GCSB run by someone who understands the importance of reminding “the troops” to “remain focused on the job at hand and to remember their responsibilities to all New Zealanders.”

Not that Sir Michael is likely to deliver a report recommending the upsetting of too many apple carts. As Helen Clark’s finance supremo, he always appeared to be doing his best to deliver what the state expected of its ministers. Yes, in the House he could summon up a rhetorical storm fit to set the Tories a-trembling. But, in the Joint Intelligence Committee, sweet reason seems to have prevailed. If Michael Cullen has ever been guilty of troubling the sleep of the “Deep State”, there is scant evidence for it.

On the off-chance that there might be New Zealanders less willing to let the Deep State escape all serious scrutiny, however, why not engage in a little pre-emptive PR? A story in the Listener, in which all the “news media, politicians, bloggers and activists” guilty of poking their noses into “the labyrinthine world of the New Zealand intelligence community” were shown to be “completely oblivious to [the] revolution that [is] well under way” within its walls, would undermine any future attempts to “pillory and hold accountable” those responsible for keeping the nation’s secrets.

That this could well be the case is confirmed by the Listener’s choice of headlines for Rod Vaughan’s article. The story about SIS Director, Rebecca Kitteridge is called “Secrets & Spies” – a clear reference to Nicky Hager’s exposé of the malign influence of PR on New Zealand politics entitled Secrets and Lies. The story about Una Jagose, Acting-Director of the GCSB, boasts an even more in-your-face thrust at the critics of the SIS and GCSB. It is headlined “Moment of Truth” – which is, of course, the name of the Kim Dotcom-sponsored event featuring Glen Greenwald and Edward Snowden that was held in the Auckland Town Hall just days before the 2014 General Election.

The triumphalism of the Listener could hardly be more explicit. In the words Sir Michael Cullen is said to have used to taunt his Tory opponents following the 1999 Labour-Alliance victory: