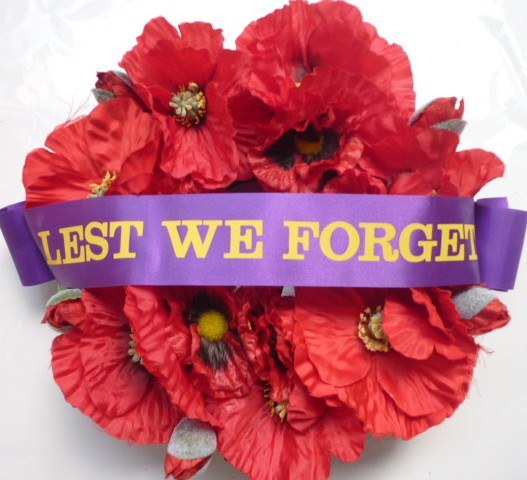 Today is the centenary of the Battle of Chunuk Bair, an event that some think was a (if not ‘the’) crucible of New Zealand’s national identity. It’s a day to firstly acknowledge the futile loss of some 800 New Zealand lives, attacking and occupying a foreign landmark, without having any idea ‘why’ or ‘what next’.

I don’t think we care very much; after all it’s only history, and it’s not April 25.

We should care. Why were we there? What did we hope to achieve? Does it tell us some universal truths about human folly? Did ‘our side’, with racist contempt, assume the Turks would be a pushover? Was the whole Gallipoli campaign a diversion?

I would argue the following.

The principal combatants of World War 1 were Germany and Russia, both relatively new and significant economic powers on the stage of a world in which empires were a necessary proof of significance. (Even New Zealand, at the time, was trying to prove its global significance by forging an empire in the Pacific.) The Ottoman Empire represented spoils of war, an old empire supposedly in its death throes; an empire that controlled much strategic territory in the ‘fulcrum’ of the world, where Europe, Asia, Africa and oil meet. And where the ‘great’ monotheistic religions meet. This was a much more significant place in WW1 geopolitics than a few paddocks in Belgium. The invasions of the Ottoman territories were no sideshow.

Chunuk Bair was thought to be the key to a land route to Istanbul (which we, after 462 years, still preferred to call ‘Constantinople’), a city that housed a million people a millennium ago, and probably many more a century ago. Further, it was the capital city of an empire that had been revitalised by the coup of the ‘Young Turks’ (after whom Sir Robert Muldoon, Duncan Macintyre and Peter Gordon were dubbed in 1963). The Ottoman Empire, though with many problems and contradictions, still operated on a scale far beyond the reach of conquerors from the colonies.

Here’s a counterfactual. If the Australian-led diversions at Lone Pine and The Nek had achieved their aims, and the British forces at Suvla Bay had been able to join the New Zealand soldiers commanding the heights, what then? A brisk stroll to the souks of Istanbul? Control of the Bosphorus and free entry of Russian ships into the Mediterranean Sea? Not likely. No more likely than Bonnie Prince Charlie overwhelming London in 1745, the French army unit landing in Ireland in 1798 being able to overthrow the British government, or the British force invading Russia in 1919 toppling the Bolshevik government.

To the British in and before 1915, other people’s lands were a matter of entitlement, if the circumstances were deemed necessary to British interests. And yes, control of Ottoman lands was coveted by Britain; and Germany; and Britain’s then ally, Russia. Did anyone care what the Turks or Syrians thought? Was anyone really fighting for king, country and democracy? Does anyone know much about the bloody aftermath of World War 1 in Turkey? By blundering into a region we knew nothing about, tragedy on an unimaginable scale did take place, over the best part of a decade. The carnage in Asia Minor did not stop in 1918. Our scars were big for us. But we had the choice to not go there.

Eighty-eight years later British troops blundered their way back into the region that the British have the presumption to call the ‘Middle-East’. With American leadership and advanced military hardware, Baghdad was taken, as Constantinople never could have been in 1915. Many American and British lives were lost. But how many more people of other nationalities have lost their lives since then, in conflicts that most likely would never have happened had we not been so so stupid.

Geopolitics, like the global economy, is a system. Injure the system in one place and the consequences are predictably unpredictable, possibly catastrophic. If we value our freedoms, our country, our sovereignty, then we should equally value the rights of others to value their freedoms, countries and sovereigns. We should be ever vigilant for the stupidity, and blindness (often wilful), of those in positions of power. But, after the fact, we who remain should be compassionate towards the foolish and the blind. Truth and reconciliation.

We salute the young Arab and Turkish men who died defending Ottoman lands in 1915. We salute the doctors and nurses and soldiers who died on the troopship Marquette. We salute the young men of New Zealand and Australia and Britain and France and Senegal and India and Newfoundland who died needlessly in the cause of British and French stupidity, at Chunuk Bair, at Krithia, and the other killing venues on the Gallipoli Peninsula. And we forgive the men and women who sent them to their fates.