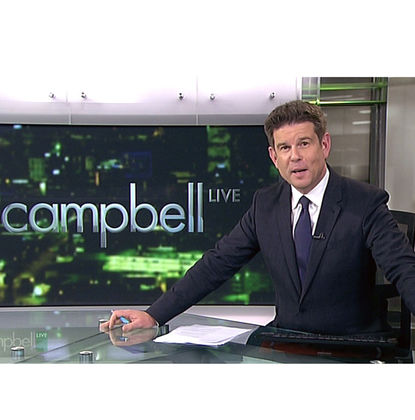 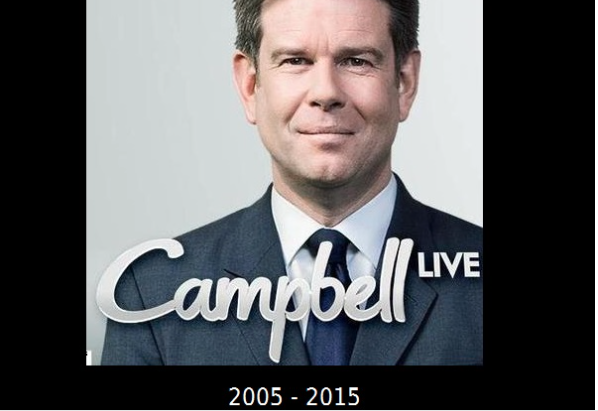 Marvellous news that John Campbell has joined Radio NZ as their drive host, another reason to tune into RNZ…

He will be joining the station in September and is involved in the development of the new programme.

…with him ensconced within a nation wide medium RNZ have gained a critical voice who has actual public wide charisma and the talent to draw people onto a station that at times sounds like it’s being broadcast out of Wellington from some time warp stuck in the 1950s.

Pity Mora is still hosting the Panel, I might have been able to return to it otherwise.

The question now is should the boycott of TV3 halt seeing as John is based somewhere else.

I’m not sure of that answer.

…note it’s not the TV3 Management who have killed off the most critical voice of the Government on TV for political reasons, oh no. It’s my fault for stating that we should boycott TV3 for their bias.

Angus then goes onto say…

…the sacking of one well to do News Producer is equitable to the tactic by Talley’s to starve 5000 children in their 2012 industrial fight.

The Producer in question is of course is the brilliant John Hale, whom I have an enormous amount of respect for and whom I wish no ill harm to. I respect many of the talented journalists on TV3. Mike McRoberts, Hillary Barry, Paula Penfold, Lisa Owen and Torben Akle do incredible work, but then again they also have Brooke Sabin that awful Tova O’Brien and the homicidal chipmunk on a meth bender, Government script writer, Patrick Gower.

There are journalists who do great work on TV3, and I mean them no ill will to them or their craft, but the pro National Party agenda of TV3 management means that work is under cut by the knowledge that any journalism that hurts Key too much will get pulled.

Can anyone honestly watch The Nation any longer and believe it’s not guest edited by Steven Joyce?

So should the boycott against TV3 end?

Maybe it won’t matter. Whispers are currently circulating that the American vulture fund that has bought MediaWorks – Oaktree, are quietly manoeuvring to cut off TV3 from the company and flog it off to the highest bidder. The money making part of MediaWorks is their radio advertising (the loss of Campbell to Radio NZ will be a particularly harsh blow), their TV branch is hurting and the meltdown in ratings is hurrying along the desire to sell it off.

If TV3 management can’t reverse the ratings situation by the end of the year, it will be all over rover.