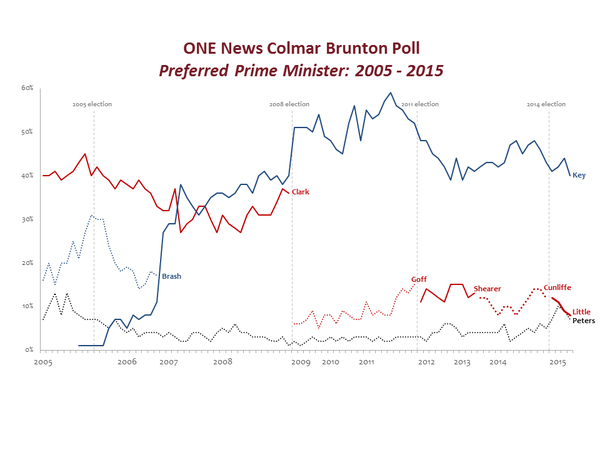 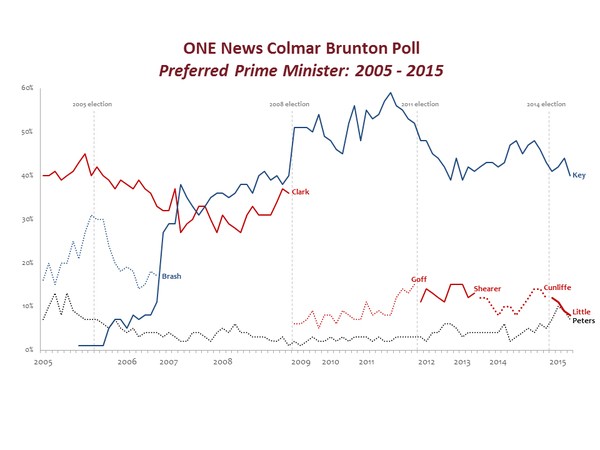 There are 3 mains reasons NZers love John Key with such adoration.

The role the mainstream media played in empowering Cameron Slater’s Dirty Politics is never acknowledged. The killing off of public broadcasting is never mentioned. The manner in which right wing mouthpieces like Paul Henry, Patrick Gower and  Mike Hosking dominate the discourse is never discussed. The strangulation of Campbell Live for political reasons is never mentioned.  The role in which the never ending honeymoon the mainstream media has for Key is never critically examined and yet it is a large chunk of the reason middle Nu Zilind loves Key.

Get told often enough that a $200million dollar money trader with a Hawaiian mansion is God’s gift to NZ, and people believe it.

Any time any pundit rolls up to a panel discussion (Dr Raymond Miller is a great example of this) and they will inevitably claim Key’s success is due to him bing a ‘moderate’. This is only half true. The pretence that Key is moderate is the secret to his success. For the middle classes, Key IS moderate. Property speculation earns the middle classes more than their actual jobs and middle class tax breaks like Working for Families and  interest free student loans sit alongside a never ending pension and Gold Card subsidies so for the middle, Key is seen as moderate. However if you are working class, on the minimum wage or facing the blunt realities of welfare reforms which are structured to disqualify rather than help, then this Government are brutal. This viewpoint never gets articulated on panel shows in NZ because in most cases the interviewer is rich, the interviewees are rich and the news producer who is allowing the voices on is rich. Hence the myth that Key is ‘moderate’ becomes a perceived fact.

3 – Key’s appeal to our anti-intellectualism and negative egalitarianism

The biggest part of Key’s appeal however is that he manages to arouse the anti-intellectualism and negative egalitarianism that lies just beneath the surface of NZ culture. His laid back manner and dislike of thinking connects with middle NZ in a way that only rugby, alcoholism and domestic violence does.

He’s so laid back he burns books on his BBQ. This empty aspiration appeals to a user pays youth generation who have no idealogical compass, and is best expressed through the naked narcism of Key’s son.

Key’s vacant optimism is the piece of cheese forever out of the reach of the middle class hobbit relentlessly running on their over valued hamster wheel.

NZers love John Key because he represents all that is shallow and easy in our society. We are a juvenile country with the maturity of a can of coke. This spell only breaks when the property speculation bubble bursts and people can no longer afford to be consumers.