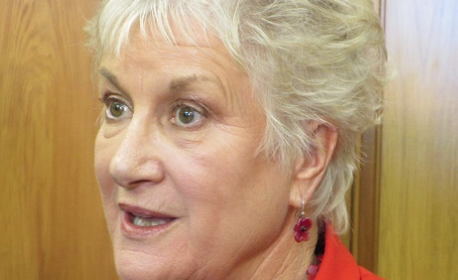 Right up until last week, National’s ‘spin’ on the Trans Pacific Partnership Agreement (TPPA) was that it would not be permitted to impact on Pharmac or it’s ability to buy cheap, generic medicines.

“We have laid down the fundamentals of a position which says our public health system is not up for negotiation, not part of any trade negotiation, and I can’t conceive of any New Zealand government that would change that view.

Pharmac is an incredibly valuable institution that provides high quality medicines to many New Zealanders at very, very highly subsidised, reasonable prices. The fundamentals of that model are not up for negotiation. ” – Tim Groser, 16 November 2011

“If the Government agreed completely with the demands of American pharmaceutical companies, the negotiation would probably be over. It is not. It is a long, complex negotiation, and the New Zealand Government’s position is to preserve the role and effectiveness of Pharmac. ” – Bill English, 6 December 2012

“I think it’ll have a very marginal impact, at the end of the day.  It certainly won’t result in higher prices for pharmaceutical products for New Zealanders.  This is really about protecting the model of Pharmac to ensure that they’re in a tough negotiating position with international pharmaceutical companies, and we’ve got some very good negotiators who are doing just that. ” – Tim Groser,  23 September 2013

“There will be no fundamental change in Pharmac’s operations as a result of the trade agreement.”

You’ll have to wait to see the final agreement but any decisions we take in terms of trade-offs will protect the essential public health system of this country.” – Tim Groser, 22 October 2014

And this year, only a week ago;

“…yes, I can guarantee that we’ve made it absolutely clear that we are not going to dismantle the fundamental of Pharmac. The provisions that guarantee affordable medicines – we don’t want to change the system of health we’ve got in our country so that people can get medicines only if they can afford it. We’ve got a very good system, and we’re not going to let any trade agreement interfere with that.” – Tim Groser, 25 July 2015

Barely three days later, there was this startling admission from our esteemed Dear Leader, John Key,  that all was not quite so ‘rosy’ in the Land of Free Trade Deals;

“That means the Government will have to pay for the original drug rather than the generic for a little bit longer. But for consumers that won’t make any difference because, you know, on subsidised drugs you pay $5 for your prescription so the Government may incur slightly more costs there.”

Which vividly illustrates how, for the past four years, National has been lying to us, the New Zealand public.

It was only as TPPA negotiations drew to a close, that Key had to finally concede that there would be an impact on Pharmac and it’s ability to purchase low-cost generic medicines. The same TPPA will also impact on non-subsidised medicines purchased by New Zealanders, as not all attract subsidies by Pharmac.

“Some people are going to pay with their lives because if they extend the patent, particularly on drugs for cancer and heart disease, and we can’t get access to the generic drugs for longer, then people are not going to get that access and they won’t have the opportunity to extend their lives.”

In which case, an incoming Labour Government has two options;

This is their responsibility, and should foot the bill for any increases to Pharmac’s purchasing budget. After all, National maintains itself as the “Party of Personal Responsibility“, so National voters should bear the costs of this mess; ie, ‘You voted for it, you pay for it’.

But since it is difficult to ascertain who voted for National last year, this option may not be practical.

2. Withdraw from the TPPA.

We simply cannot be party to an international trade agreement (or any other agreement for that matter) where “some people are going to pay with their lives”. That is simply untenable – especially for a Labour–led government.

The seriousness of the TPPA’s effects on Pharmac (and non-subsidised medicines) is such that Labour must not be allowed to back-track on it’s criticisms, and has a duty to  withdraw from this appalling “trade” agreement.

If “some people are going to pay with their lives because … they extend the patent, particularly on drugs for cancer and heart disease”, then the TPPA must go. No New Zealander’s life is worth a “trade” agreement, no matter how much milk-powder we might sell overseas.

National ministers such as John Key, Tim Groser, Bill English, et al, have consistently, unashamedly, lied to us over the years. I do not expect Labour to follow in those footsteps.

This will be an issue I will be following, and I will be relentless in pursuing it, post-2017 (or earlier).

It’s Our Future – Kiwis concerned about the TPPA

Letter to the editor – More reassurances from our esteemed Dear Leader?