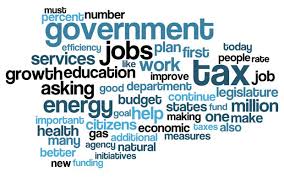 I think Mr Woodhouse is right to note that the wider issue is the regulation of casual labour contracts, and we might note that zero-hour contracts are not particularly casual from an employers’ viewpoint. So we might wonder whether it’s time to forget about labour as we have come to understand it – fulltime tenured employment – and shift properly to a self-employment model. (Employers of course would still be free to offer tenure; and many would wish to do so.) These cheap zero-hour employment contracts seem to deliver – to powerless employees and would-be employees – the worst of both worlds; minimum wages and minimum flexibility.

Before the rise of Trade Unions in the nineteenth century, labour was seen as a simple commodity, and labour costs were understood (eg by classical economists) essentially as the price of food. (‘Corn’ in the then English vernacular.)  Workers would draw income in part from small plots of land and in part from the labour market, or from cottage industry. Urban workers, still very much in the minority, would be hawking their bodies, providing whatever services of strength or finesse might be in demand. Tinkers would repair tinware, and offer trinkets for sale. Or they would be artisans or journeymen, often members of a craft guild.

By the end of the nineteenth century, landlessness had become endemic, and guilds a faint echo of times past. Security of tenure in employment became a protection against the loss of alternative income streams. But to gain a degree of security of tenure, workers were subject to monopsony control by employers. They operated by selling labour services to a single buyer. And, in accepting pre-contracted wages, workers gave up the rights to a share of their employers’ profits.

Workers have two possible sources of bargaining power, a countervailing collective in the form of a trade union, and/or an alternative income stream (albeit meagre, often subsistence gardening and a chicken run). From the 1980s, the most important alternative income stream in countries like New Zealand has been partners’ (eg spouses) incomes. For young people this century it’s increasingly parents’ incomes.

If we move to a system where self-employment is the norm, neither of these sources of bargaining power need be dispensed with. After-all, actors are self-employed, and their Union (Equity) is no simple pushover. Further dairy farmers still control the biggest union in the country; it’s called Fonterra. In pre-industrial times, unions were guilds, and it may be that is what unions must morph back into now that the heyday of the industrial wage worker seems to be well and truly over.

In the industrial wage-worker era of the twentieth century, we came to a number of other working-class accommodations that would be quite unacceptable today. The working-class racist rhetoric of a century ago in Australia and Canada and New Zealand was principally (but not only) about restricting labour supply through tight immigration controls. And gender pay differences were about using the power of the state to enforce above-market wages for men, who were presumed to need to earn enough to feed, house and clothe five people, not just one. Children were a responsibility, not a luxury.

Today we live in a different era; an era of individual equity. Children are a consumption good that middle-class women and/or men raise (mainly in pairs or in singles) in the context of a range of choices of alternative consumption possibilities.

So, given the individualism of the present era (and individualism is not going away any time soon) we need an alternate income stream that reflects this modern reality. That income stream is public equity. And indeed we have had such an income stream (of sorts) in New Zealand ever since Mickey Savage’s government’s introduction of ‘cradle to grave’ welfare in 1938.

In principle it meant that all New Zealanders would expect to make their way through life with a mix of private and public support. The public side was then tailored to people on the basis of age and gender as well as on the basis of immediate need. And much of it was funded through collective services such as education and public health-care. The underlying principle, despite the varying modes of delivery, was public equity; it was economic democracy to complement political democracy. The democratic state had become the embodiment of publicness, not of kingly or elite corruption which it had been in the time of the early classical economists.

The state no longer has the beneficence that it had in that middle part of the twentieth century. Its mission now is mainly to deny support in order to cut costs. So the concept of ‘state’ has had its day. In its place are the concepts of publicness, and of governance.

The public is an economic interest, much as organised labour once was. It has a substantial (though often denied) claim on the economic output of any nation – especially a nation whose development has been made possible by collective civil inputs such as information, infrastructure and institutions – and thus embodies the equity of each and every resident, much as universal suffrage represents a nation’s political equity.

That public equity is our workers’ second income stream; whether the workers are self-employed or have salaries, or whether they have obligations on their time which are unrewarded in the private marketplace. Public equity income is ninety percent here today, hidden away in our tax scales and in our medley of welfare benefits. Once we remove the opaqueness and obfuscation around the ‘optics’ of these income streams, Mickey Savage’s inspiration still lives. We just need some part, no matter how small, of that publicly-sourced income to be transparently unconditional. Good things often come from small beginnings.

With a combination of Equity guilds (such as Actors’ Equity) providing some bargaining offset to corporate labour monopsony, and an acknowledged and unconditional publicly-sourced income stream, then the market-system can yet achieve its potential, as a just, sustainable and equitable means of allocating and conserving resources.

Under such conditions, we can combine private contracts (that provide flexibility to both parties) with public equity. While labour servants may not be paid for every hour that they are available for work, purchasers of labour services will not be able to simply assume that people are sitting at home waiting for the ‘come to work’ call. They might just be doing work for someone else.

After all, when I call a plumber, I cannot expect that plumber to be idly waiting for my call. He or she may be unavailable, fixing someone else’s taps or toilets. Or playing golf. I don’t grizzle. If I have a plumbing emergency, I call another plumber. Eventually I find one. As an ordinary buyer without monopsony privileges, I may have to pay a bit more to secure a plumber immediately. Indeed, if I want my plumber to be on call, I expect to have to pay a substantial premium. So it should be, also, with burger assemblers, shop assistants, and commercial cleaners.