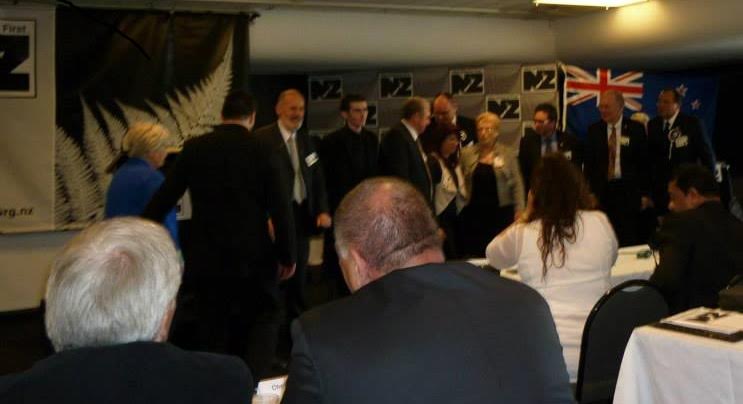 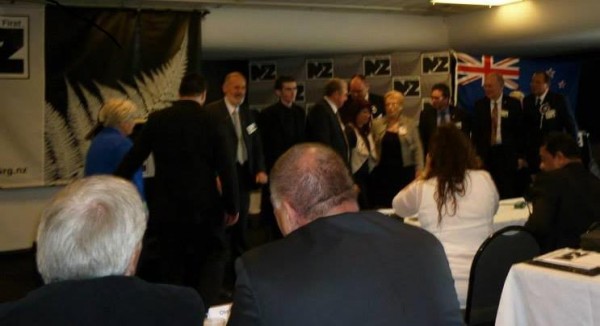 This weekend, I’m down in Rotorua covering the New Zealand First Convention for The Daily Blog.

I’m also, however, still a Party member (a fact which no doubt causes considerable consternation in some quarters) … and am here representing the Epsom electorate as a delegate.

So it’s going to be an interesting exercise in hat-swapping this weekend.

But on with the show.

At the moment, I’m sitting in our motel room tapping this out, having just spent the last five hours driving down from Auckland to the smooth sounds of Limp Bizkit and System. (I’m given to understand that “Prison Song” was put on especially for my benefit)

It’s therefore *well* too soon to get a feel for the feel on the floor and see how things are going to play out.

But the state of play going into Convention appears to be this:

The Martinite “faction”, if you could call them that, are marginalized. Anne Martin has stood down as Party President, and is instead running for Party Secretary. Previously this would almost have been an auto-win for her due to her demonstrable competency in this role over an extended period.

However, from people I’ve been talking to thus far, newcomer Hugh Barr would appear to have a serious shot at winning the Secretary position instead, when we vote on the Party exec on Sunday.

Alongside this, there would appear to be a Rotorua-Tauranga axis that’s powered up around first term MPs Fletcher Tabuteau and Clayton Mitchell – and former campaign Director-General Kristin Campbell-Smith. Who’s standing for Party President. With a better-than-even shot at victory.

The narrative at the outset, therefore, seems to be a transition of power away from the older generation of more Tracey-amenable administrators, and to a new – hopefully more pro-Ron Mark – crew of up-and-comers.

It’ll be interesting to watch.

Of additional interest was an article on Stuff that’s just come to my attention, detailing Anne Martin’s  thoughts on her way out.

First thing that leaped out at me was her immediate reaction to the idea of Ron Mark as future Leader of our Party: “I don’t think so“.

That’s unfortunate. Because from where I’m sitting, Ron Mark represents the best shot we have for a stable and decisive future post-Winston.

I wonder whom she had in mind instead…

I also found it amusing that Anne described her “greatest challenge as President” being the difficulty “dealing with people within the Party using public forums to voice their own opinions”.

In any case, I’d have to respectfully disagree with Anne’s assertion that “it doesn’t do the Party any good” to have persons such as myself adding an insider perspective “out there in the open”.

I know for a fact that my blogging and social media output has helped to contribute to changed perceptions – and for the positive – of New Zealand First. For one thing, people are now far more aware of the genuine and undeniable fact that NZF isn’t just Winston – it’s an entire living, breathing, thriving entity full of actual, real people

And, as Justice Louis Brandeis said .. “sunlight said to be the best disinfectant; electric light the most efficient policeman“.

I am therefore proud to be an incandescent, fluorescent, thermo-nuclear powered agent of nationalist political illumination.

All in all, I’m gearing up for a very mixed reception when we hit the Convention floor tomorrowmorning. (Today, by the time you read this)

Some will be warm. Others will be colder than Cocytus – and for much the same (perceived) reason.

In any case, the most telling part of Anne’s interview was not what she said, but rather what she specifically avoided. I don’t think there’s ever been a complaint that Anne “went anywhere near the Caucus business“. Indeed, the suggestion of improper influence has always been *strictly* the other way around.

Anyway. It’s half past one in the morning here, and I’ve got a full day of dodging bullets, bouquets and brickbats to look forward to tomorrow.

Will let you know how I get on, and whether our constitutional remit to incorporate the Youth Wing into the main Party constitution passes.

Catcha on the flipside.