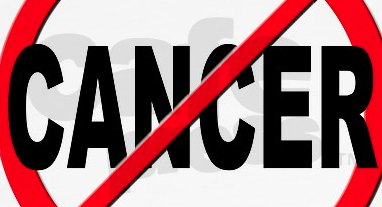 Fun Fact 1: New Zealand has one of the highest bowel cancer rates in the world. Bowel cancer is the second highest cause of cancer death in New Zealand. More than 2800 people are diagnosed with bowel cancer every year and more than 1200 die from the disease. By 2016 the number of new cases of bowel cancer diagnosed each year is projected to increase by 15% for men and 19% for women to 3302 (for all ages). – Ministry of Health

Fun Fact 2: Bowel cancer is more common as you get older, particularly from the age of 50. Bowel cancer affects more men than women. – IBID

Fun Fact 3: People who are diagnosed with bowel cancer, and receive treatment when it is at an early stage, have a 90% chance of long term survival. If there is a delay in diagnosis and treatment, and the cancer is more advanced, it is harder to cure. Bowel screening can detect cancer early, when it can be more successfully treated. – IBID

It is a sobering statistic that we try to ignore and put out of our minds; more than 2,800 people are diagnosed with bowel cancer every year and more than 1,200 die from the disease. If that were a death toll from a communicable disease, the media would be carrying front page newspaper stories  and lead bulletins on 6PM news. The government would impose a State of Emergency, and strict travel conditions imposed on everyone.

Bowel cancer is hidden away. Victims are not acknowledged.   People go about their every day lives. Media focuses on sensationalism or trivia (with few exceptions).  Government does nothing. The death toll continues to rise.

And it is wholly preventable.

In October 2011, the Ministry of Health began a four-year-long bowel screening pilot in the Waitemata District Health Board area. The screening was offered to  everyone aged between  50 to 74, living within  the Waitemata DHB zone, and who was eligible for publicly funded healthcare. Those lucky to be eligible were sent an invitation letter, a consent form along with detailed instructions, and the necessary free bowel-screening test kit.

By July 2013,  data from the screening pilot detected cancers  in seventyfive people within the first fifteen months of the pilot. Around 60% had been picked up at an early stage when they could be more successfully treated.

Between  1 January 2012 to 31 December 2013,  six thousand people had a colonoscopy or a CT colonography through the Bowel Screening Pilot.  By 1 April 2015, two hundred and fiftyfive people had been identified with a cancer.

The pilot screening have also picked up non-cancerous polyps (adenomas) and those  participants will still be at an  increased risk of developing more adenomas or bowel cancer. These participants will require on-going regular bowel checks  in the future.

The initial four year pilot project, initially costing $24 million, was extended to the end of 2017, with a further $12.4 million invested in the programme. But only in the Waitemata District Health Board area. Those living outside the WDHB are not eligible to participate.

That result is from just one DHB “catchement” area. There are twenty DHBs  throughout the country. If similar results were obtained from the nineteen other DHBs, that could mean approximately 5,100 people detected with cancer.

The government’s response can best be described as slow – at worst, reluctant to invest in a nationwide programme. On 6 July, Health Minister Jonathan Coleman announced a graduated roll-out of a nationwide screening programme.

“Delivering better cancer services is a top priority for the Government. Bowel cancer is the second most common cause of cancer death in New Zealand.”

Minister Coleman then explained in a little more detail;

“I expect to take a business case to Cabinet by the end of the year which will consider a potential staged roll out of a national bowel screening programme from early 2017.”

However, note the caveats;

“I expect to take a business case to Cabinet by the end of the year which will consider a potential staged roll out….”

“To inform the next steps towards a possible roll out of a national bowel screening programme, the Ministry of Health will be consulting with the health sector and other agencies on how the service could be provided across the DHBs.”

So not only will any nationwide extension of the life-saving screening programme not begin until “early” 2017 – which happens to be an election year (no connection of course)  – but at this stage it is still only  a   “possible” or “potential staged roll out”. At this point, Coleman will be only be taking “a business case to Cabinet by the end of the year”.

Unsurprisingly, health advocates and professionals are not impressed

Bowel Cancer NZ’s, Dr Sarah Derrett, did not hold back when she condemned National’s lethargic response to the sucessful screeing programme;

“Currently this Government is more interested in holding a referendum for a flag as a legacy to our Prime Minister at a cost of $26.5 million than it is at saving lives… it was scandalous there had been no action on a national programme, given 1200 people a year die from bowel cancer in New Zealand.”

“We are really pleased that this is happening and that they are talking about a staged roll-out, but we would like to see potential moved to definite roll-out in 2017.

We would like to see a staged roll out now or a start next year would be fantastic. We’ve always known it [screening] is proven, so why wasn’t it done sooner. It could have happened a couple of years ago. This is great, but it’s taken a long time to get here. In the meantime, people are dying.”

There is no feasible reason why Coleman is delaying a national extension of this screening programme that has already saved 255 people.  Delaying the roll out condemns hundreds of New Zealanders to a horrible illness and unnecessary death.

Coleman claims that that the delay is caused by a shortage of skilled staff;

“The largest constraint to a national bowel screening programme is having the workforce to do the colonoscopies. There are a number of initiatives underway to address this.

Initiatives to strengthen the endoscopy workforce include increasing the number of gastroenterology trainees. The sector is also considering increasing the use of CT colonography where appropriate.”

Yet, the pilot programme has been in operation since October 2011 – giving this government a lead time of five years to begin training required staff. Where was the planning for staffing a nationwide screening programme that was being considered after the  Waitemata DHB pilot?

Did no one at the Ministry of Health or the Health Minister’s office pause to think; “Ok, what happens after the pilot?!”

The only possible explanation for this tardiness is purely financial. As Bill English attempts to balance the books and deliver a budget surplus, cuts to health services become more invasive;

National’s reluctance to spend on much-needed, critical services is no secret. Successive National governments have cut services, whilst giving away billions in tax cuts.

But it is also not averse to spending taxpayers’ money on projects it deems “necessary”;

Those four examples alone come to $78.5 million that could have been invested in rolling out a nationwide bowel screening programme plus pay for training of required specialist staff. Instead, the money has been spent on a luxury apartment; bribing a Saudi businessman; John Key’s vanity-project to change the flag; and acceding to a multi-national corporation’s demands for a cash subsidy.

This is worse than wasting tax-payer’s hard-earned money.

New Zealanders are dying whilst National fiddles and wastes time.

It is not the first time this has happened;

On 21 July, I wrote to Minister Coleman on the issue;

I understand that you plan to “take a business case to Cabinet by the end of the year which will consider a potential staged roll out of a national bowel screening programme from early 2017”.

Considering that a Ministry of Health  pilot programme carried out by the Waitemata District Health Board since October 2011 has saved the lives of approximately two hundred and fiftyfive people who had been identified with a cancer, it seems unbelievable that New Zealanders will have to wait at least another year and a half before a screening programme is rolled out nationally.

You stated on 6 July this year that;

“The largest constraint to a national bowel screening programme is having the workforce to do the colonoscopies. There are a number of initiatives underway to address this.” (https://www.national.org.nz/news/news/media-releases/detail/2015/07/06/Consultation-on-next-steps-for-bowel-screening-programme)

Surely the training of skilled staff should have been started in 2011, when the pilot programme at Waitemata was initiated?

Waiting until the beginning of 2017 means that thousands of people around the country may be stricken by bowel cancer.

How many will contract the illness during the time it takes to extend the screening programme?

The Ministry of Health states;

More than 2800 people are diagnosed with bowel cancer every year and more than 1200 die from the disease. By 2016 the number of new cases of bowel cancer diagnosed each year is projected to increase by 15% for men and 19% for women to 3302 (for all ages) (http://www.health.govt.nz/our-work/diseases-and-conditions/cancer-programme/bowel-cancer-programme/about-bowel-cancer)

I urge you to re-visit this problem and to begin an immediate, strategic  roll-out throughout the country, so that screening can begin to take place.

It is simply unacceptable that 1,200 New Zealanders will perish this year; next year; and the year after, when an effective screening programme is available to save their lives.

If this government can spend $78.5 million on a Saudi farm; a Manhattan apartment; an aluminium smelter; and a flag referendum – then spending at least half that amount to save lives should not be beyond us.

2017 may be an election year – but we should not have to wait until then. Not when thousands of lives are at risk.

One of Minister Coleman’s staff replied the following day;

The Minister has asked Ministry of Health officials to advise him on the matters you have raised.  Please be aware that due to the large volume of correspondence we receive, a personal reply to your email may take some weeks.

Time, evidently, is not of the essence here.

What is truly shameful is not that a National government Minister is prevaricating on this critical medical problem – but that the Minister in question is a qualified medical clinician.

He, more than any other politician, should know better.

Somewhere in this country, another person has just developed bowel cancer. And doesn’t know it.

Ministry of Health: About bowel cancer

Ministry of Health: Bowel Screening Pilot results – January 2012 to September 2014 – How many colonoscopies have been performed?

National Party: Consultation on next steps for bowel screening programme