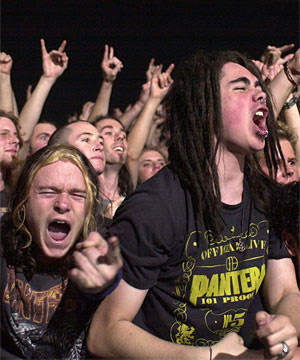 CAN LABOUR WIN the “Bogun Vote”? Should it even try? Seriously, if going after the votes of “Waitakere Man” is considered bad, then pursuing the Bogun Vote must, surely, be worse? And yet, at one time, the in-work, well-remunerated, union-dues-paying, domestically-settled, family man – and his sons – constituted the heart and soul of the Labour vote. Indeed, so irrevocably gendered was the New Zealand working-class vote that the poet, James K. Baxter, made humorous reference to it in his otherwise bleak suburban tragedy, Calvary Street:

In 2015, however, Baxter’s stereotype seems all wrong. Fifty years after the publication of Calvary Street it is Dad who votes for National and Mum who (maybe) votes for Labour. In 2015, the self-employed, well-remunerated, domestically-settled, family man – a.k.a Waitakere Man – is much more likely to vote for the Right than the Left. His children, if they bother to vote at all, probably do the same.

Boguns are very different from, and should never be confused with, the offspring of Waitakere Man. The latter represents working-class New Zealand males on an upward socio-economic trajectory. Boguns, by contrast, represent working-class New Zealand males on the socio-economic skids. They are the blokes – especially the young blokes – who struggle to find and remain in even the most poorly-paid employment. Their domestic situations tend towards the precarious. They rent rooms – not houses – and struggle to both make and retain strong social connections. That’s why mateship is so crucial to the Bogun identity; especially mateship built around sporting allegiances and motor vehicles.

The fathers and grandfathers of 21st Century Boguns were the men for whom the fully employed, compulsorily unionised, welfare state was, primarily, constructed. Men of modest educational attainment and limited ambition who were able, nevertheless, to live full and rewarding lives under the state’s (and their union’s) protection. These were the men who worked for the state-owned Post Office and Railways; whose families occupied state houses; whose award-wages kept them, if not in luxury, then, at least, in reasonable comfort. They were also the Labour Party’s most loyal supporters. That it was Labour, in the person of Roger Douglas, who destroyed their world and cast them and their families onto the scrapheap, is the defining Bogun betrayal.

To the sons of these men, growing up in the 1980s and 90s it must have seemed as if the “new” New Zealand cared about everybody except them and their dads.

Maori were in the middle of a “renaissance”. Multi-million-dollar “Treaty Settlements” were being signed. For the coming generations of Maoridom there would be university scholarships and trade-training programmes. New business enterprises were planned, and special housing schemes. Things were looking up – if you were Maori.

For women, too, all paths appeared to lead upward and onward. At school, the Bogun boys’ female class mates were constantly being told that “Girls can do anything!” And with the top posts of Governor-General, Chief Justice, Prime Minister and CEO of New Zealand’s largest company all held by women, that inspirational feminist slogan seemed no idle boast.

For young, working-class blokes without tertiary qualifications or readily marketable skills, however, inspirational slogans were in short supply. The two great institutions which working-class New Zealanders had constructed to protect and advance their interests: the trade union movement and the Labour Party; were no longer able or willing to do so. Labour had been taken over by Thatcherite ideologues in the early 80s. And, in 1991, the public sector unions had voted down the call for a General Strike against the Employment Contracts Bill. Not that it was the unions of the public servants, teachers and nurses which were about to be decimated by National’s union-busting legislation. That fate was reserved for the unskilled and semi-skilled workers of the private sector. Within a decade, barely one private-sector worker in ten remained unionised.

That young working-class males, growing up in the post-1984 era, were often gripped by feelings of extreme frustration, resentment, anger, worthlessness and despair is hardly surprising. Socially, they appeared to have lost all value; politically, they had become invisible – and utterly without champions.

Indeed, the opposite appeared to be true. More and more, the Boguns began to hear themselves described in the most derogatory terms. Expressions imported from the USA – like “rednecks” and “white trash” – entered the vocabulary of the Boguns’ middle-class detractors. In a Labour Party almost entirely purged of its working-class membership, the people who had once constituted the very heart of its electoral support were increasingly regarded as the natural enemies of the party’s new, upwardly-mobile, and socially-liberal apparatchiks.

Only very occasionally, did the Boguns become visible to the rest of New Zealand. Denied anything even remotely resembling the ennobling narratives available to Maori and women, they had become little more than the butt of stand-up comedic humour. With their mullet haircuts and Metallica T-Shirts, the best they could hope for was to be treated as a colourful Kiwi sub-culture – something akin to the outcast “Juggalo” movement in the United States.

And then, in 2003, Possum Bourne died. The rally-car champion had been a hero to tens-of-thousands of Bogun “petrol heads” and they turned out in vast numbers to bid him farewell. It was a poignant reminder of just how many young New Zealanders lived below the radar of a society obsessed with wealth and “winning”. Like the huge Pasifika turn-out for Jerry Collins, 12 years later, Possum Bourne’s mourners were emblematic of a New Zealand routinely ignored, even denigrated, by those with the power to keep the spotlight aimed exclusively at themselves.

So, yes, I believe that Labour should try to win the “Bogun Vote”. Not only because, having ignored them for 30 years, Labour owes them – big time. But also because Neoliberalism will never be defeated by the social groups it has lifted up, but only by those it has cast down.