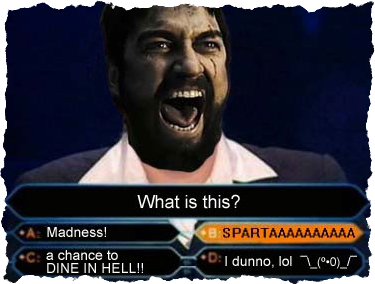 Three weeks ago, I noted that we think of money as if it was a kind of magic resin that we make through the process of ‘work’. Further, we believe that such money, once made, accumulates as if it was infused with yeast. Once we have money, we may allow this yeast (which we call ‘compound interest’) to do its work. Such magic commodity money, which we can store indefinitely, is the imaginary economic equivalent of stem cells in biology. Freshly made resin-money is no different to resin made (and compounded) in the distant past. Either way, we can spend it at any time of our choosing (or never spend it if we prefer); whatever good or service we want becomes ours at the click of a mouse or the wave of a bank card.

In the crudest version of this conceptualisation of economic life, economic success (indeed economic patriotism) depends crucially on two protestant virtues: work and thrift. If we don’t have money it’s because either we lacked a work ethic (we are lazy) or because we spent it rather than saving it (we are improvident). Thus, if we are poor it must be our own fault. And we are not contributing to the nation’s money mountain.

In this crude conception of economic life, all forms of thrift (non-spending) are wealth-enhancing. We conceive of the concept of saving as accumulation (of resin-like-money) rather than as lending (which is what saving actually is).

Under this preferred conception, saving has nothing to do with debt. In reality saving is one side of a part of a surplus-deficit relationship. In addition, under this resinous conception of economic life, economic growth (accumulation of resin-money) can only ever be good, the only real constraint to growth being the supply of labour. ‘Sloth’ becomes the one deadly sin to rule them all. Indolence begets indigence. (Sloth’s closest partner in sin is ‘gluttony’, understood here as improvidence or profligacy.)

We are so mean towards the poor because this cruel but wonderfully simple interpretation of money and wealth has at root just one explanation for poverty; an unwillingness to work. Further, those of us who are not poor can use this simple conception to claim that our growing stocks of unspent money reflect our virtue, not our complicity.

There is a less unsophisticated version of this predominant paradigm of money and wealth. This version accepts the role of the market, though only in a strictly microeconomic sense. (It does not acknowledge that there can be a general glut of unsold goods and services.) Thus, in order to make resin-money we must first make something else, and then sell that good or service. (Or, as putative wage workers, we must sell our labour to employers who sell to the market goods and services as a means to acquire their monetary profit, supposedly the raison d’être of commerce.)

Competitiveness becomes intertwined with the marketing industry. The culture of resinomics is ‘hard-sell’. You make money by successfully marketing yourself and your wares.

As economics, this is all nonsense. But it’s how most people understand commerce; the accumulation of money-wealth though work, thrift, competitiveness and compound interest.

In economics, resources, not buyers, are scarce. Wealth is the goods and services that we enjoy, not the money that we make. Money is a circulating medium that only serves as societal wealth when it’s passed on to someone else through spending. Saving (non-spending) is good only to the extent that it allows others to borrow (including investing businesses and governments) or to redeem past saving.

What is applied, as resinomic policy, to individuals or households who have become poor is also applied to countries and governments. The European Commission treats the Greek government much as Work and Income treats its desperate customers. (Indeed these agencies do see their austere treatments as some kind of ‘wrap around’ tough love; what victims otherwise know as punitive micro-management and loss of autonomy. Unwillingness to take their prescribed Lanes Emulsion is interpreted as an absence of ‘trust’.)

The people and government of Greece have been labelled by others as lazy, corrupt, spendthrift, and uncompetitive. Believing in the veracity of these vices as explanation, the European technocrats (mostly from the dour north) assert, with a shocking degree of certainty, that Greek poverty is a simple consequence of these acquired national vices. Redemption and atonement can be achieved, they assure us, through a purgative process that we conveniently label ‘austerity’.

The reality is completely different. The problem is systemic. Were the principal victim of the Euro-rort not Greece then it would be some other country. For the word ‘competitive’ to be a meaningful national descriptor, some country has to be ‘uncompetitive’. In 2015 it just happens to be Greece.

The actual solution to Greece’s problems is for the mainly northern creditors to diminish their money-hoards by buying Greek-made goods and services, enabling Greeks to acquire the money they need to pay their taxes so that their government can service its debts by recycling that money back to those creditors. In this way the Greek economy can grow, thereby reducing the debt-to-GDP ratio of the government of Greece. Instead, these non-Greek creditors are looking to a solution that will allow them to extend rather than spend their hoards of unspent money, through foreign privatisation of Greek government assets.

Meanwhile, in New Zealand, the full apparatus of government is used to humiliate the poor, much as the Eurocrats and resinous Euro politicians seek to humiliate the Greeks (all for the Greeks’ own good of course; yeah right). The problem of the entrapped poor is a universal one. Those who would lecture those in need of help should reflect on the uncomfortable systemic realities, and disavow their simplistic and mean platitudes and assumptions.