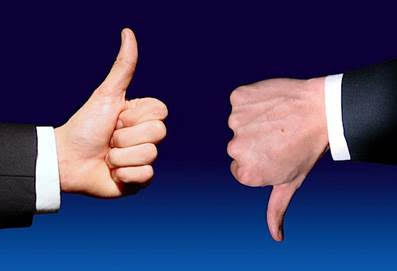 I’VE BEEN RACKING MY BRAIN ever since Tuesday evening, trying to work out what went wrong.

The occasion was another of the Ika Seafood Bar & Grill’s “Table-Talks”. On the face of it, I should have come away from the event feeling intellectually replete. Our hosts for the evening, TV3 journalists Mike McRoberts and Paula Penfold, as seasoned professionals, were well-placed to handle the two-and-fro of discussion. The invited panel of speakers: war correspondent, Jon Stephenson; former Green Party spokesperson on foreign affairs and defence issues, Keith Locke; and the General Manager of the Changemakers Refugee Forum, Tayyaba Khan; brought considerable experience and expertise to the question “New Zealand at War: Where are we and what are we doing there.” And yet, I came away feeling intellectually famished. Why?

The answer I’ve arrived at, after mulling the question over for 72 hours, is rather convoluted, so please, bear with me, while I try to explain.

In my opinion, all politics is adversarial. So, if I find myself at an event and there’s no conflict, then, whatever’s happening, it isn’t politics. On Tuesday, for example, nobody questioned the fundamental premise of the topic under discussion – that New Zealand is at war. Nor was there any disagreement about why New Zealand military personnel are stationed in the Middle East. It was simply assumed that this was the price of admission to John Key’s “Five Eyes Club”. That this is not a Club New Zealand should belong to, and that, anyway, the admission price is much too high, was not disputed.

The audience did not object. Indeed, there was almost complete accord between what the panellists were saying, and what the audience believed to be true. Boiled down to its essentials, this could be summarised as: War is a very bad thing. It inflicts terrible and ineradicable injuries upon bodies and souls. This, in turn, produces a downward spiral into ever more horror and violence. New Zealanders, therefore, should have nothing to do with war – except to offer as much help as possible to its victims.

The audience had arrived at Ika with these opinions, and, as far as I could determine, they left with them either unchanged or considerably reinforced. Which meant that, for me, nothing political had occurred. The participants had applauded a series of eloquent and heart-felt reiterations of views with which they strongly agreed. No one was challenged. No one was forced to defend their beliefs.

War is, indeed, a very bad thing. Thank you for coming, and have a safe journey home.

Consider the impact of the following, counterfactual, Table-Talk.

The first speaker, a military historian, openly disputes the assertion that New Zealand is at war. He asserts that the dispatch of a fraction of New Zealand’s small, highly professional, defence force as advisers to the armed forces of the Republic of Iraq, in no way meets the definition of a country at war. He asks his audience to recall what they have been told about life in New Zealand during the first and second world wars, and then to compare the experiences of our parents and grandparents with life in New Zealand today. Can we really say, with any honesty, that this country is at war? Syria, he declares, is at war. New Zealand is not.

He then turns his attention to the question: “What are we doing there?”

There must be a very good reason, he says, why first Great Britain, and then the United States, have been willing to expend so much blood and treasure over a part of the world distinguished primarily by heat and dust. And, of course, there is a very good reason. A reason which every person in the audience who drove to the restaurant, and who intends to drive home, should be able to guess. The UK and the USA have been interfering in the Middle East for the past 100 years for the very simple reason that – as one American wit put it: “Unaccountably, a huge proportion of our oil has ended up under their sand.”

That would have been more than enough. The introduction of a set of perspectives so radically at odds with those of the Ika audience would have transformed the evening from an opportunity for people to bear witness to a set of pre-agreed articles of faith, to a full-scale political engagement between a handful of military and diplomatic realists and a roomful of neutralists and pacifists. Those articles of faith might have been tested. People’s beliefs would, without question, have been challenged.

Politics without conflict isn’t politics. For Table-Talk to work, there need to be speakers seated on both sides.