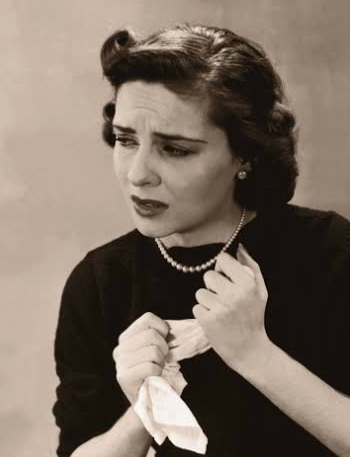 You can stop fainting now. Put down the hankies of moral panic before you break a nail. People need to calm down – especially panicked Stuff contributors.

It’s really useful, pretty damn safe and has mild side effects. It’s the kind of thing you need in your medicine box that could feasibly be sold over the counter in Pharmacies. If you smoked it once, experienced paranoia and now think it is wholly evil you can blame its illegal status for that. If it were legal you could have bought a strain from a supplier with multiple varieties that would have given you all of the nice effects and none of the bad ones, because marijuana has various useful compounds in it and you could have chosen the kind you want. But while it remains illegal you get whatever growers decide to grow and that sucks for people.

But the issue is bigger than that; this is about access to treatments required for good health.

The idea that it should be legal is almost boring it’s that uncontroversial in other developed countries, including parts of Europe and America. It grows on the side of the road in some towns in Australia. People smoke it openly here at J-day with little harassment from police. Because even police know the rules around marijuana are completely vapid. The only reason the government doesn’t legalise it is because it panders to various types of moral panic that help them get votes rather than letting a sense of reason lead. But actually 500,000 New Zealanders smoke the stuff each year responsibly around barbecues, a bunch of them smoke it when they have a migraine (this is an outrage!) and some smoke it to deal with their serious health issues. That’s a lot of voters, my friend. It’s certainly a lot of people to needlessly criminalise. Many regular smokers hold high positions in various professions and are considered “decision makers” according to studies.  We have the ninth highest level of consumption in the world. 13.4% of New Zealanders aged between 16 and 64 smoke marijuana.

The fear of marijuana is almost laughable, I’m shocked at the kind of parliamentary woo-woo drama required for someone to gain access to it for medical purposes. I mean it would be laughable were it not for the case that actual lives were affected (and I don’t mean through needless criminalisation, though, that too). This Stuff contributor talks about the terrible risks involved in asking medical practitioners to “cast aside the foundations of their vocation”. How lofty! How absurd. It’s also reasonably vile and insensitive that he implies that the family of the young boy who recently died were being over-emotional rather than logical. It’s mainly awful because he is entirely wrong and he clearly hasn’t done any actual research. He is the illogical, over emotional one. There are studies that show CBD is useful in the treatment of a particular type of myoclonic epilepsy, anxiety, pain relief and compounds are also undergoing trials as a cancer treatment. But even if it were legalised that has nothing to do with forcing medical professionals to use it, though they might opt to as people who care about their patients when they read the factual information on it. Including this information from the American Cancer Society. They outline just a portion of the studies on marijuana and the legitimate uses – and there are quite a few:

A number of small studies of smoked marijuana found that it can be helpful in treating nausea and vomiting from cancer chemotherapy.

A few studies have found that inhaled (smoked or vaporized) marijuana can be helpful treatment of neuropathic pain (pain caused by damaged nerves).

I think what speaks to me most of all is this, when the American Cancer Society calls bullshit on the illegal status of marijuana you probably ought to listen. Get a load of their position on the legality of marijuana:

The American Cancer Society supports the need for more scientific research on cannabinoids for cancer patients, and recognizes the need for better and more effective therapies that can overcome the often debilitating side effects of cancer and its treatment. The Society also believes that the classification of marijuana as a Schedule I controlled substance by the US Drug Enforcement Administration imposes numerous conditions on researchers and deters scientific study of cannabinoids. Federal officials should examine options consistent with federal law for enabling more scientific study on marijuana.

It’s politely worded but if the American Cancer Society says your stupid laws are getting in the way of necessary research and use of these chemicals as medical treatment maybe that’s the time you ought to examine your own views to see how your prejudices are limiting others from having access to treatments they need.

And that bit where they discuss the different compounds found in marijuana? Well as previously mentioned if it were legal people would be able to gain access to certain strains that benefit them and avoid strains that contain compounds with side effects. For example, if treating epilepsy or migraines CBD can be useful while THC can be unhelpful and cause people paranoia. It is a case of different strokes for different folks on that count. THC has different benefits. Legalisation means people can openly discuss the kind of marijuana they want to receive and growers can cater to public needs.

People who panic about marijuana need to stop infantalising others. Grown adults can make their own decisions about responsible use just like we do with various other things, like drinking, driving, flying and adventure sports, and having babies – a handful of things that are far more risky than marijuana smoking.  And if you didn’t notice adults are making their decisions themselves irrespective of the legality, so I think it’s even possible you could argue marijuana smokers have a right to use it and be left alone by police. Currently illegal growers are providing a public service. Please stop wringing your hands. It’s time to get with the program. Let people grow it, use it, and sell it and stop destroying lives by harassing them over something harmless. More importantly we do not have the right to limit access to a drug that can significantly improve people’s health and quality of life.