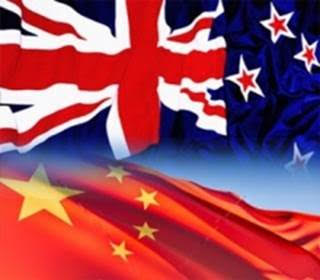 THE OUTCRY precipitated by Labour’s critique of overseas Chinese investment in the Auckland housing market is profoundly disturbing. The “Liberal Intelligentsia” (to use Steven Joyce’s term) has reacted to Phil Twyford’s and Rob Salmond’s data as if this is 1915, not 2015.

China’s revolutionary self-emancipation and her transformation into a global economic superpower – a process spanning the whole of the twentieth century – appears to have passed the Liberal Intelligentsia by entirely. It’s as though they are still living in the days when most Chinese New Zealanders were green-grocers and market-gardeners. When Pakeha children intoned racist rhymes about “Ching-Chong-Chinaman”, and their parents openly parroted the prejudices of those earlier generations of New Zealanders who had erected a viciously discriminatory legislative cage to contain the “Yellow Peril”.

The liberals seem blissfully unaware that the period in which tens-of-thousands of economic refugees poured out of a China in search of safety and the chance to build a better life ended more than half-a-century ago. The Chinese immigrant of today arrives with capital to invest, a factory to build and/or a business to run. And the New Zealand government is only too eager to assist. Indeed, in 2015, it’s the Kiwi exporter heading north who travels in hope of a better deal. And his destination is a hundred years distant from the China laid low by the superior firepower of Western imperialism. We are the supplicants now.

The failure of the liberals’ historical imagination is even more astonishing when one considers how very loudly they have proclaimed their support for tino rangatiratanga. Their outrage at the thought of the indigenous Maori people of New Zealand being relieved of their lands, forests and fisheries by rapacious British colonists was awesome to behold. And it mattered to them not at all that most of these real estate transactions were without legal blemish. How quick the Liberals of the 1970s and 80s were to remind us of the words of the Lakota War Chief, Red Cloud: “The white man made us many promises – more  than I can remember, but he never kept but one: he promised to take our land – and he took it.”

All of which raises a very interesting question: what makes it so difficult for the Liberal Intelligentsia to see what is happening to their country; to its people; to its assets; when it is all unfolding before their very eyes? Is it possible that the answer really is, as they insist, racism?

If racism is at work in this matter, then it is not in the Labour Party. No, the racism at work here is born of the towering arrogance and ignorance of the Liberal Intelligentsia itself. So sure are these people of their own superiority that they simply cannot accept that in this little corner of the world, at least, the power of the West is waning. That white, well-educated, urban professionals, like themselves, are no longer calling the shots in New Zealand. That, for some time now, the future of this country has been decided thousands of miles from these shores – where New Zealanders don’t get a vote. These blissfully unconscious racists still see Chinese New Zealanders in terms of a helpless minority to which they, with infinite condescension, are duty-bound to extend their protection – as if the “victims” are still green-grocers and market-gardeners. The idea that it might be the Chinese who, increasingly, are calling the shots in New Zealand, is beyond their comprehension.

Raybon Kan’s brilliant essay in this morning’s Herald said it all. We Kiwis have become so smug, so insular, so convinced that we have all the answers, that we have failed to notice how very large and dangerous the world has grown. Land will always end up in the hands of those who best appreciate its value. If we are unwilling to assign a credible price to our little paradise at the bottom of the world, then there are millions of other human beings out there who will happily do it for us.

That is all Labour’s politicians are trying to say. It is a fact of real political importance that the Liberal Intelligentsia can no longer hear them.