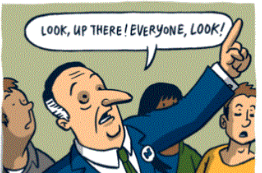 When John Key referred to a referendum as “… a complete and utter waste of money because it’s just about sending a message”, he was not referring to his much-beloved pet-project, the $29 million flag referendum.

He was, in fact, deriding the $9 million asset sale referendum held two years ago, and which resulted in a decisive 67.2% of 1.3 million New Zealanders voting against the government’s asset sales programme. Key was bluntly dismissive of  the asset sales referendum;

“Overall what it basically shows, it was pretty much a political stunt.”

“In the end you have to say, what price do you put on democracy where people can genuinely have their say on a matter that is actually important? … This is a cost essentially of one of the values that New Zealanders would want to test.

Yes, it’s a one-off cost, but my view would be that if the flag doesn’t change as a result of this referendum process, then it won’t be changing for a good 50 to 100 years, so this is a cost we have to bear.”

– whereas a preceding referenda on a critical economic/political policy was dismissed as irrelevent in the Prime Minister’s grand scheme of things.

Nothing better illustrates the deep contempt which John Key holds the public and democracy than his inconsistent attitudes on these two referenda.

If New Zealanders want to send our esteemed Dear Leader a definitive message, they might recall the decisive message they sent to  the National-NZ First Coalition government in 1997, where  92% rejected Winston Peters’ superannuation scheme.

I offer the following strategy for those voters who are opposed to this referendum;

The referendum will be carried out in two parts. The first part will be a referendum held in November-December this year to determine which alternative people might prefer;

This is the ballot paper to spoil by writing over it your opposition to this referendum. In a written piece entitled “Winston Flags Referendum For Protest“, fellow blogger Curwen Rolinson suggests writing “I support the current flag” on your ballot paper. Or you can create your own appropriate message.

The second part of the referendum will be held in March next year. This will be the run-off between our  current ‘Stars’n’Jack‘, and an alternative selected from Step 1.

This step must not be spoiled. A clear message can still be sent to our esteemed Dear Leader by voting for the status quo, to keep the current flag.

If the alternative is defeated, and the incumbent flag is maintained as the preferred choice, John Key will have been shown to have engaged in a vanity project, and wasting $29 million dollars of taxpayers money in the process.

By this simple strategy, we, the people,  can show the same scorn to Key’s  pet-project as he did to the asset sales referendum in 2013.

Alternative Option 2: If Richard Aslett’s “eNZign” design (see top of page) is selected as the alternative for the March 2016 referendum (highly, highly unlikely) – vote for it. What better “legacy” for Key’s prime ministership than something that looks like the product of an LSD-induced trip?

So not only will $29 million have been wasted, but a “trippy” flag will have been chosen that takes New Zealand back to the psychedelic 1960s.

What better way to give Key the one-fingered salute?