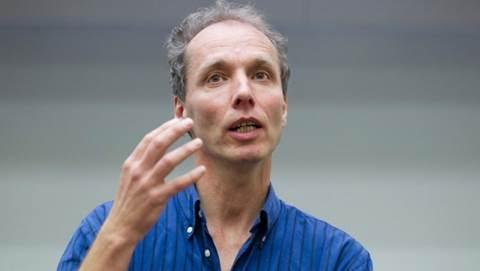 MARTYN BRADBURY’S LATEST POSTING on The Daily Blog should give every member of the democratic public serious pause. The allegations levelled at the NZ Police are serious and deeply concerning. It is very difficult, having read Martyn’s post, to avoid the conclusion that Nicky Hager may be the victim of deliberate political persecution, and that among the principal agents of that persecution may be members of the NZ Police Force.

With the specifics of the actions taken against Mr Hager forming a significant part of active legal proceedings, it would be improper to rehearse them on The Daily Blog. What can be examined, however, is the enormous risk posed to the integrity of our democratic institutions by the merest suspicion that senior politicians, senior civil servants, senior policemen and senior jurists might be involved in an effort to both frighten and silence what used to be called, back in the days of the Cold War, “political dissidents”.

What distinguishes the “political dissident” from the more familiar “political activist” is their specificity. Activists may give public voice to generalised complaints against individuals and institutions, but dissidents sharpen such complaints by supplying the public with hard evidence of specific wrong-doing – often supplied to them by a whistleblower or, in Mr Hager’s case, a hacker. Alternatively, the evidence may simply have been uncovered by applying the techniques of good, old-fashioned, investigative journalism.

Liberal democracies have very little to fear from activists. Objections to government policy and/or corporate behaviour based on political ideology or religious belief constitute no real threat to the smooth unfolding of long-prepared strategies and plans. After all, the actions of powerful institutions – be they public or private – are almost always undertaken within the law and are, therefore, extremely difficult to stop. Indeed, it is only when the placard-waving (but otherwise ineffective) activists avail themselves of a lawyer or two that they graduate to dissident status – at least in the eyes of their opponents.

Lawyers, like the best investigative journalists, have ways of extracting information the powers-that-be would rather they, their clients, and/or the general public, didn’t see. In the hands of a good team of lawyers, legal discovery can be an immensely powerful weapon. The constitutional separation of powers means that the Judiciary can require the Executive Branch of Government, or a private corporation, to divulge all manner of secret material. Discovery cuts both ways, however, so those who go after the secrets of the powerful must be prepared for the powerful to come after theirs.

But if lawyers pose a genuine threat to the secret dealings of the powerful, they are also extremely hazardous to their client’s bank balance. This enables the State, by dint of having its very own “law firm” – Crown Law – and a practically inexhaustible supply of funds, to adopt a strategy of litigation attrition. By extending and multiplying the mechanisms of the Law, the Crown is frequently able to wear down or financially exhaust its opponents. If an out-of-court settlement is arrived at by the contending parties it will almost always contain a comprehensive confidentiality clause. The dissident and his or her lawyers may “win” their case, but the State’s secrets remain just that – secrets.

What truly terrifies the wielders of public and private power are processes of “discovery” that owe nothing to the operation of the courts. Edward Snowden was able to use his privileged access to the secrets of the United States’ National Security Agency, to expose its highly questionable (and in some cases illegal) activities to the whole world. The specificity of the information he released (that the US eavesdropped on the conversations of the German Chancellor, for example) produced the most acute diplomatic embarrassment. Likewise his detailed description of the architecture of mass surveillance.

Nicky Hager’s book, Dirty Politics, delivered an equally destructive blow to the secret world of right-wing influence peddling and political character assassination. The hitherto unseen architecture of political manipulation in New Zealand was laid bare in a way that caught the subjects of Mr Hager’s investigation completely off-guard. It was the same with his earlier publications: Secret Power, Secrets and Lies, Seeds of Distrust, The Hollow Men and Other People’s Wars. In every case those under scrutiny had no idea that their activities were about to be exposed.

This “ambush” strategy has been criticised by Mr Hager’s opponents as unethical and contrary to the “rules of good journalism”. What it achieves, however, is the unimpeded distribution of his publications. Had the subjects of Mr Hager’s investigations been alerted to the fact that a book was in preparation, or, about to be published, it is highly likely that they would have attempted to legally injunct its release. Rather than offer his subjects the traditional right-of-reply, therefore, Mr Hager exhaustively checks and re-checks his facts to ensure that there is no possibility of legal restraint. That he has never been successfully sued bears testimony to the thoroughness of this pre-publication scrutiny.

What does a government “do” about a dissident of such consistent effectiveness as Nicky Hager? How reassuring it would be if we could answer, simply, that the powers-that-be, both public and private, redouble their efforts to conduct themselves ethically and openly. The revelations contained in Martyn Bradbury’s blogpost, however, strongly suggest that their reaction has been very different.

It’s as if someone, somewhere, has echoed the anguished cry of King Henry II.

When confronted with further evidence of the Archbishop of Canterbury’s, Thomas Becket’s, political and religious defiance, Henry bellowed: “Will no one rid me of this troublesome priest!” Did Henry know that four of his knights had taken him at his word and were on their way to slay the Archbishop before his altar? We shall never know. He always claimed ignorance of his men-at-arms’ intent, and did penance for the crime his words inspired. At the end of the day, however, his problem had, actually, been solved.

Rogue elements in the Police Force? Or a carefully devised plan to bring down a dissident? Either way, the outlook for the democratic public is grim.