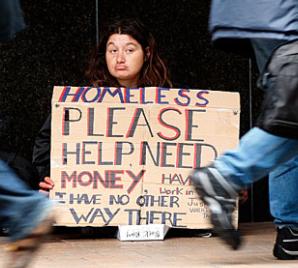 “However, 4916 just dropped out of the system because they did not do the paperwork.”

Even as National  boasted about a drop in beneficiary numbers;

This discrepancy can be explained – in part – with RNZ reporter, Ruth Hill, revealing;

… 4916 just dropped out of the system because they did not do the paperwork.”

This was a ticking time-bomb predicted by beneficiary advocates in 2013, when National implemented many of it’s punitive welfare “reforms”;

The changes sparked protests in front of three Auckland Work and Income offices by Auckland Action Against Poverty protesters yesterday who said the moves were about “cutting costs by pushing vulnerable people off the books” rather than getting them into decent jobs.

So how bad is the problem with WINZ forms?

On  8 February 2013,  I blogged on precisely this problem (WINZ, waste, and wonky numbers);

Paula Bennett has directed WINZ to make life more difficult for the unemployed, when registering with WINZ. As if losing one’s job wasn’t stressful enough, Bennet has forced the implementation of some draconian rules and requirements for beneficiaries. (The implication being that it’s the fault of  the unemployed for being unemployed?!)

One of the bureacratic bundles of red tape are the number of forms issued to WINZ applicants.

For those readers who have never had the “delight” of dealing with WINZ – these are the forms that are required to be filled out. Note: every single applicant is given these forms (in a little plastic carry-bag).

And if you have to reapply to WINZ for a benefit (if, say, you’ve lost your job again) you are required to fill out these forms all over again.

This is where taxpayer’s money is really going to waste in welfare.

All up, seventythree  pages of information and forms to  read, understand,  fill out, to collect information;

(Blogger’s Note: for a comprehensive view of each WINZ form, please go to  blogpost: Bill English: When numbers don’t fit, or just jump around)

This system becomes even more laughable when one considers that if an an applicant has been a WINZ “client” (ie, beneficiary) before, they remain on MSD’s computer files. Much of the information sought is already  on-file.

The cost of this must be horrendous, and it is ironic that at a time when National is cutting “back room” support staff to save money, that they are permitting taxpayer funding for this ‘Monty Pythonesque ‘ exercise in out-of-control form-filling.

No wonder that this was reported in Fairfax media,

“Social Development Minister Paula Bennett this morning said latest figures showed 328,043 people were now on benefits, with 57,058 of those on an unemployment benefit.

Reforms passed by Parliament require people on an unemployment benefit to reapply for it after one year. Bennett said this change had led to 5000 people cancelling their benefit.

More than 1400 of those said they had found work, more than 2600 didn’t complete a reapplication and more than 1000 were no longer eligible. ”

How many people with minimal education or poor command of the English language could hope to fill out so many forms of such complexity?

National has a peculiar – but effective – way of dealing with unpleasant statistics.

It either does not engage in collecting data (eg; foreign house buyers, poverty levels, etc), or, it implements policies that will artificially impact on statistics without actually resolving under-lying problems. Whichever is the cheapest, easiest option. And whichever draws the least worst  headlines.

If pushing New Zealanders off welfare – by making the system unnecessarily  complex and frustrating  – has the end result of an apparent drop in welfare numbers, then that is ‘Mission Accomplished’ for this government.

Pushing people into poverty; homelessness; the degradation of street living and begging; are not matters that greatly concerned successive Social Welfare ministers, whether Paula Bennett, nor her successor, Anne “Look-At-Me-Standing-On-A-Crushed-Car” Tolley, as she told Radio NZ;

“There is no reason for Work and Income to continue monitoring people who have chosen not to re-apply for a benefit.

If people require welfare support, it is their responsibility to get in touch and provide Work and Income with information that allows them to assess a beneficiary’s need. Once that is complete, Work and Income can provide the assistance people are eligible for.”

This is the same minister who told  TVNZ’s Q+A, political reporter, Corin Dann, on 21 June;

“Some would argue with the recent case, for example, with Emma-Lita Bourne who died in the state house, [a] damp house, why not just give those families more money to pay their power bill, rather than give the organisations money to come in and work and all the rest of it?”

“And, and, when you look at something like Whanua Ora, they are doing some of that. See, see, what we’ve got with the focus on individual programmes and agencies working in silos, families don’t work like that. They’re very complex issues so if I don’t know the details of that particular family…”

Tolley admitted not knowing the details of the family whose child died of cold/damp related illness.

Make no mistake, the end purpose of seventythree forms, and having to re-apply every twelve months, is to cause frustration and dissuade people from re-applying for welfare benefits.

Ministers then trumpet “success” at a drop in welfare numbers.

The next time you see beggars on the streets with signs saying “no money, please give what you can” – they are most likely telling the truth. They are this government’s dirty little secret.

“There is no official measure of poverty in New Zealand. The actual work to address poverty is perhaps what is most important.

One of the more bizarre and ridiculous policies by the Ministry of Social Development is annual re-application forms sent to beneficiaries with permanent disabilities such as spina bifida.

For those who are not aware, spina bifida is a permanent, life-long condition. There is no cure.

MSD seems to believe that a miraculous recovery is possible, judging by the forms it sends every twelve months to people with spina bifida.

Bill English: When numbers don’t fit, or just jump around