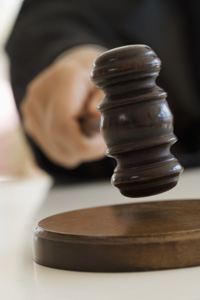 One of the many failings with our current prison system is that a prisoner can not gain any rehabilitation services unless they confess to their guilt, and they are not eligible for parole unless they agree to work in forced prison labour for less than minimum pay.

This first part is problematic for two reasons.

1 – For sex offenders disgusted by their own behaviour, their inability to accept guilt for what they have done means they never see any rehabilitation.

2 – If the prisoner is innocent, then you get what the Parole Board has done to Scott Watson, cite the prisoners refusal to do any rehabilitation  and then refuse them parole. He can’t get rehabilitation if he doesn’t admit his guilt.

You can immediately see the problems here right? What we end up with are prisoners who serve their entire sentence who receive no rehabilitation whatsoever.

We get back into society broken men who are more damaged than when they went in! How insane is that?

Surely a better way to do this would be to make the rehabilitation services available to everyone in the hope that in the process of getting in touch with their inner empathy, prisoners are able to acknowledge their guilt and come to terms with it that way. Simply banning all prisoners who won’t admit their guilt upfront from any rehabilitation  generates a situation where they are far more dangerous on release.

There’s also a double standard at play. Prisoner Rights Activist and current prisoner, Arthur Taylor highlighted it in his blog this week…

Scott Watson was knocked back for parole because he denies he’s guilty and he’s fighting a case to be retried . The funny thing is that Brad Shipton and Peter McNamara ( one a cop rapist and the other a lifeguard who helped him & Schollum in a group rape ) also told the Parole Board they were “innocent” and wouldn’t accept their guilt . The Parole Board nonetheless released them shortly after they served a third of their sentences