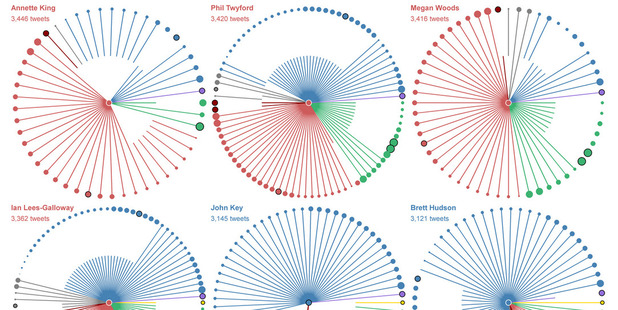 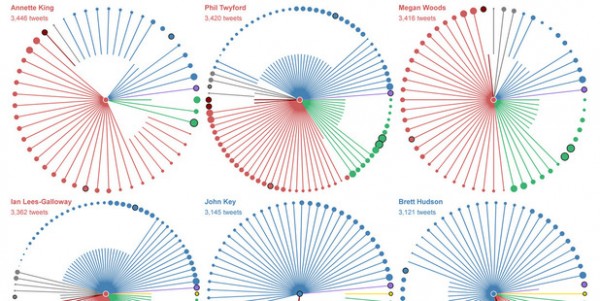 Chris McDowall wrote a very interesting article for the Herald last week looking at MPs and their twitter interaction.

The charts told us what we already knew, but it makes an important point. We tend to interact most on social media with those who agree with our opinion…

I think this work is interesting because it provides a glimpse into the social fabric of Parliament. Consider these graphics as a starting point for questions about who is listening to who rather than a set of unequivocal answers

…the criticism always levelled at social media is that they become echo chambers, and the British election certainly highlighted the disappointment basing your campaign on tweets will create. What social media is excellent at doing is rallying your side of the fight, its limitations are impacting the other side.

This is especially problematic now that news rooms have dumped journalists for ‘social media experts’ who tend to be some 20-somethings following twitter trends so an angry comment from some supporter suddenly finds its way onto the front page.

Social media has disrupted the gate keepers of power, but it hasn’t yet progressed to the point of being able to take power.