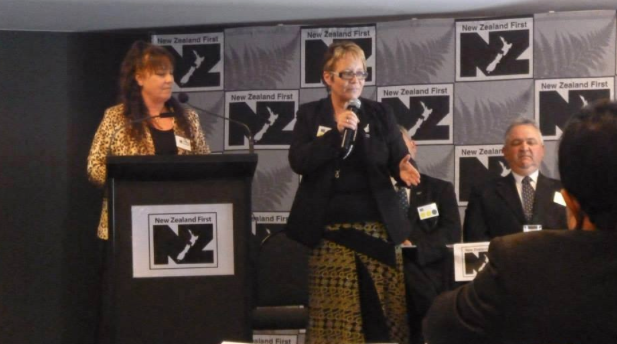 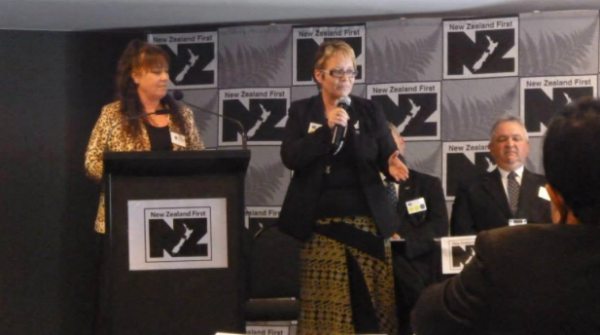 At 4pm yesterday RadioLIVE reported that Curwen Rolinson, former NZ First youth leader, had been arrested for possession of cannabis.

Rolinson appeared in court on 21 April. That’s over two months ago. So why is this in the news now?

The story broke one day after TDB published the second part of Rolinson’s exposé of NZ First: “Tracey Martin –  Rise and Fall of the Queen Hearts” which asked if the ousted deputy leader had a hand in the party’s list selection process.

The article caused shock-waves within the party. Leader Winston Peters called it “utter crap”.  President Anne Martin felt compelled to defend her daughter with an email to board members, dismissing the article as an example of Rolinson’s own “grandisement” [sic].

Interestingly, the Martins have a close link to the RadioLIVE newsroom.

It might shock readers and RadioLIVE management to know that RadioLIVE news presenter Jenny Marcroft is also paid to write media releases for Tracey Martin.  Marcroft, pictured above speaking at the NZ First convention in Auckland last year, has been moon-lighting as a media advisor to Martin since 2012.

In fact the Martins would appear to have their own cheer-leading squad over at RadioLIVE. See this tweet from Lloyd Burr, the journalist who reported Rolinson’s arrest: 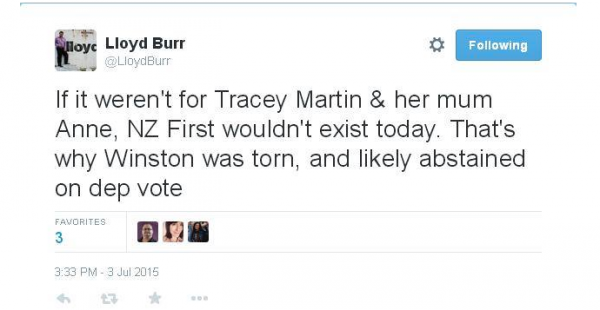 So is this a coincidence? I will leave it to the reader to draw their own conclusion.