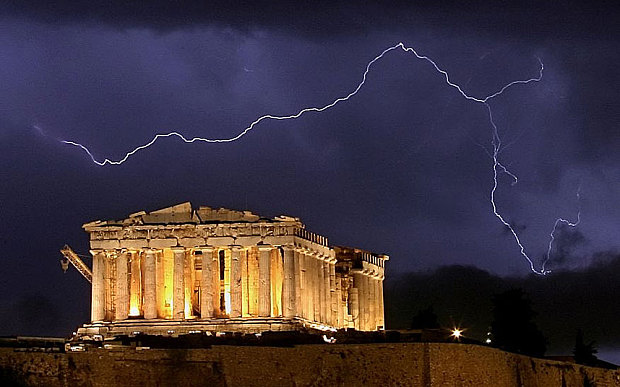 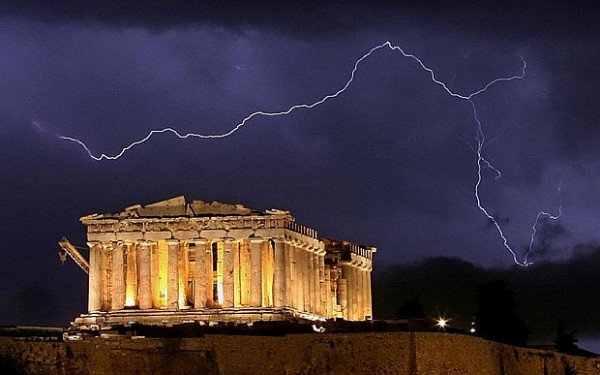 The No vote is far more powerful and larger than most anticipated. The reality is that the greed of Greece’s leaders who colluded with Goldman Sachs has led to a situation where foreign corporate bankers have degraded the quality of life for people in Greece to such a level that they have no other option than to fight.

Better to die on your feet, than live on your knees. Austerity is not a social policy. The promise of democracy is you can look into the face of your child and know they will get a better deal than you did, when that promise breaks people have a reason to riot.

In the birthplace of democracy, the most important battle of  technocrats ruling for banks rather than people is being waged and everyone interested in social justice must be engaged.

The Right wing are screaming that Greece is lazy and hideous for needing a bailout of 370 Billion. I can’t recall their voices gushing with the same level of anguish when their big bank mates needed bailing out – compare what Greece needs to the mega bank bailouts… 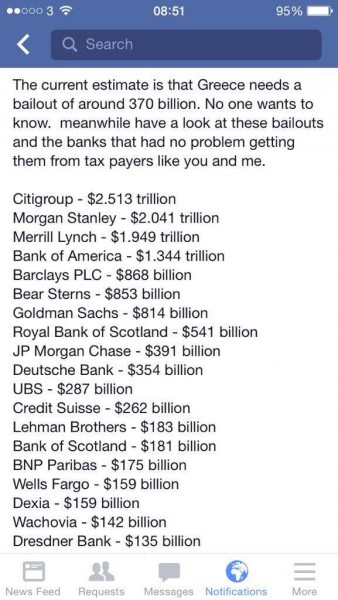