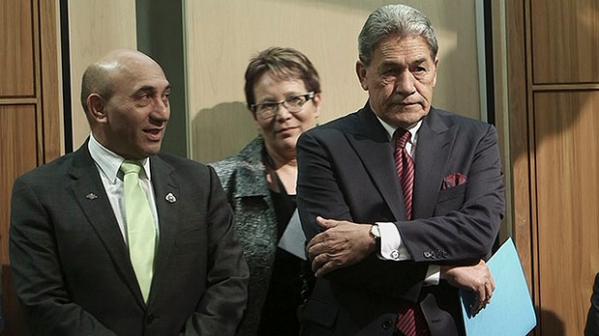 So Tracey Martin has been rolled by that most blokey of male politicians, Ron Mark.  And truth be told, it is harder for a camel to pass through the eye of a needle than for a woman to hold high office in New Zealand First. But Tracey is an unusually competent politician.  She is well-respected, in particular, in the education sector as someone who both understands the issues and has the capacity to make a difference.

Of course the loss of the deputy leadership will arguably giver her more time to pursue the education work.  Except that deputy leadership positions are generally about status and influence rather than workload.  This is literally a step down for her, and she must be bitterly disappointed, despite her press release congratulating Ron Mark today.

And because of that, this change can be seen as what it really is – the revenge of the boys.  Not since 1996, when Deb Morris and Robyn MacDonald were made ministers, thus displacing the more senior list-holders Ann Batten and Jenny (hell-hath-no-fury) Bloxham, has a woman made an impact at a leadership level in New Zealand First – until Tracey Martin.

Of course, the boys have an explanation for this apparent anomaly. Whenever Tracey Martin is in the media, it is brought up that her mother is party president.  The implication that Tracey is in Parliament as a result of nepotistic favour rather than competence lurks behind every story.  This is mischief at the highest levels.  There is no way that Tracey’s mum got Tracey into Parliament, let alone into the deputy leadership.

But the persistent rumours of nepotism allowed Tracey to hold a senior position without threatening the virility of the NZ First men.  It also sowed the seeds of her downfall, once the time was right.   New Zealand First has 12 MPs, nine of whom are men.  The men in New Zealand First are not feminists (to state the obvious).  NZ First has never gone after the women’s vote and has never got it.

The return of Ron Mark to Parliament last year provided both the impetus and the opportunity to set the NZ First world back on its blokey axis.  Ron, although never Deputy Leader before, had been a relatively prominent MP for years, and, in time served and his record, made a credible challenger to Tracey.

With a caucus of like-thinking fellows, it was presumably not hard for Ron to make the case about why he would make a better deputy leader than Tracey.   One would imagine that the need for a balanced leadership to attract support across the genders was not discussed in making that case.

Blue moon, you knew just what I was there for
You heard me saying a prayer for
Someone I really could care for
And then there suddenly appeared before me
The only one my arms will ever hold

Which is a good enough metaphor for the Martin out, Mark in, week in NZ First.  Perhaps Tracey hopes that she will live to fight another day for the party leadership, possibly when Winston retires (if that every happens).  This week’s events should have revealed to her that the new day is unlikely to dawn for her.