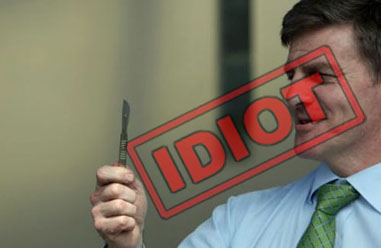 Housing profits could end up overseas
An Australian housing provider that is considering buying state houses here could use any money generated on projects across the Ditch, Prime Minister John Key says.

The madness of exporting our Government’s social obligations in Housing to Australia and Britain would be a thing of brilliant satire if it wasn’t depressingly real.

The drive to privatise state housing  isn’t just idealogical, it’s fiscal. This Government lowered tax rates and borrowed tax cuts for the rich, they afforded this by flogging off state assets, to continue paying the bills while revenue streams for social infrastructure are so reduced, the National Government need to make money from flogging off state houses.

This self inflicted reduction of revenue allows National to continue with the belt tightening meme and stops Progressives from spending. State house tenants are simply the latest pawns in this Government’s idealogical blitzkrieg on institutions they can dismantle without the middle classes noticing or caring.

When all we have left in the media are National Party sycophants, the middle won’t be listening until the property speculation bubble in Auckland pops and the facade of the Rock Star economy collapses on stage due to a drug overdose.

Until then, sleepy hobbits will continue to snore.