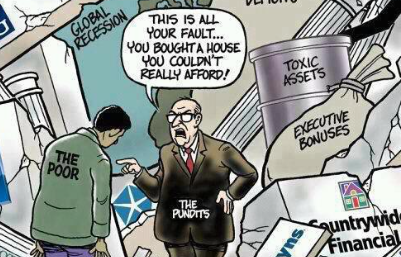 When the so-called “reforms” of Roger Douglas – lovingly referred to as  “rogernomics” – swept the country; privatising publicly owned assets; cutting state services; introducing user-pays; down-sizing the state sector; closing post offices in small towns and large cities; and witnessing the wide-spread  creation of Food Banks for the first time since The Great Depression, we were told that the restructuring of our economy would pay off with a higher standard of living.

Instead, we ended up with this;

“It is not only the government’s figures that reveal alarming levels of poverty. On top of the surge in demand for Income  Support grants is an explosion in food bank usage. Food banks have been described as the most visible face  of poverty in New Zealand. They are the only banks we now own. Only a few food banks existed before National’s election in 1990 on the hollow promise of a ‘Decent Society’. The first food bank in Auckland appeared in 1980, although researcher Adrian Whale noted in a 1993 thesis that throughout the 1980s, food banks were ‘predominantly small scale appendages to welfare services offered by city missions and other voluntary organisations’. But in the early 1990s, food banks established a ‘significant presence among the range of welfare providers in the community’. At least 70 percent of food requests to the Salvation Army  in 1992 were to support families with children. Figures from Presbyterian Support Services show that the number of food banks in the Auckland metropolitan area grew from 16 in 1980 to 130 in 1994.” – Mike Moore, “Children of the Poor”, 1996

“Nationally, the number of foodbanks exploded following the 1991 benefit cuts, and the passage of the Employment Contracts Act (ECA). For those in already low-paid and casual jobs, the ECA resulted in even lower wages (McLaughlin, 1998), a situation exacerbated by the high unemployment of the early 1990s (11% in 1991). The benefit cuts left many with debts, and little money to buy food (Downtown Community Ministry, 1999). In 1992 the introduction of market rents for state houses dealt another blow to state tenants on low incomes. By 1994 it was estimated that there were about 365 foodbanks nationally, one-fifth of which had been set up in the previous year (Downtown Community Ministry, 1999).” – “Hard to swallow – Foodbank Usage in NZ”, Child Poverty Action Group, 2005

In December, last year, the Waikato Times published a story on the growing need for foodbanks in their community. One particular comment stood out;

Humphry has worked with the Christian Combined foodbank for “so many years I can’t remember when I started”, but remembers when it opened in 1998.

If the free market “reforms” of the 1980s and 1990s were such a success, one has to ask the obvious question; why do food banks still exist?

Mike Moore was correct when he pointed out nearly twenty years ago; “Food banks have been described as the most visible face  of poverty in New Zealand.”

New Zealand’s poverty – like our domestic violence and child abuse – is best done privately, behind closed doors, and out of sight. The middle classes get queasy at the sight of poverty.

Little wonder that when Bryan Bruce’s sobering documentary, Inside NZ: Child Poverty was broadcast in November 2011, it raised a howl of furious indignation (mostly from the Right) that the election had been “politicised”.

Bryan Bruce reminded us just how far we had come, in the last few decades;

“I’m a baby boomer. I went to primary school in the late 50’s when they gave us free milk, free health care and a free education. In those days, Kiwi’s were able to boast that New Zealand was a great place to bring up kids. So when I learned that we’d dropped to number 28 on the list of 30 OECD countries for child well being, with just Mexico and Turkey behind us, I decided to find out what’s gone wrong and what we have to do to fix it.”

Someone in history (the actual utterer remains uncertain) once said of the poor who could not afford to buy bread;

Today, in 21st Century New Zealand, it is more like;

It certainly is cheaper, as my trip to a local supermarket on 29 June demonstrated;

One of the most common moralistic exhortations by the Right is that the poor should be able to feed themselves and their families. They just need to “budget more prudently”.

Well, at 95 cents per 1.5L bottle of soft-drink, the poor have a much cheaper alternative than the more pricey (and healthier) option of milk.

It’s just a shame it will probably kill them through obesity-related diseases.

Is this what Roger Douglas really intended for his country, back in 1984?

There are six policy reforms which, if carried out, would go a long way to reversing the ingrained poverty caused by forty years of a failed free-market experiment;

1. Reverse the 1991 benefit cuts. This would allow the poorest families in New Zealand to at the very least buy milk instead of teeth-rotting soft-drinks, and turn the heaters on in winter.

3. Raise the minimum wage to the Living Wage ($19.25/hr). The increase in take-home pay would be a boon to low-income families, as well as benefitting businesses throughout the country, as expenditure increased. As business turn-over increased; they would hire more people; leading to less paid in welfare, and more paid to the State in PAYE tax (helping Bill English finally balance those pesky fiscal books).

4. Implement Hone Harawira’s ‘Food in Schools’ Bill immediatly. Well-fed children learn better; succeed better; and contribute to society much better. If our Scandinavian cuzzies can do it, so can we.

5. Build more State houses, and stop flogging them off to every Tom, Dick, and Harriet who comes knocking on Bill English’s door.

6. Free healthcare for all children 13 and under.

Because it’s the right thing to do.

Amazon: Children of the poor – How poverty could destroy New Zealand’s future

National dragged kicking and screaming to the breakfast table

Are we being milked? asks Minister