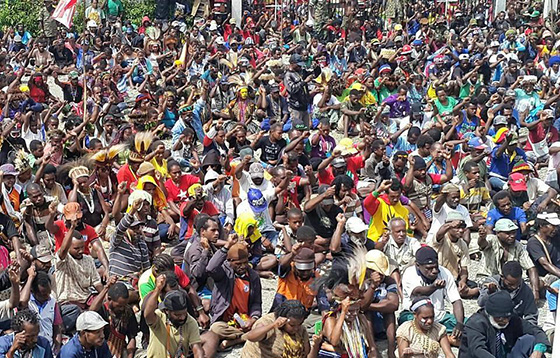 David Robie also blogs at Café Pacific
THE Melanesian Spearhead Group leaders’ summit in Honiara last week must go down as the most shameful since the organisation was founded two decades ago.

It had the opportunity to take a fully principled stand on behalf of the West Papuan people, brutally oppressed by Indonesia after an arguably “illegal” occupation for more than a half century.

Host nation Solomon Islands Prime Minister and chair Mannaseh Sogareve set the tone by making an impassioned plea at the start of the summit, predicting a “test” for the MSG. He said it would be an issue of human rights and the rule of law.

In the end, the MSG failed the test with a betrayal of the people of West Papua by the two largest members. Although ultimately it is a decision by consensus.

Instead, the MSG granted Indonesia a “promotion” to associate member status – an Asian country, not even Melanesian?

And the recently formed United Liberation Movement for West Papua (ULMWP), which had been forced to jump through many hoops over the past year or so provide a united “one voice” Papuan  front, was given observer status as a “development partner” for overseas Papuans – the same level occupied by Jakarta since 2011 until its elevation.

Brave face
Most media and some commentators see this as a huge achievement by the West Papua lobby movement, and even the ULMWP is putting a brave face on it.

A statement circulated by the Free West Papua Campaign has praised the MSG decision as “making history” with political recognition – but at what price?

“After 53 years of political struggle for the right to self-determination, the ULMWP representing West Papuans, was today granted observer status,” said the statement.

Thanking the Melanesian leaders, ULMWP secretary-general Octovianus Mote said: “We applied for full membership at the instruction of MSG leaders in 2013 and 2014. Despite not getting full membership [then], we welcome the decision of the leaders as it is our first step to full political recognition.”

Mote added that it was a welcome first step, and the struggle wouldn’t end there.

But the truth is the West Papuans have been betrayed, especially by the Papua New Guinea Prime Minister Peter O’Neill and Fiji leader Voreqe Bainimarama. For the Fiji and PNG delegations, Indonesian-funded aid is more important than human rights for their Melanesian brothers.

The West Papuans should have been granted full membership now.

But at least the Melanesian nations are actually trying to engage with Indonesia over West Papua, so much better than the wimpish Australian and New Zealand approach.

The Solomon Islands had declared support for a compromise of observer status before the summit began while both Vanuatu and the Kanak and Socialist National Liberation Front (FLNKS) of New Caledonia both supported full membership.

The ULMWP had hoped to follow the FLNKS precedent in obtaining full MSG membership without being a sovereign government.

West Papuan petition
More than 150,000 West Papuans signed a petition supporting MSG membership and an under-cover Dutch journalist visiting the region shortly before the MSG summit reported overwhelming support for the ULMWP cause in spite of a crackdown by security forces.

Perhaps the wisest message made during the week was by former Solomon Islands Prime Minister Ezekiel Alebua who described the involvement of Indonesia in Melanesian political space as a mistake.

In an interview with Joey Tau of the Pacific Network on Globalisation (PANG), who was media adviser for the ULMWP camp, Alebua declared that the founding fathers of the MSG founded the bloc on the values of promoting Melanesian common interests such as heritage, culture and traditions of peace and harmony.

“With due respect to the current Melanesian leaders, we have a new wave of leaders in this region who are more interested in trade and commerce, and give very little attention to our true Melanesian recognition,” he said.

“There are economic interests with Indonesia, but our fellow Melanesians are being abused and tortured, and we must act morally.”

One of the great mysteries of all the hype is about “five Melanesian provinces” in Indonesia. This is patently misleading, there are only two: Papua and West Papua. Previously there was one, but it was split into two to make it easier to divide and rule.

While the other three provinces, Maluku, North Maluku and East Nusa Tenggara, may have Melanesian minorities, they cannot be genuinely characterised as Papuan.

Face value
Why were journalists in Honiara not challenging such statements?

Defending the MSG decision,  Bainimarama said: “Fiji believes we are acting in the best interests of the people in West Papua.”

He added: “For our part, Fiji has been guided by a number of overriding principles in approaching the West Papua issue. The first and foremost of these is that Indonesian sovereignty over West Papua cannot be questioned. The province[s are] an integral part of Indonesia.”

Bainimarama even commended President Joko Widodo for the “steps they are taking to improve conditions in West Papua for its Melanesian population”.

Frankly, it seems that Bainimarama and O’Neill and their advisers have been either conned or seduced by the promises of development aid from Jakarta.

The sovereignty argument is a false one. The so-called Act of Free Choice in 1969 was a fraud.

Timor-Leste was invaded illegally by Indonesia in 1975 and for the next 24 years, Jakarta argued the territory was “Indonesian sovereignty”. But Timor independence was restored in 2002.

‘Untrue statements’
Andrew Johnson, a 20-year veteran with the Australia West Papua Association, specialising in historical research and analysis, has taken issue with “untrue statements” in the Fijian and Indonesian “spin” at the MSG summit.

Writing in Pacific Scoop, he noted that:

And Fiji’s Prime Minister is telling the MSG gathering that “Indonesian sovereignty over West Papua cannot be questioned. The province is an integral part of Indonesia.”

But neither of those statements are true.

I wrote a draft UN General Assembly resolution that the Vanuatu Parliament wanted to tender five years ago asking that the International Court of Justice be allowed to give its advice whether West Papua is legally part of Indonesia or is a non-self-governing territory.

As it happens, I also believe West Papua is a UN Trust Territory due to Indonesia asking and the UN General Assembly putting UN Charter article 85 part 1 into effect when it made General Assembly Resolution 1752; the result of which would mean that New Zealand and other UN members are legally required to promote West Papua towards independence under article 76 of the Charter.

Whether I am correct, or the Fijian PM is correct, is a matter that only the International Court of Justice (ICJ) can answer.

The MSG has raised the issue of the sovereignty of West Papua, and I think it is long overdue that our governments asked the ICJ to answer the question whether West Papua is a UN trust territory or not. 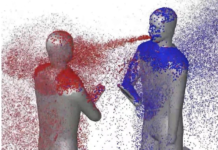