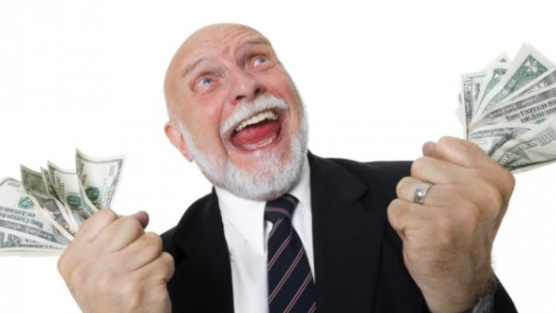 Most of us who have money think of money ‘as if’ it was a commodity with magical properties. We believe that it is a kind of stuff that appreciates over time, that is instantly convertible into any good or service that we might demand (through a process called ‘shopping’), and that may be ‘produced’ in one time period and consumed in another.

Various metaphors have been used for this kind of thinking, with money having been likened to squirrels’ acorns, cans of baked beans (see my Acornomics on Scoop, 25 October 2013) or survivalists’ preserved peaches (Google: ‘Mayan prophecy “canned peaches”‘!). These metaphors all fall short, as none of these commodities are sufficiently magic. Unlike money subject to compound interest, acorns (for example) do not appreciate over time. Some alcoholic beverages appreciate over long periods, thanks to the process of fermentation enabled by that magic-like fungus, yeast. Yeast is thus a good metaphor for interest.

One concept used in advanced abstract economic growth modelling is economic putty-putty (yes, you may google it), which conveys a sense of plasticity while maintaining the fiction that economic output can be traded across time ‘as if’ old output (goods and services) was indistinguishable from new output.

The commodity metaphor I will use is necessarily a figment of the imagination. It’s ‘magic resin’, and gives us the neologism ‘resinomics’. Think of this yeast-infused resinous commodity as being amber-coloured and organic. Unlike gold, it appreciates continuously over time through a process of compound interest. Like gold bullion it may be stored in bulk or divided into small pieces of different sizes. Magic resin is instantly convertible (‘shopable’!) into a good or service appropriate to the amount of resin offered. Resin-money is destroyed when it is spent, conveying a sense of impoverishment through spending.

From a resinomic point of view, our individual and collective accumulations of resin (ie money) represent our economic wealth. The ‘economic problem’ is understood as how to make and accumulate as much resin as possible given limited resources. We understand production (and employment) as a process of ‘making money’. Thus, as businesses, we do things like catching fish in trawlers not because we want to catch fish, but because we want to ‘make’ money; money that we want because we understand it to behave as if it was magic resin.

Do you (dear reader) think of money in this way, as if it was magic resin? One simple test is the following question:

Which of these – ‘exports’ or ‘imports’ – represents the benefit of international trade?

If you were even tempted to answer ‘exports’ then this is the way that you most likely think about money. Of course it only takes a moment’s reflection to realise that the benefit of an exchange is what you get (‘imports’ in this example), and that the cost of an exchange is what you give up. We too easily think, however, that acquiring imports means that we give up the magic stuff that we regard as wealth.

It was good to see a commentator (Draco) to my last week’s posting on The Daily Blog (House Prices, Interest Rates and Money, 21 June 2015) agree that “money is a technology, not a commodity”, saying “all income needs to be spent in near real time to keep the economy moving“. While I’m sure I would differ with Draco on precisely how money works as a technology, at least he(?) understands the conundrum of money. Money, as a circulating medium, is a means that facilitates prosperity; money is an economic means, not an end in itself. Money is a means to wealth; it is not wealth.

To understand why so many economic issues are so intractable, we need a way of thinking about why so many people think about these problems through the particular frames that they choose to use. The classic case of confused economic thinking is the pension problem.

A good reference point here is David A Moss (a Harvard Business School professor), and his 2007 book A Concise Guide to Macroeconomics; What Managers, Executives and Students Need to Know (see relevant excerpts in Google Books). While Moss is no economic radical, he clearly understands the realities about wealth that most economics textbooks shy away from.

Moss has an excerpt called “The Pension Dilemma and the Centrality of Output”, at the end of his chapter on ‘Output’. That chapter clearly explains that economic output is ‘goods and services’, not money. In the excerpt he explains how there are no economic advantages in ‘pre-funded’ pension schemes (like the Australian pension fund) vis-à-vis ‘pay-as-you-go’ schemes (such as New Zealand Superannuation). Pre‑funded schemes are based on the principle that output saved today (eg 2015) can be consumed tomorrow (eg 2040) as if it was acorns or canned food or magic resin. The reality, however, is that whatever the scheme, tomorrow’s pensioners can only consume tomorrow’s output. They cannot consume today’s output tomorrow.

“The underlying problem is more straightforward than it seems. The amount of [current] output that a country produces is its ultimate budget constraint, regardless of how many stocks or bonds or social security cards may be floating around. Unless its output grows, a country cannot give more to its retirees without giving less to its workers. The key point to remember is that as a society, it is output, not financial wealth, that we have to rely on in the end.”

For Moss, and most economists who are not employed in the finance industry, it’s economic growth that matters, not financial claims (of which money is the most ‘liquid’). The appreciation of pension funds that ‘invest’ in speculative assets is as illusory as any financial bubble. Indeed, these pre-funded retirement funds are significant culprits in inflating our perceptions of our wealth, and in creating financial crises when the bubbles burst.

I disagree with Moss’s apparent emphasis on steady economic growth. Success for me is an ‘elastic’ economy that is able to produce more goods and services when it has to, and conserves resources when it can. There’s a much greater chance that we can support our populations in relative comfort in 2040 if we focus today on productivity growth through input conservation over the next decade or so, rather than doing our best to squander resources today that we could save (ie conserve) and use if necessary to provide sufficient goods and services tomorrow.

It is a common and sometimes useful abstraction to think of one thing ‘as if’ it were another. Many of us think of God ‘as if’ He was a man. Neoclassical economists think of ‘economic men’ ‘as if’ they were rational pleasure-maximising pain-minimising beings with substantial foresight. Most of us (especially politicians, journalists, business persons and finance sector professionals) think of money ‘as if’ it were Magic Resin, as described above. (See this article ‘Stock Takes: Super Fund kudos shows Govt folly‘ from today’s NZ Herald as a resinomist report of our own sovereign wealth fund as a font of appreciating resin.) While most economists think differently, too many, especially when they are formulating public policy, think ‘as if’ they believe that money is akin to magic resin.

The reality is that money is a very useful medium of exchange (a social technology), material wealth is the goods and services (output) that we produce and enjoy, and that all output has a lifespan (very short in the case of services; slow depreciation in the case of a house).

We can however use output today to facilitate more output tomorrow. That process is called (by economists) ‘investment’ (not to be confused with what finance sector professionals call “investment”). Investment is essentially a process of ‘planting’ rather than consuming purchased output, for example as planting seeds in the ground or as demanding ‘plant and equipment’ to facilitate future production. Merely holding unspent money (or financial assets which are claims on money) in the expectation that it will appreciate like maturing whisky is a practice built on quite erroneous thinking about money. Yet almost all our policy debates – from retirement income to Greek debt to inequality – are all too easily framed around the assumption that unspent money accumulates ‘as if’ it were magic stuff.