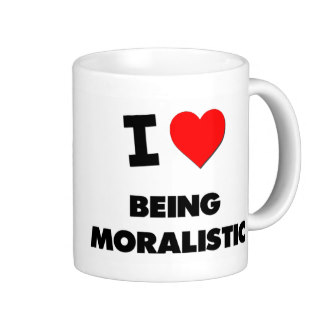 I never thought at this stage of my rather dull economics career I would be writing a blog about SEX.

But I am trawling through all the cases I can find on relationship fraud and it is making me very, very cross indeed and very sad to observe the moralistic 19th century veneer on our so-called civilisation.

Imagine if it made no difference whether you were having SEX or not, as to how you were treated. But, hold on, you don’t have to have imagination, you just need to think of that other three letter word TAX. The IRD don’t care whether you are having SEX or not, so long as you pay the individual tax you should.  They don’t peer into your bedroom to see if they can charge you more tax for having SEX. They don’t string you up, humiliate you, put you in jail and otherwise ruin your life for having SEX.

The sad fact is the benefit system, backed up by courts and judges who have no training in these matters, treats those who have SEX like they are seriously deviant. They need to be severely punished and often have their lives ruined by prison terms, community service, home detention to say nothing of adverse publicity and long-term repayments schedules that are crippling and cruel.

Exactly what is different between flatting or sharing and de-facto or married?  You got it, SEX.

Here is an example of what I am seeing and I will alter the identifying detail in the interests of not further recriminalizing the victims of this terrible system:

A mentally disabled man is on the unemployment benefit for 10 years and then shifts in with a woman for the next 10 years who provides him some support with his daily living problems.  This woman is in ill-health herself, eking out a bare subsistence on a benefit with some part-time work.

Under the current benefit rules living arrangements make no difference for single people. He is entitled to the single rate of jobseekers benefit even if he is sharing accommodation. He considers himself unmarried and continues on the meagre single rate of jobseekers supplemented by a few hours of odd jobs a week. Work and Income detects a whiff of SEX and comes down like a ton of bricks accusing him of having been in a de facto relationship for the last ten years.  He is prosecuted in the courts and branded a ‘benefit cheat’. The judge actually refers to there being an “intimate” relationship so this must be different to flatting and must be punished.  He is told he is lucky not to be sent to jail and gets a reduced sentence on account of his mental disabilities, his need for a caregiver and the fact he pleads guilty. However, he will still do many months of community sentence and lengthy home detention making it impossible to do any paid work at all. For the next 15 years he will repay $20 a week out of his meagre benefit and has a reduced capacity to ever again earn extra as now he has a criminal conviction.

We are not talking about a life of luxury. The Single Jobseeker weekly rate is only $210 but the ‘married’ or ‘de facto’ person rate is even less at $175.  The result is that two single people flatting together are entitled to $420 per week, which is $70 more per week than if they are deemed to be in a de facto relationship.   Worse, as singles they can each earn up to $80 a week before this additional income sharply reduces their benefit entitlement, whilst a de facto couple can earn only $80 between them.  There are other complications with accommodation assistance.

But what kind of a test is used to say two unmarried people are actually in a de facto relationship and therefore can be treated as if they need less money to live on? Despite a long checklist on Work and Income’s website, it boils down to SEX.  Keep out of each other bedrooms is prudent advice!

The welfare provisions are perverse in the extreme but clearly the faster a relationship can be found to be in ‘the nature of a marriage’ the more the state saves.  The so-called ‘benefit cheat’ is usually said to be ‘remorseful’. A plea of guilty to ‘relationship fraud’ can take up to 6 months of a jail sentence so a guilty plea can be expected in a situation of clear power imbalance. What alternative does an accused beneficiary have without the legal resources to fight it through the appeal process?

What are we thinking of when we differentiate between single sharing and de facto married and then criminalise people for not getting the difference? If we are honest we should acknowledge we have a system that taxes SEX. The very first change that MUST occur is alignment of the rates so there is no difference between single and married as is the accepted practice in our tax system. The second change that is beyond urgent is to remove the joint income test so each is treated as an individual when there is any extra earned income.