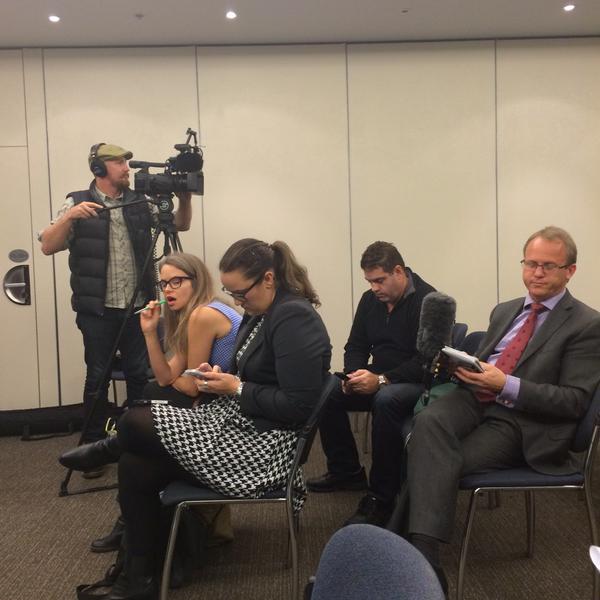 Here’s the image that made me suspicious…

…that’s Cameron Slater at a public event. David Farrier posted it at Colin Craig’s announcement that he was stepping down. Ever since the mounting Court action against Slater, he has been doing everything to avoid getting served papers so for him to come out into public  means something is afoot.

This was after Slater had published a screwed up ‘poem’ supposedly from Colin to a woman Slater wouldn’t name but handed to him by a ‘friend’ of the woman who had been supporting her.

After some digging how about we start asking some impertinent questions?

1: Is the source to Slater who is pretending to be a ‘friend’ to this woman an individual who appears numerous times in ‘Dirty Politics’?

2: Is that same individual also close friends with a person who is currently attempting to take the leadership of the Conservative party off Colin Craig?

3: Does this individual have a track record of using personal information to force changes of leadership in political parties for their own interests?

4: Why are mainstream media journalists using these exact same Dirty Politics sources to enable these people?