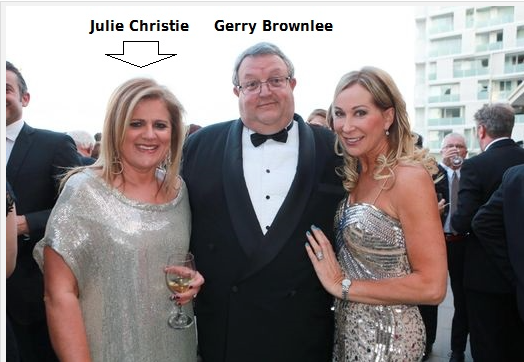 Just when you thought Mediaworks couldn’t possibly dumb-down their television service any further;

When I first heard this, my initial reaction was someone on Facebook, with a wry sense of humour, was playing ‘silly buggers’ at Mediaworks’ expense.

Then I was pointed to the media report on Fairfax’s website.

Honestly – how does one react to a decision like this? Deep sobbing tears and face-palming – or maniacal laughter that might do The Joker proud?!

If this is Mediaworks’ idea of a joke – exacted against Campbell Live supporters as revenge for daring to question executive decisions – then someone has a rather cruel, demented sense of humour.

If this is what passes for sound business decision-making in Mediaworks’ boardrooms these days – then their next round of bankruptcy will not be far away. I’m picking three months.

Whoever was responsible for this awful programming decision would be wise to never, ever admit  their part in this insanity. Their career would be in tatters if word got out. To quote a Mediaworks press release describing ‘Come Dine With Me‘;

“Week one features Monika, a Slovakian child carer, who’s all about silly with a side of spice; Tony, an eccentric real estate agent with some cutting critiques and a few ‘endearing quirks’; Hinemoa, a part-time tattooist and full-time eyebrow enthusiast; motor-bike riding, insurance broker Kyle; and stylish yoga enthusiast Sarah.”

Perhaps an answer to this incomprehensible decision to replace a highly successful, well-respected current affair show like ‘Campbell Live‘ with another (and somewhat gormless-sounding) “reality” programme lies with Mediaworks’ board member, Julie Christie.

In 1991 Christie founded television production-company, Touchdown Productions.The company was responsible for “reality” (aka “unscripted television“) programmes such as ‘My House My Castle’, ‘Whose House Is It Anyway’, ‘DIY Rescue’, ‘Trading Places’, ‘Treasure Island’, ‘Game of Two Halves’,  ‘Pioneer House’,  ‘Dragons’ Den’, and others.

Julie Christie quickly acquired a reputation for being New Zealand’s own television “Reality Queen“, as TV3 itself described her, two years ago;

More on Christie’s involvement with reality-TV and TV3 in a moment.

In February 2006, Touchdown was sold to Dutch media group, Eyeworks. She remained as CEO of Eyeworks NZ until 31 October 2012, when she resigned. Eight months later, in June the following year as Mediaworks was put into receivership, Julie Christie was appointed to the board of directors.

There is no telling how much earlier  Christie’s June appointment had been planned by parties involved, though this had been tipped by NZ Herald media columnist, John Drinnan four months earlier.

Julie Christie remained closely involved with the company, as confirmed by Eyeworks on their website;

There is indeed a strong, formal link between Christie and Eyeworks.

The directors of Eyeworks New Zealand Ltd are;

Christie has a separate company, JGM Investments Ltd, whose directors happen to be;

And JGM Investments No2 Ltd, whose directors are also;

Christie’s JGM Investments No2 Ltd company is described as;

By “coincidence”, the New Zealand version of ‘Come Dine With Me‘ – which has taken ‘Campbell Live’s‘ “plum” 7pm time-slot – is produced by none other than – Eyeworks NZ.

Eyeworks was not wrong when it stated that Christie “remains connected to the Eyeworks Group”.

Not exactly conspiracy theory stuff – but a possible conflict of interest?

I contacted Eyeworks and Mediaworks and put certain questions to them;

To Eyeworks I posed these questions;

(1) Is Eyeworks currently involved in any projects intended for TV3 that might (or is intended) to be broadcast at that time?

(2) Is Julie Christie involved in any projects intended for TV3?

(3) Was Julie Christie involved in the production of ‘Come Dine with me’?

(4) Was Julie Christie involved in any way in production of ‘Come Dine with me’?

(5) Is Julie Christie involved in any production associated with your company, either currently, or planned for the future?

As at time of publication, Eyeworks has not replied to my enquiries.

Through a Mediaworks staffer, I asked Board member, Julie Christie;

According to the Eyeworks website, you “remain connected to the Eyeworks Group”. This refers to your previous role as CEO of Eyeworks NZ until your resignation from that company, effective around 31 October 2012.

Can you shed some light on what your “connection to Eyeworks Group” consists/consisted of?

Did this “connection” remain in place after your appointment to Mediaworks’ Board, in June 2013?

Does the “connection to Eyeworks Group” involve two of the Board directors of Eyeworks?

Do you receive any form of remuneration from Eyeworks?

When did Mediaworks commission ‘Come Dine With Me’?

Were you connected with commissioning ‘Come Dine With Me’ for TV3?

Who initiated the project ‘Come Dine With Me’?

Were you connected in anyway with the production of ‘Come Dine With Me’, especially in the light of Eyeworks comment that you “remain connected to the Eyeworks Group” ?

What was your role in determining the programming schedule for ‘Come Dine With Me’?

What in-put, if any, did you have in deciding that ‘Come Dine With Me’ would fill the 7pm to 7.30pm timeslot, weekdays.

When was that decision made?

Do you perceive any possible conflict-of-interest between your membership of Mediaworks’ Board, and “remaining connected to the Eyeworks Group”?

As at time of publication, Christie has not replied to my enquiries.

To Mark Weldon, CEO of Mediaworks since August last year, I put the following;

According to the Eyeworks website, one of your Board members, Julie Christie “remains connected to the Eyeworks Group”. This refers to her previous role as CEO of Eyeworks NZ until her resignation from that company, effective around 31 October 2012.Can you shed some light on what your understanding of her “connection to Eyeworks Group” consists/consisted of?

To your knowledge, does this “connection” remain in place subsequent to her appointment to Mediaworks’ Board, in June 2013?

To your knowledge, has Julie Christie received any form of remuneration from Eyeworks?

When did Mediaworks commission ‘Come Dine With Me’?

Were you or Julie Christie connected with commissioning ‘Come Dine With Me’ for TV3?

Was Julie Christie in any way involved with the production of ‘Come Dine With Me’?

What was your role in determining the programming schedule for ‘Come Dine With Me’?

What in-put, if any, did you have in deciding that ‘Come Dine With Me’ would fill the 7pm to 7.30pm timeslot, weekdays.

When was that decision made?

Does Mediaworks have a Conflicts of Interests Register for Board Members?

If so, has Julie Christie registered any conflicts of interest on such a Register?

Do you perceive any possible conflict-of-interest between Julie Christie’s membership of Mediaworks’ Board; Ms Christie “remaining connected to the Eyeworks Group”; whilst Mediaworks purchases productions from Eyeworks?

Mark Weldon did not reply, but Rod McGeoch, Chairperson of Mediaworks sent this response the following day;

Dear Mr Macskasy
I am the Chairman of Mediaworks. I have been a lawyer for more than 40 years and a director of many companies over the last 20 years.
Mediaworks is a private company with one shareholder. Short of breaking the law it is entitled to run its affairs as it wishes.
As it happens Julie Christie has made all the appropriate disclosures. The board and the owner value very much her experience and connections. My views as expressed here ,mean I believe, that the answers to your enquires are unnecessary.
Any suggestion that her behaviour or interests have in any way interfered with her duties would in my view be likely to be defamatory of her.
Yours faithfully
Rod McGeoch

I seem to have “touched a nerve”. When thinly-veiled threats of defamation lawsuits start flying, it suggests that someone finds the tenor of questioning to be uncomfortable.

To make it crystal clear for Mr McGeoch and his 40 year old lawyering career, I am asking questions, not making assertions. It would be a fairly simple matter to refute the questions with simple answers.

Thus far, no refutations or clarifications have been forthcoming.

However, an apparent conflict-of-interest still remains to be addressed by Mediaworks. Especially when the programme that replaced ‘Campbell Live‘ was created by a company – Eyeworks – with which Julie Christie is still associated, and whose Board members also sit on two companies with which Christie is involved with.

The perception of murkiness in all this cannot easily be overlooked.

The Director’s Guide, from the Financial Market’s Authority, refers specifically to potential conflicts of interests;

• Be aware of possible conflicts of interest

• Make sure any conflicts you personally have are officially recorded. All companies should have an Interests Register and a process for managing potential conflicts

• Where you have an ‘interest’ in a transaction, you need to be able to show how your company (or your parent company if your constitution allows this) benefits and gets fair value from it.

• Ensure you have a good understanding about what falls within the definition of a related party.

There is no telling how Christie has benefitted from Eyeworks acquiring the contract to produce ‘Come Dine with Me‘. But what we do know – from Eyeworks’ own admission – is that Christie continues to “remain connected to the Eyeworks Group… working in an international creative role”.

Whilst Christie is no longer a Director of Eyeworks, she is still closely associated with two  Eyeworks Directors via two other companies.

We do not know how Eyeworks acquired the contract to produce ‘Come Dine with Me‘. But we do know that Christie is on Mediaworks’ Board of Directors.

We do not know what role Christie played in the production of ‘Come Dine with Me‘, except;

The 7pm-7.30pm time slot is prime time, and a lucrative slot for advertising within programmes, as  Rod McGeoch, Chairperson of Mediaworks, stated candidly on 11 April 2015;

For Eyeworks to produce a product and schedule it at prime time would have meant a profitable exercise for the company. That required, first of all, to get rid of ‘Campbell Live‘, thereby leaving the slot open.

As usual, it boils down to money.

Someone has made a lot of money out of this.

The final question; is Mediaworks new owners – Oaktree Finance – aware of all this? They should be.

In a rare moment of sanity (hopefully) prevailing, this also appeared in  Fairfax stories (9 June);

There is hope yet, that the corporate lunatics have not gained complete control of  Asylum Aotearoa. John Campbell and Mihingarangi Forbes is a Dream Team, second only to a full non-commercial, public-service television broadcaster being re-established in this neuron-deprived nation of ours.

This must be one of the top priorities (along with addressing child poverty, polluted waterways,  and housing problems) of any incoming Labour-Green(-NZ First?) government. Every New Zealander with a conscience and deep, abiding interest in the future of our country, must be on the back of a new progressive government to get this done.

I know I will.

TV3 “News”: Come Dine with Me launches on Monday

The Daily Blog: Dirty Politics – Coming To A TV Station Near You