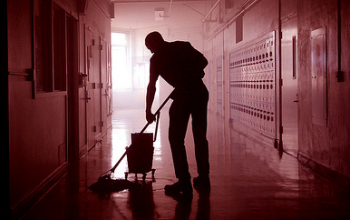 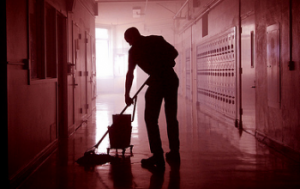 I was out on a picket a few months ago to protest low-wage work at Alderman Drive ‘PAK’nSAVE in Auckland. The wages at this particular supermarket were pathetic. Owner Rayner Bonnington had offered his staff a measly 32 cents pay rise even though minimum wage, which sat at $14.25 an hour, had to be raised by a generous (note the sarcasm) 50 cents in Aotearoa this year.

Rayner was paying his staff below minimum wage to stack his shelves and sell food they likely cannot even afford themselves because of the subhuman wages he pays them. I got talking to a Union delegate who was at the picket also, and we discussed the much publicised use of zero-hour contracts by fast-food giants such as Starbucks and Wendy’s in Aotearoa. These contracts are used all over the world, particularly in the United Kingdom, to disempower and impoverish workers and strip away their rights to guaranteed hours so profitable companies can save money. The delegate told me:

“If you are on zero hours it’s pretty obvious that you would be better off on the dole.If your hours fluctuate above and below the threshold at which you might be entitled to additional assistance, the dole would provide more certainty and stability,

especially when one hour paid work a week is considered employment in this country.”

I have been on welfare, lots. I am part of what some of my case managers call the ‘revolving door’ at WINZ (Work and Income) – as in, I keep coming back with my hand out like Oliver Twist asking, “please Sir, can I have some more?”

I’ve also spent the better part of the last decade working low-paid and insecure hospitality work, and I’ve always been subject to casual contracts, which effectively operate just like zero hours. I have worked up to three jobs so I can scrounge enough hours together to pay back my student loan and pay bills and rent. I rarely ever know how much my pay cheque is going to be or how many hours I will get from the jobs I am working. Some weeks I earn 300 bucks, sometimes a bit more – but often a lot less.

When I have been sacked for whatever reason from whatever crap job I am working, or if I’m simply struggling to scrape together enough hours to break 20 hours a week (under-employment is a massive problem in this country) I find myself at WINZ again.

Trust me when I say: I really don’t want to be there.

Being denied the use of the toilets (‘cause hey, I might do crack in there), then being told by some plucky and patronising case manager who checked their compassion and self-awareness at the door that I just need to “think ‘positive’ about my situation” (as if a change in attitude is going to change a stagnate job market) as I hold back tears, ‘cause honestly this shit is just embarrassing, isn’t exactly my idea of a good time.

The humiliating experiences of being on welfare aside, at the very least, as this Union Delegate pointed out to me, I always knew exactly how much I was going to get a week: around 250 bucks.

Unlike so many of the hospitality jobs I have worked where I have been ‘let go’ without any warning, I would at least get a courtesy letter from WINZ telling me in a week my welfare would be halved because I had “failed to meet my job seeker requirements”. Whatever the fuck that means because let’s be honest: no-one honours the requirement to look for a job eight hours a day, five days a week.

But the guarantee that the State will look after you when you are down-and-out is disintegrating as safety-nets in Aotearoa are being systematically gutted. Since the late 1980s right-wing and nominally left wing governments and politicians (notably Labour’s Roger Douglas and National’s Ruth Richardson) have implemented economic and social policies that have eroded welfare and cut public spending and made it harder and harder for the political underclass to step up on the social and economic ladder.

National MP Paula Bennett, who traded in her humanity for parliamentary status and a secure pay cheque (which pays well above a liveable wage), is committed to breaking the cycle of welfare dependency in Aotearoa and has undertaken brutal welfare reforms. In 2013, Paula targeted the youth benefit, those on the sickness and invalid benefits and sole parents on the DPB (Dependant Parent benefit) – some of Aotearoa’s most vulnerable and often the most in need of state support and care.

National’s recent 2015 budget will push parents on the DPB into work when their tamariki turn three, instead of the previous five. Rather than spending an extra two years focused on raising their beautiful tamariki – Aotearoa’s next generation – sole parents on the DPB will be forced into work, and will be expected to take whatever job is offered no matter how meaningless and underpaid – or suffer cuts to their welfare payments.

The people who will be affected the most by National’s latest welfare reforms are the children of parents who will go to school with empty bellies when sanctions are placed on their parent’s DPB, if sole parents fail to meet ‘job seeker requirements’. You have to wonder if Paula and other National politicians took this into consideration when they wrote this reform. Poor and callous governance from our political leaders has a lot more to answer for than ‘poor parenting’ does.

All over the world tory governments are waging an endless war against the political underclass. In England, the ongoing sanctions against people who receive welfare and are deemed ‘fit for work’ have resulted in many welfare deaths. One of the most publicised such deaths was David Clapson, as the Independent reported:

“[…]a diabetes sufferer who was found dead from acute lack of insulin after his benefits had been stopped. There was no food in his flat – or in his stomach, an autopsy found – and he had just £3.44 in his bank account. Why? Because the ex-soldier, who was reportedly found with a pile of printed CVs near his body, had been deemed not to be taking the search for work seriously enough.”

In the United Kingdom, the Black Triangle Campaign has compiled a haunting ‘welfare body count’. So far it is estimated 60 people who suffered from disability or mental health issues have died needlessly like David or taken their own lives because of the threat of sanctions or implemented cuts to their benefit. (You can find painful and devastating examples of the human cost of welfare sanctions in England here).

Aotearoa has its own growing body count in relation to cuts to public spending and the systematic failure of our government to take care of its most vulnerable. In 2010, Bruce Arnold took his own life after ongoing unemployment and battles with government services. Simon Priest, who was related to Bruce, addresses the Prime Minster in a piece for the NZ Herald, saying:

“Prime Minister, on the night of August 18, 2010, my uncle Bruce Arnold took his own life. He was 60 years old. He leaves behind a wife and son. After a long struggle with your various mental health and ACC agencies and unemployment, depression finally got the better of him.”

With social bonds providing financial incentives to bully people who have a mental health diagnosis into work in Aotearoa, life for those who need support from the state is only going to get worse.

I talked to Corie Haddock, Lifewise Community Development Manager, about the impacts of welfare reforms. He told me:

“The reality is we have a government that doesn’t care about the people of this country.

Welfare should be about two things: catching and supporting those in need, and providing opportunity for those people to change and grow. The WINZ system doesn’t do either of those things.”

When I asked Corrie if he believed the ongoing welfare reforms were punitive to our most vulnerable he responded, “Absolutely, they are completely punitive towards those most in need and the cost is another generation of disempowered people.”

Our government are punishing people who fail to secure jobs that simply aren’t there. Overwhelmingly, the jobs that are available in this country are demeaning, poorly-paid and offer almost no security.

The depressing reality is that welfare, despite the punitive reforms and constant threats of sanctions, can still offer more financial stability (no matter how meagre the state ‘hand-out’ is) than much low-paid work in sectors such as the service industry.

Casual employees often do not get benefits such as sick and holiday pay and are subject to having their hours changed and reduced at short notice. You can’t budget when you never know exactly how many hours you are going to get from one week to the next.

Political parties in this country often talk about ‘job creation’, but rarely do politicians speak of meaningful job creation.

We need jobs that serve people and their wellbeing, not just the economy. We need employers that guarantee hours and act with their workers best interests at heart. What needs to be a priority of political parties in this country is the creation of jobs that contribute to society and our communities, not the profit margins of massively lucrative companies.

In face of mass unemployment in the 1930s New Zealanders got together forming powerful movements to fight for the interests of the poor and working class, culminating in the victory of the first Labour government and creation of the welfare state. If we as citizens of Aotearoa cannot find the courage and conviction to come together in great and undefeatable numbers to demand an equal society. Where wealth is evenly dispersed and employers pay a liveable wage, we will have condemned the coming generations to life-times of debt, depression and disconnection. People in Aotearoa deserve more than just to survive, they deserve to thrive.

This blog is a cross-post from Chloe King’s own website, Posse.