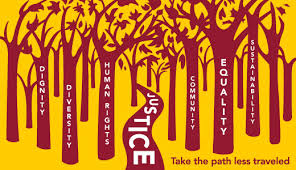 Having been a social and political commentator for a while, I remember the day some years ago when someone told me to go get a job in the public sector “and put your money where your mouth is.” The advice came from someone who’d been in the public service for nearly 15 years and believed I had little knowledge of the challenges people in those roles faced. To my delight (lol) an opportunity came up so I thought I’d give it a shot seeing as it was in the area of Pasifika education and youth development. It certainly provided some helpful insights into the culture of the public service and I’m glad that I came to my senses and eventually left.

Leaving the university for employment in the public service was an exciting move for me taking my love of learning, evidence-based approaches and passion into a policy-setting environment. Well that wasn’t my experience. In fact, my hopes for this role and the reality were worlds apart. I came under managers and management structures that discouraged and many times silenced critical thought and reflection; advancing people and ideas that were institutional, disconnected and lacking compassion. And what saddened me most was that many of my own people – people of Pasifika heritage – were choosing promotion and status over the desire to influence social change. And whilst I don’t begrudge the very real need to get a bit more money to pay your bills, I grieve the way so many of our own give in to the pressures of a neo-colonial workplace.

This working-marriage was never going to work and after a few short years, I was gone. In fact things became so inglorious that my then regional manager chose to tell it was time to seek other employment opportunities granted all the turmoil I’d caused, while he stood unzipped over the men’s urinal. Talk about taking the piss out of something. Admittedly, I did meet some amazing people with a real heart to affect social change. But more often than not, like me, they were on the factory floor of the public service squeezed of their voice, personalities and aspirations. We certainly had each other to draw strength from, but the culture of the place is so hierarchical and linear that it bleeds your soul.

The state services code of conduct has some underpinning principles like integrity. fairness, respect, neutrality and professionalism. So I struggled to understand why the culture of the place from senior management ‘down’ was insecure, dishonest, inconsistent and culturally unsafe. Perhaps this will lead me to a chapter on the gross shortcomings of managerialism within the public service, which promotes like-minded, paper-pushing and lacklustre people and practices? Of further concern for me personally is the sad reality that so many of my own people are caught in this neo-colonial rat-race to the ‘top’ only to realise it’s unfulfilling, empty and a complete myth. Tomorrow I’ll be supporting a dear friend who’s going to mediation against a public service employer, who showed them the door because that individual chose to stand up to their dishonesty and cultural hypocrisy. The neo-liberal scrap-heap for people like my mate who actually give a damn about Pasifika people.

Writing this piece reminded me of a comment made in my original induction when I joined the state service. A man who’d spent many years as a bureaucrat in Wellington said – in this place you can do shit-all, relax on a permanent contract and see that bank account fill up faithfully every fortnight. Real leadership fills a team with the necessary hope, practical and often courageous steps required for social transformation. It addresses the social inequalities all too common in many parts of our community and finds ways to facilitate their pursuit to reach their full life-potential. Surely, that is what it means to be a ‘public servant’?