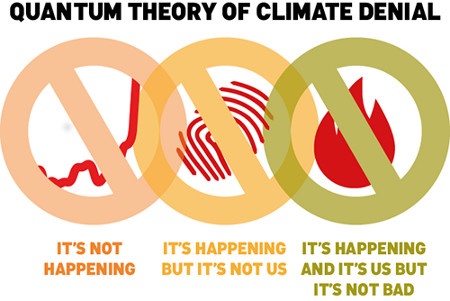 Nothing highlights the intellectual bankruptcy of the Whaleoil blog quite like their climate denial. Now we know Slater gets paid by industries trying to conduct smears and propaganda, I wonder how much of Cam’s climate denial is corporate funded.

Now Cam is up against the Pope who has singled out climate change as one of the most pressing issues facing humanity – because it is.

The Right simply can’t acknowledge they have been wrong on this issue and that free market economics can’t answer the problem.

In the meantime, the NZ Greens have been hammering Climate Change as a major theme and can point to more and more extreme weather events as proof they are actually engaging with a reality that is happening now.

Climate denial and those who peddle it have allowed Politicians to do nothing, the sooner we ignore their self interested sophistry the sooner we can force solutions through the political process.