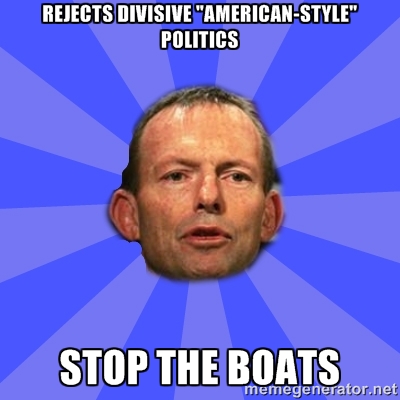 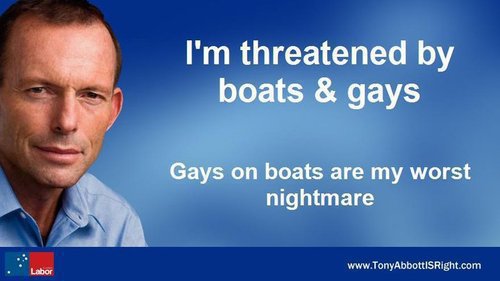 Many of you will recall our prime minister’s recent scaremongering and distraction tactics when he announced that there was a “credible” threat of a boat carrying 65 asylum seekers reaching New Zealand’s shores.

Predictably, of course, the boat got nowhere near the land of the long white cloud, country of immigrants and the home of the fair go (at least the one with Kevin Milne).

At the time, the prime minster claimed that we had instigated our “processes” in how we deal with these things, while being exceptionally thin on the detail of what those processes were.

Media in Australia have since reported allegations that the Australian government paid possibly up to $30,000 for the boat to return to Indonesia. Tony Abbott has refused to directly answer the allegations and has instead focused on his administration’s so-called track record in stopping the boats.

Given this deliberate obfuscation, it is not unfair to suggest that the evidence indicates that indeed Australia has been paying people smugglers to not come further on to Australia. This raises a number of questions.

First, it questions the core of the Australian policy going back to the Howard government. That policy has been to focus on the “people smugglers” – to use criminal and security language to marginalize those on the boat seeking asylum. By focusing on the people smugglers, the glare has not been on fleeing human rights abuse, but on the criminal act of the people smugglers themselves.

Here I wish to make a quick tangential observation. Refugee status is not a beast of our immigration policy. It is a human rights remedy for human rights abuse. It is a protection mechanism, not a discretionary immigration decision. Human rights law obligates countries to protect these individuals. It is important to tailor all of the debate around refugees with this in mind.

This question of complicity is more than just one of economic language, but also directly raises the issue of criminal law. A regular citizen paying these same individuals would be subject to potential prosecution yet the Australian government seems willing to engage in this prohibited behavior under the rubric of “security”.

It also raises the question of whether this is part of the “processes” that our prime minister referred to. Is New Zealand aware of this policy of paying the people smugglers? Is there any complicity on our part – did Australia send the bill to the 9th floor? Our prime minister is currently playing ignorance, yet we deserve more transparency when our PM speaks of “processes” but will not lay these out. The concept of “security” does not demand secrecy. It demands accountable policy making.

Of course, I am being somewhat facetious on my suggestions that the bill was sent on to us. I have no reason to believe this and would hope that our country’s attempts to parrot Australia’s punitive policy on asylum seekers to not stretch so low.

These allegations highlight the ultimate absurdity of Australia’s policies on asylum seekers driven by an undertone of xenophobia and racism. Today, Australian media indicated that this policy of paying people smugglers stretches back to the Labor government, although this is denied by the Labor leader, showing that the stain of this absurdity stretches across both major parties.

This hypocrisy in Australia undermines any claim of Australia being a country where rule of law guarantees access to justice. There can be no access, when justice is completely denied.

It is an embarrassment to New Zealand that this government seeks to imitate such a misplaced policy that does nothing to contribute to a broader regional approach with protection at its core. In truth, this government exhibits no independent foreign policy. This absence of intellect harms our international reputation at a time when we should be pursuing an independent and thoughtful voice while on the Security Council.

June 20 is World Refugee Day. There are more refugees today than at any time since the Second World War. Rather than criminalise refugees and ignore the causative factors forcing people to flee, the international community needs to reframe its thinking on how to provide protection to the millions who deserve it.

But this government is not interested. Refugees don’t buy a lot of milk powder.