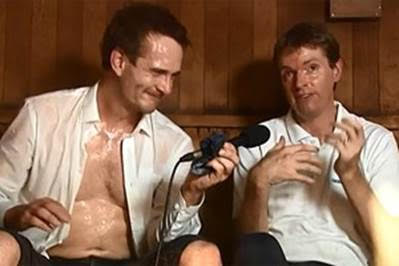 It is difficult to get a man to understand something, when his salary depends upon his not understanding it! – Upton Sinclair (1878–1968)  Muckraking American journalist and author.

TELEVISION CRITIC, Diana Wichtel, advises her readers to look upon the latest free-to-air current affairs offerings as “a sort of absurdist performance art”. It’s an arresting notion: the idea that television journalists, in attempting to make sense of contemporary New Zealand, can produce only nonsense. Either, the current affairs programmes on free-to-air television are accurate journalistic depictions of an increasingly absurd society, or, depicting New Zealand society accurately has become too troublesome for mainstream TV journalism.

This is a grim pair of options. They raise the question of whether or not the demise of serious current affairs journalism is peculiar to New Zealand television, or, whether it ours is merely the local reflection of a worldwide decline in the genre?

Sadly, the answer is that the decline is a peculiarly New Zealand phenomenon.

Just last week, an hour-long episode of the BBC documentary series, Panorama, exposed the most shocking misdeeds of the Royal Ulster Constabulary’s Special Branch, MI5 and the UK Defence Force. Laid bare was the protection afforded to murderers and terrorists by agents of the British state. It was television journalism at its best: fearless, thorough and absolutely gripping. The powerful were held to account; the voices of the powerless rang out loud and clear; and the interests of democratic accountability were well and truly served.

Genuine television current-affairs journalism is, quite clearly, still possible in other parts of the world – so why not here? Has our society truly reached a level of absurdity such that it makes more sense to turn out a product in which the “surely ironically titled” Newsworthyshow’s co-host, David Farrier, “slowly stripped in front of [Conservative Party leader] Colin Craig in a sauna.” The answer, I’m afraid, is: “Yes, that is the level of absurdity that we have reached.”

Thirty years of neoliberal extremism has produced a society in which, for nearly half the population, life has become a bitter struggle for survival. What’s more, the reality of that struggle is becoming increasingly difficult to ignore. Tragedies, like the little girl who died of an illness that was complicated and intensified by the shocking quality of her family’s state-provided accommodation, cry out for action – but no serious governmental response is forthcoming.

It is the function of the news media in a properly functioning democracy to rouse public opinion against such political and bureaucratic delinquency. An aggrieved public, it is assumed, being all that is required to secure a redress of wrongs. This is what the BBC’sPanorama programme sets out to do, and it is what the now discontinued Campbell Liveshow more often than not achieved. (What John Campbell and his team would have made of the little girl’s tragic death is easily imagined!)

And yet, even when it was still being broadcast, Campbell Live always came across as representing the exception, rather than the rule, when it came to free-to-air current affairs in prime time. Indeed, I strongly suspect that every time the show’s producers and journalists broadcast another item critical of the status quo, they were all acutely aware of the massive viewer resistance through which it had to pass. They knew that out there – even among the show’s habitual viewers – there was a vast number of people who simply did not want to know.

Who are these people? They are the New Zealanders for whom neoliberalism is working. The citizens who own their own home, who are holding down a well-paying job, whose children attend a high-decile school, and who would rather not have their noses rubbed in the grim realities experienced by those who have none of these things.

Programmes like Newsworthy and Seven Sharp are what results when the network bosses decide that it is both more profitable and less troublesome to produce programmes for the men and women whose salaries depend on not understanding too much about the sort of society that makes them rich and others poor.

In a land of plenty – like New Zealand – such a situation is not only very wrong, it is also utterly absurd. But, when exposing the former is considered too troublesome, then “a sort of absurdist performance art” is all that remains