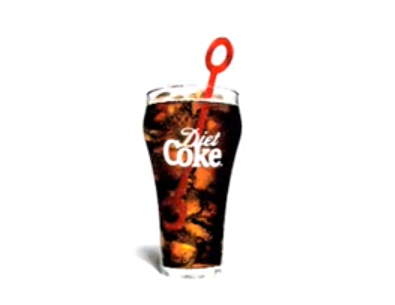 Jody Lloyd aka Trillion Branson needs no introduction to those of us in the NZ Music industry. Jody once went under the moniker “The Litmus” and it’s a fantastic way to describe Jody. Jody is sort of like the conscience of NZ music and love him or hate him theres no denying that Jody voices many of our beliefs, cynicisms and fears about the current political, social and commercial world around us. His “Aspartame Song” called “Super size me aspartame” has reached over 45,000 hits on youtube alone and thats not bad for an indie label with zero corporate backing and completely self funded by Jody himself, check it out…

He is one half of the “Dark Tower” duo, an epic conscious and “Natural Accent” rap act from Christchurch. Their Debut “The Canterbury Drafts” was released on Universal to critical acclaim in 2001 and was nominated for a “best NZ hip hop Tui. They spearheaded a national and then global movement of “Natural Accent M.Cs” that signified a movement away from the mimicry of L.A and New York style Gangsta Rap that has made any local hip hop kind of yucky and schticky, in my humble opinion. So Jody is no new comer and is an accomplished and industrious self produced artist in his own right as well as championing other independent artists on his “She’ll Be Right” label.

“Perfect Freq” is the latest release from his solo project “Trillion” and marks an epic change of pace from conscious, political hip hop to a more ethnic and organic sort of world music. Still very much hip-hop but with much more emphasis on feel than on lyrics or message. Its beautiful music and is a pleasant change from the earnest full frontal assault on the worlds villains I am used to from Trillion. Jody has brought the focus back down to the individual listener and has made a selfless record purely for the benefit of you, the listener.

His issued the instruction to find an hour and thirteen minutes of free time, lie down somewhere comfortable and listen to the album all the way through with eyes closed and with mediative type breathing. At first I was a little pissed off at this, who the hell is he to tell me how to listen to music? But after I got over myself I realised that Jody was offering me a rare gift in this high speed, fibre optical world of instant gratification, he was offering me some alone time, to reflect and be still. So I did. I won’t lie to you and say I had an outer body orgasm and rapid moments of clarity that shock my very self to the core. What I did have was an hour or so of calm and some fantastic music to accompany it.

A lot of research has gone into the instrumentation, sourcing instruments that are traditionally used in healing and shamanistic practices around the world and combining it nicely with his own hip hop sensibilities. It is a wonderful journey through different tempos and ideas, where there are lyrics they are thoughtful and insightful and most of all they are conscious, awake and aware and willing to share with the listener. The first time I listened I fell asleep. It took me a few days to make the time to do it again and I didn’t begrudge Jody the time, I tried to look at it as a gift.

It culminates in the single “The Perfect Frequency of love”, a true masterpiece and one of those songs that an artist can work their whole lives towards and maybe only get once. Have a listen for yourself…

So, there you have it. Its good, honest and pure Kiwi music. It is outside of the machine of corporate music and it’s ours, truly ours, not some striving american wannabe or some desperate egocentric money making scam like much of our top ten radio shit lately.

I understand that there is also a documentary film in the final stages of production about how he has been living the last few years and he is busy doing gigs here and in Bali, where he has been based this past little while. Heres the link to get the album, do yourself a favour.