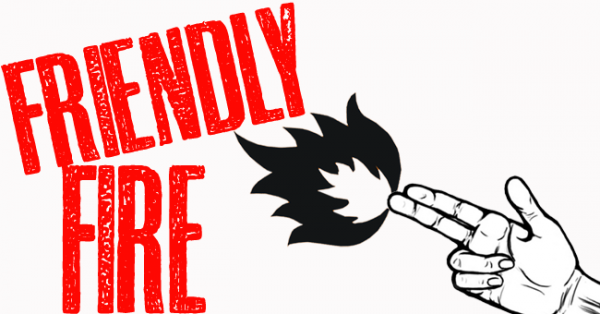 I have been scratching my head for a while. How is it that a supposedly right-wing PR operator like Hooton has become so effective at undermining John Key and his government?

From the Casino deal to the sheep gate, Hooton has been putting forward some of the most compelling and damaging arguments against the Government since Nicky Hager’s dirty politics revelations.

What makes Hooton’s attacks particularly venomous for the Government is that their effects cannot be diluted in discussions about political motives. Hooton, after all, is a true blue through and through.

But why would a right-wing PR operator set his sights at destroying a National government?

Chris Trotter offers his theories here but the clear drift between John Key and Mathew Hooton is perhaps best described by Hooton’s previous grapple with alcohol dependency and John Key’s possible interference with some of his work contracts. More details on that can be found here.

Whatever the cause of the drift maybe, the main question is whether there is a method to Hooton’s madness.

I think there is. Let’s start with the budget.

Bill English’s 2015 budget could best be labeled as a “damage control” budget. Clearly, the visible damage caused by 7 years of neoliberal policies was beginning to bite into the public’s consciousness at an increasing rate.

The Greens, in particular, were very effective at highlighting the plight of poor children who, unlike their parents, could not possibly be blamed for making bad choices.

John Key, in his victory speech at the 2014 general election, had promised a “brighter future for all New Zealanders”. It was becoming clear, however, that this brighter future was all but a distant mirage for many New Zealanders who struggle daily with increasing debts, poor housing, underemployment etc.

Furthermore, the feedback from the recent general election in the UK showed that many had voted for the Tories with their heads hung low. Something had to be done to give neo-liberalism a veneer of compassion.

A series of small steps (in place of much needed giant leaps) were taken in order to give the impression that the Government cared enough to address the issue of poverty.

Mathew Hooton’s post-budget tweets berated the Government and declared them ideologically bankrupt.  Hooton suggested that the budget proved that the Government was moving dangerously to the Left by abandoning their right-wing policies of lowering taxes and limiting social welfare.

As Chris Trotter clearly explained in his blog, Hooton’s lamentations are entirely baseless. Hooton knows this too but he is clearly out to alarm those with vested interest in the triumph of neoliberal policies in New Zealand.

Deep-pocketed neoliberals are not easily ignored because they are the ones that bankroll the National Party’s campaign during the elections and many National MPs are acutely aware of this fact.

Hooton’s post sheep gate’s tweets, declared John Key impotent and argued that the only reason that Murray McCully had not been sacked was because John Key feared what McCully could do to him from the backbenches.

The reference to backbenchers in Hooton’s tweet is interesting because backbenches is of course where Judith Collins has been waiting in exile.

It is my theory that Hooton is planning a quiet internal revolution against John Key whose leadership, like his success as a currency trader, has been underpinned, primarily, by an insatiable desire to win rather than any ideological beliefs or commitments.

Ex-currency trader John Key undoubtedly understands the value of data and trends. He knows that the only way to maintain power is by juggling the interests of his financial backers with the wishes of his voters, many of whom, unlike the corporatized neoliberal minds, care about social cohesion in New Zealand.

People like David Farrar and Cameron Slater have been the pillars of John key’s success. Careful manipulation of media, through dirty politics and other means, have been essential in shaping public opinions which are frequently tested by Farrar for monitoring and refining approaches to policy and PR campaigns.

Key has been able to play a political game of optimization by formulating policies that achieve an optimum harmony between the wishes of his voters (manufactured as they maybe) and his Party’s neoliberal financial backers.

But alas neoliberalism is not about optimization; it is about complete subservience to commercial interests.

Hooton understands this very well so he has set about to alarm the proponent of neoliberalism by pointing out that their true champions are, not at the frontbenches, but at the backbenches of the National Party.

Hooton’s aim is to fan the flames of disunity and discontentment within the National Party by discrediting John Key and highlighting his shortcomings.  He does this by utilizing his insider knowledge and his multiple platforms in the mainstream and social media to promote damaging stories about the Nationals.

It would be interesting to see if the internal disagreements surrounding the new Health and Safety Reform Bill would bring the disunity within the National Party to the surface.

Whatever the case maybe, it is important to recognize that any internal change amongst the National ranks will be to push the Party further to the right where Hooton and his PR firm will be happy to continue to promote and sell neoliberal policies to the media and the masses.

The latest casualty of blue on blue is Cameron Slater who has been accused of illegal hacking activities by, Ben Rachinger. Ben is a young member of the National Party who, by using trickery and deceit, claims to have obtained damaging information against Slater.

It remains to be seen if Rachinger’s allegations will stand up in court but one thing is for sure; it’s dog eating dog out there. Blue is turning on blue.

Donna Miles is a British-born, Iranian-bred, New Zealand citizen with a strong interest in human rights, justice and equality issues. Mojab worked as a senior mathematics lecturer in the United Kingdom for 10 years before migrating to New Zealand as a new mother and setting up a small business in Christchurch. She is a prolific letter writer to The Press and an active member of Christchurch’s Canterbury for Justice in Palestine.