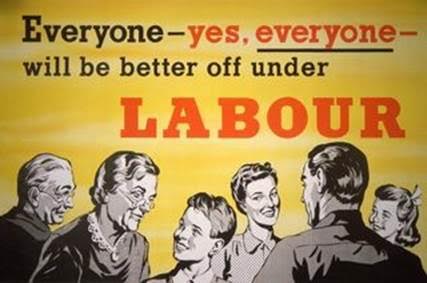 HOW MANY LABOUR MPs could make a reasonable fist of spelling out the priorities of a family with pre-school children? What about the thoughts of a young couple just starting out on their journey through life together? How many could summarise the views of a Tongan cleaner setting out for work very early in the morning, while her neighbour – a beneficiary – lies tucked up warm in bed? And the elderly: those over 70; how closely does the Labour Party’s world view mirror the attitudes of these New Zealanders?

A healthy Labour Party, with a caucus broadly representative of its voting base, could answer each of those questions with considerable confidence. It would know what each group was thinking because, within the ranks of its caucus, there would be MPs drawn from the same demographic slivers. Labour’s politicians would look and sound remarkably like them because they had come from very similar backgrounds and shared many of the same experiences.

It’s why National is so successful as a political party. It’s MPs don’t have to pretend to be members of the professional middle class, or farmers, or small business owners, or upwardly mobile tradespeople – because that’s exactly what they are. Representing such people, and defending their interests, is what National does. The ordinary voter looks at the National Party, at their MPs, and says: “Yep, they’re Nats alright, true blue through and through. When they open their mouths they sound exactly like the people who sent them there. They’re the real deal.”

Can the same be said, honestly, of Labour? Does Labour’s historical constituency: the hundreds-of-thousands of New Zealanders who live off wages; who struggle to pay mortgages or subsist on the old age pension; any longer resemble, or have anything in common with, the 32 individuals who comprise Labour’s current caucus?

How does a family, struggling to get by on or below the median household income of $68,600 per year, even begin to relate to a “representative” earning $150,000 per year (not counting allowances)? The quantum of parliamentary salaries, alone, constitutes a formidable barrier to the sort of trust and identification Labour MPs must have to be effective representatives of working-class New Zealand.

In their much derided review of Labour’s conduct of the 2014 general election, its authors draw attention to the parlous state of the party’s finances. So broke is the party that the reviewers felt moved to warn both the caucus and the organisation that if its financial situation is not improved “then it will continue to experience electoral failure and place the status of the party as a political institution of influence at risk”. Well, here’s an idea (hat-tip to Danyl McLauchlan). Why not make it a rule that a Labour MP cannot take home more than the average wage of, roughly, $55,000 per year. The balance of their income, $95,000, would go to the party. This would guarantee Labour an annual income, from its current 32-strong caucus, of at least $3,040,000 per year, or, $9,120,000 over the three year parliamentary term.

That’s not a bad war chest – and just think of the effect on Labour’s voters! Knowing that their MPs are unwilling to take home more than the average income earner. That they’re prepared to give up two-thirds of their salaries to ensure that, come election time, the party of the workers stands a fighting chance against the party of the bosses. That they’re not just in it for the money, and the perks, and the power. What do you think that would do for building trust and identification?

“But, what person in their right mind would agree to that?”, I hear you say. “How could you possibly hope to recruit competent men and women to stand for Parliament on the offer of the average wage?”

There are two replies to that question. The first points to the quality of the current crop of MPs. These are the product of Labour’s current, utterly Byzantine, selection process. The cynical horse-trading that goes on, as one sector group deals with another to “get their candidate up”; not to mention the bare-faced corruption in the credentialing of selectors makes FIFA look like a paragon of democratic probity. Who would be willing to say that, in every case, Labour’s current crop is worth $150,000 per year?

The second reply addresses the need to attract MPs whose overriding motivation is to make life better for ordinary working-class Kiwis. People who go into politics not because it offers them a long and lucrative career, but because there’s something they want to do. It could be in education, health, the environment or the workplace; the important thing is that, for this sort of politician, the goal is everything. All the other political stuff matters only insofar as it propels them towards the place where real and lasting change can be made.

Candidates with concrete goals should not have to win the backing of jealous sector groups, or secretive moderating committees, but only of ordinary party members, in an organisation-wide ballot – after the fashion of the Greens. Consider a candidate like Dr Liz Craig, who, alongside her husband, Dr David Craig, has fought, inside the party, to put an end to child poverty for close to ten years. Every delegate to Labour’s annual conference knows Liz and David – and what they stand for. If Liz’s name had been on a ballot paper sent out to every Labour Party member, she would be in Parliament today. Not for the money. Not for the power. But for the kids.

And there would be more like Liz. A forestry worker, determined to introduce a world-beating health and safety regime, might be put forward by his union. A school principal, absolutely committed to the reform of our education system might throw his hat into the ring. Or, an aged care worker, dedicated to finally achieving equal pay for work of equal value. The list could easily be extended beyond the 120 parliamentary seats available.

And, as the membership and the public grew accustomed to a Labour Party made up of idealists and reformers, chosen transparently and democratically by those with the most to gain by empowering ideals and reforming this rotten economic system, then, very rapidly, Labour would, once again, look and sound like the workers’ party it was always intended to be.